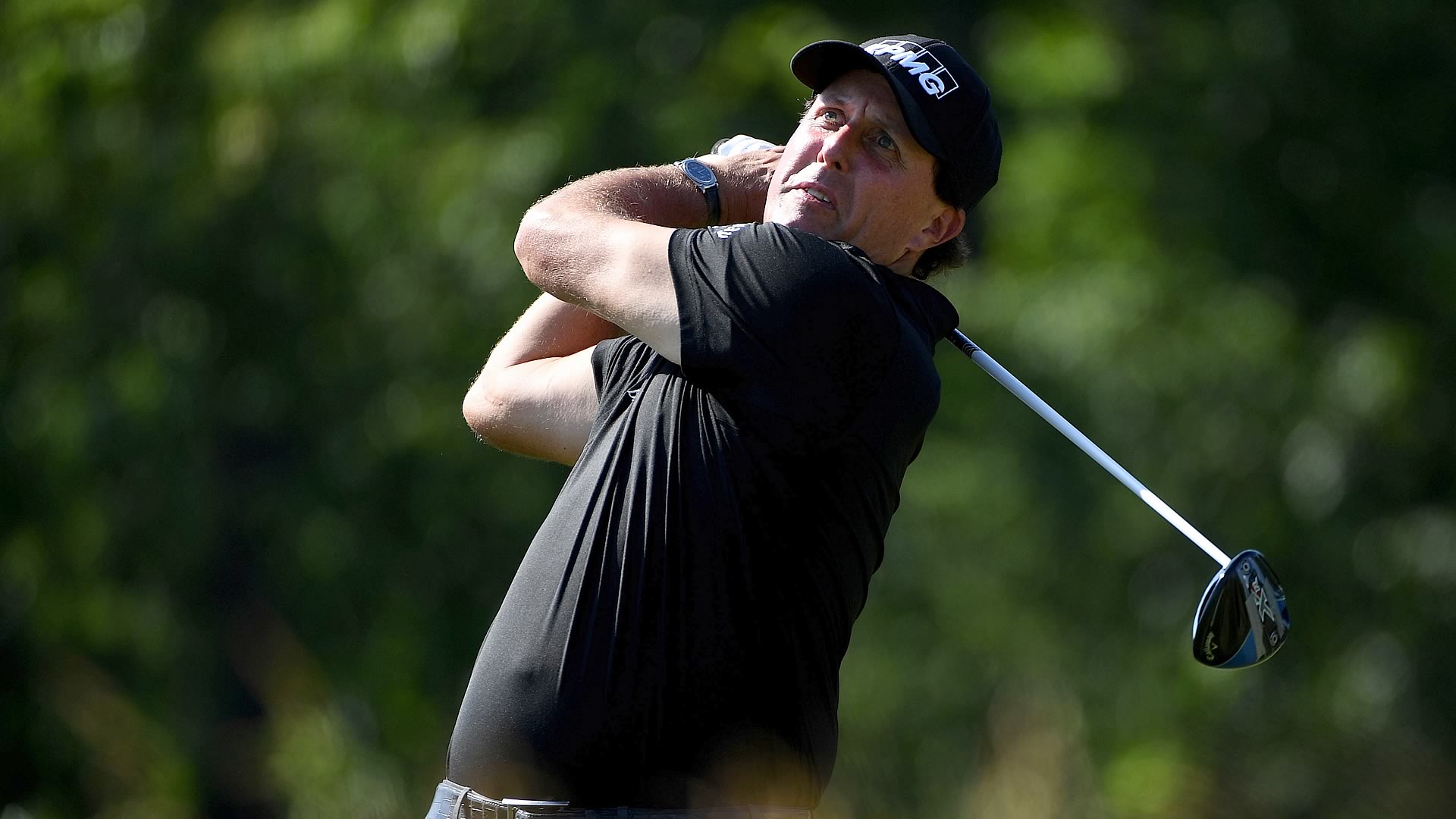 Lefty returned early Saturday at Oakmont to complete his second round of the U.S. Open and ended at 7 over par.

“I would be surprised if I didn’t make it,” Mickelson said, knowing half the field still needed to play the second round before a cut was made.

Mickelson missed by one.

Rory McIlroy and Rickie Fowler joined Mickelson as the three biggest names to miss the cut.

Fowler and Mickelson are the only two players ranked inside the world top 50 to miss the cut at the Masters, Players and U.S. Open. This is only the third missed cut for Mickelson in 26 U.S. Open starts. Fowler is a combined 25 over par in his last four U.S. Open rounds. McIlroy had finished inside the top 25 in each of his last nine consecutive majors.

“I actually thought I played really well, except I let four or five par putts kind of slide, and all of a sudden I’d be 2 over and right in it,” Mickelson said before he realized he missed the cut. “You can’t do that here because you don’t have those birdie opportunities to offset it, offset those mistakes.”

Mickelson hit plenty of fairways but failed to capitalize on that and missed 16 of 36 greens in two rounds. Ultimately that put too much pressure on his short game.

Fowler shot 76-75 and missed the cut by five shots.

“It’s tough out there, wish I could’ve had a better start,” Fowler said. “I’ve kind of been on that fine line the past couple months and it’s a grind.”

McIlroy made double bogey on the final hole to miss the cut by two shots. He hit his tee shot into a bunker and left it in the bunker on his second shot. He hit his third shot out of the bunker, his fourth onto the green, then two putted for double-bogey 6. He declined to speak to the media.

Justin Rose, Patrick Reed, Luke Donald, Ernie Els and Brandt Snedeker are among other notables who failed to qualify for the final two rounds.

Ten of the 11 amateurs in the field missed the cut. Only Jon Rahm, who is turning professional after this event, made the cut.