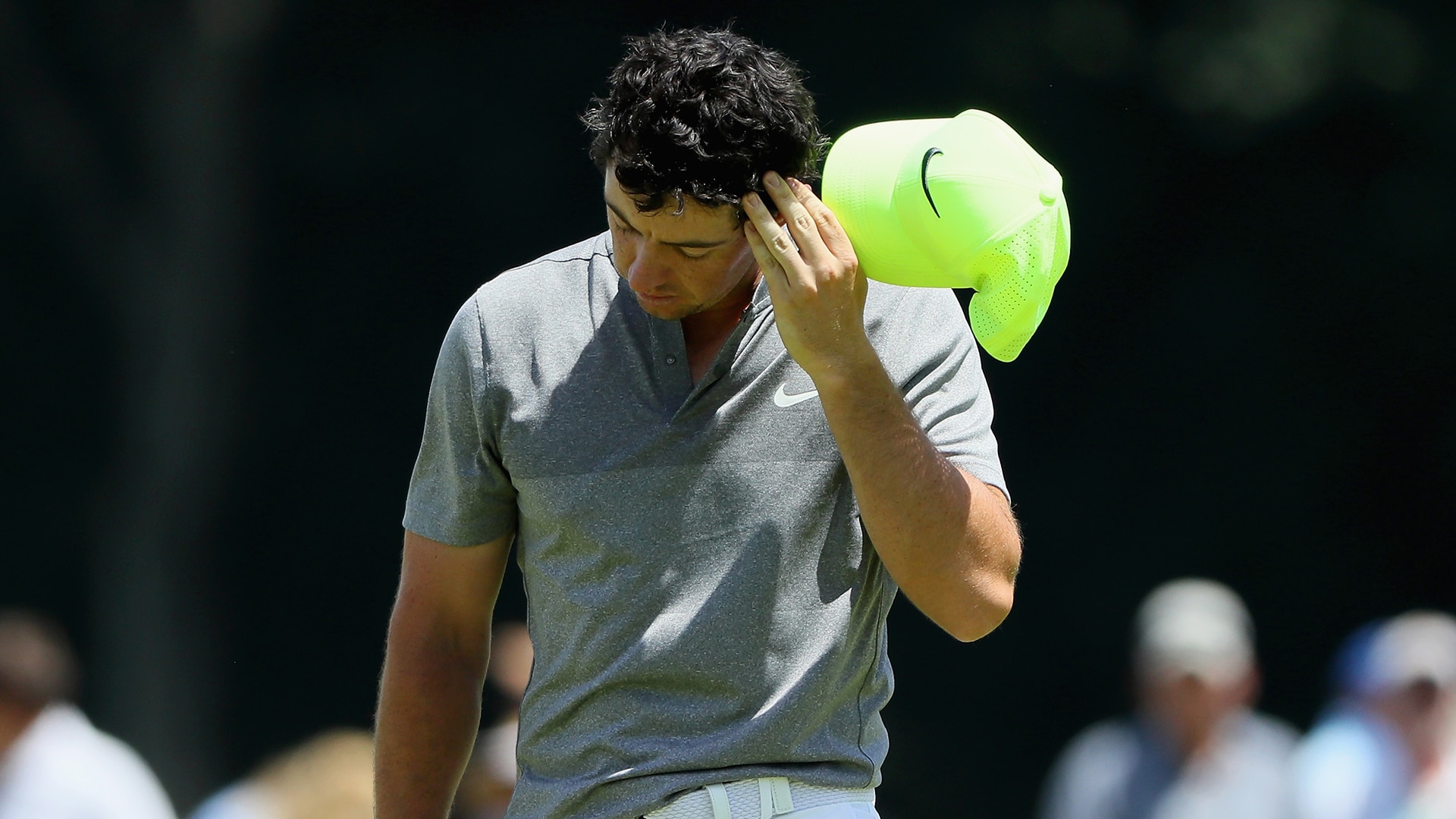 OAKMONT, Pa. – Rory McIlroy bolted Oakmont’s stately clubhouse without speaking to the media. There really wasn’t anything to say.

The world No. 3, who stumbled to an opening 77 at the U.S. Open, was fresh off a double bogey-6 on his final hole. His second-round 71 left him two shots off the cut line and his body language spoke volumes.

After saying that his swing never felt comfortable during the weather-delayed first round, McIlroy spent the twilight hours on Friday searching for answers on the practice tee. For at least his first nine holes of the second round, he appeared to find them.

Things came apart quickly on the closing loop, however, with a four-putt for double bogey at the third hole and another miscue at the sixth.

He arrived at the par-4 ninth needing a par to play the final two rounds. McIlroy’s tee shot found a fairway bunker, and his approach clipped the top of the hazard and rolled back in. After pitching out, he hit his fourth shot to 16 feet and two-putted for double bogey.

The Ulsterman missed the cut for just the third time at the U.S. Open and the first time in a major since the 2013 Open Championship.