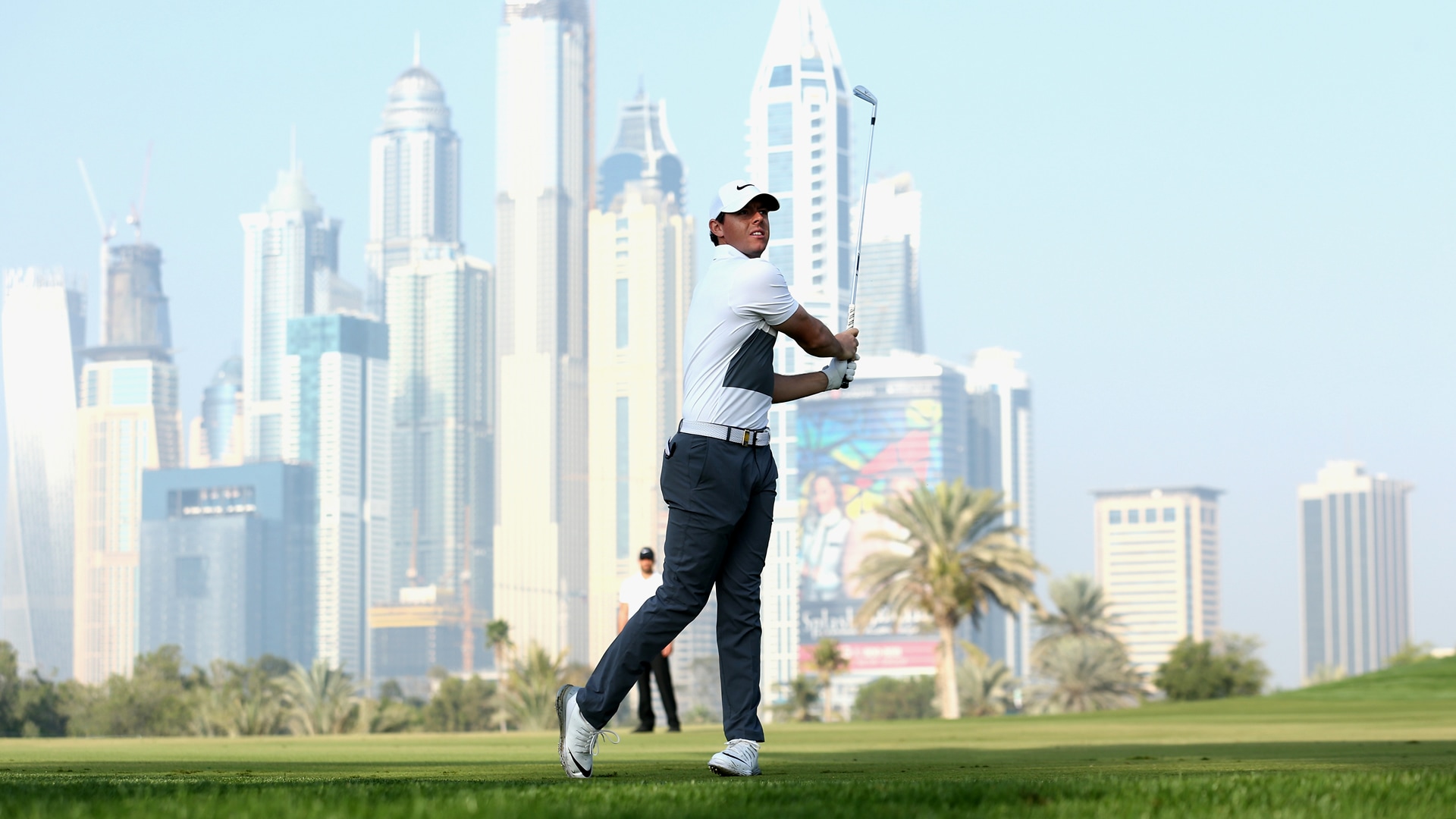 Rory McIlroy was scrambling Thursday at the Omega Dubai Desert Classic, before his title defense really got off the ground. But despite the rocky start, McIlroy was able to cobble together a 4-under 68 that left him two shots behind early leader Alexander Noren.

McIlroy started his round on the par-4 10th, where he needed two swipes to escape a greenside bunker. He rolled in a putt from off the fringe to save bogey, then encountered some more trouble when his tee-shot at the par-5 18th found the water.

Hardly an issue, though, as McIlroy then launched his third shot onto the green and rolled in a putt for an improbable birdie. His inward half included a run of three birdies in four holes, capped by a near hole-out from more than 200 yards on No. 6.

"I thought I did well, considering the start and having some of the shots I hit throughout the round," McIlroy said. "To be able to shoot something at least in the 60s today was very pleasing. I didn't have my best stuff out there at some points, but when I got myself out of position, I was able to get myself back in position and make pars and a few birdies out there."

Dubai has become an easy-access ATM for McIlroy in recent years, including his season-ending Race to Dubai titles in both 2014 and 2015. He hasn't finished outside the top 10 at this event since 2008 and has won twice in that span, including last year.

McIlroy needed 28 putts to complete his opening round, and added that he has seen noticeable improvements in his putting as he looks to keep pace with the likes of Jordan Spieth and Jason Day in the world rankings.

"I still feel there's room for improvement in that part of the game, but it's definitely gotten better," he said. "Putting, sometimes it goes your way one week and sometimes you don't quite hole as many as you think you should. Overall I feel like the consistency of my putting has got much better, so I'm very happy about that."