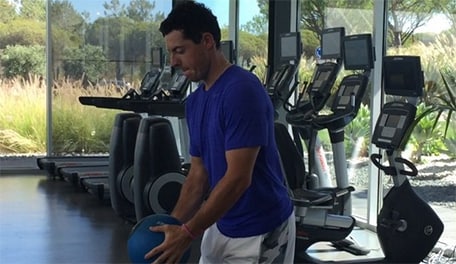 No crutches. No cast. No ankle tape.

And no visible signs of discomfort.

If Rory McIlroy isn’t yet ready to return at the PGA Championship next week, he at least showed in a video posted on social media Wednesday that his health has markedly improved over the past month.

McIlroy, who said he ruptured ligaments in his left ankle while playing soccer with friends on July 4, has ruled himself out of the WGC-Bridgestone Invitational, but questions remain about his status for the PGA at Whistling Straits. His manager, Sean O’Flaherty, told GolfChannel.com that the world No. 1 is “taking it day by day” and that he’s “progressing well” through rehabilitation. He told the BBC that another update would come Thursday.