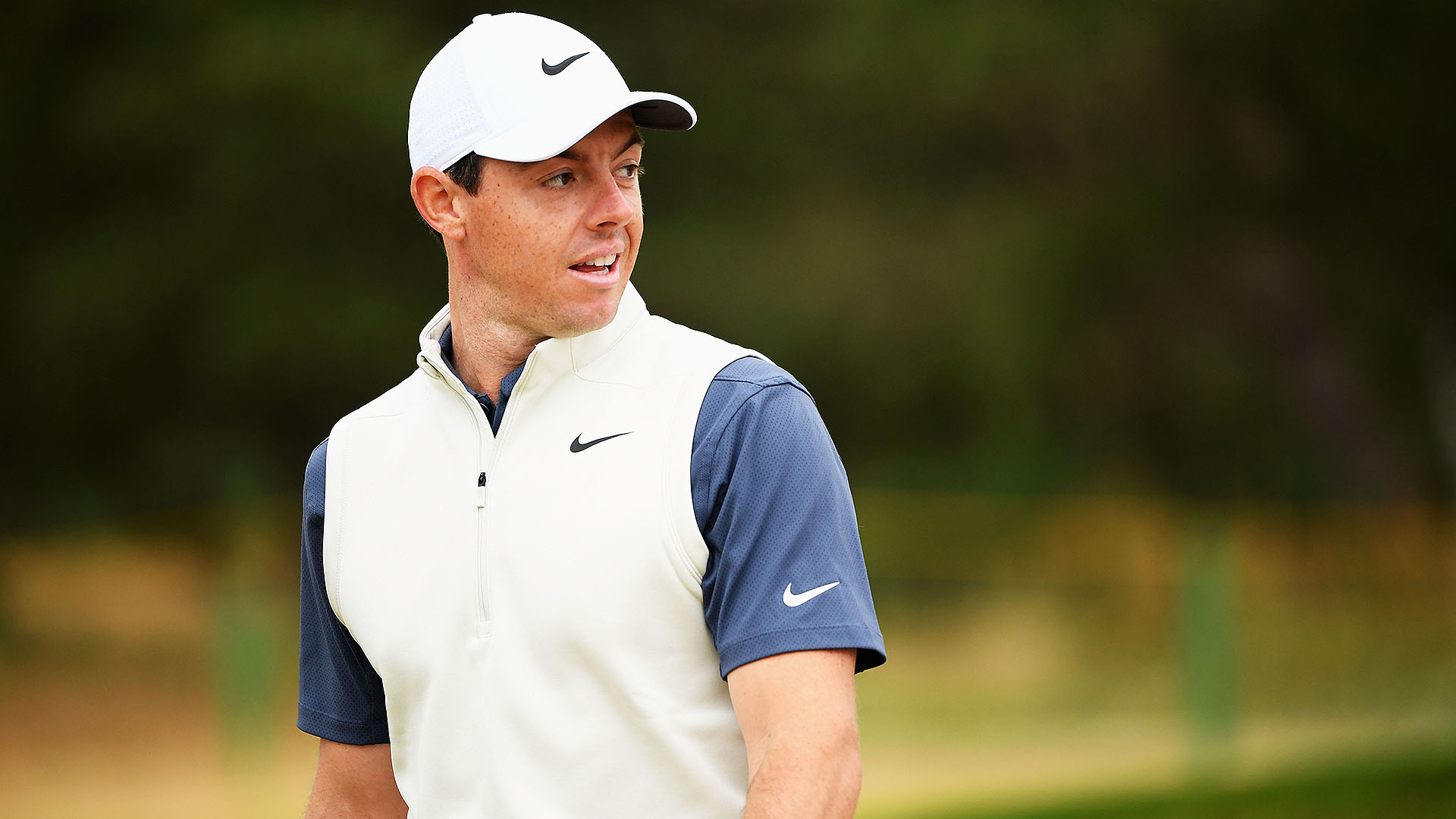 They're both three shots off the lead, but after starting The Open with rounds in the 60s Rory McIlroy and Jon Rahm are now betting co-favorites to lift the claret jug at Carnoustie.

McIlroy is four years removed from his Open triumph at Royal Liverpool, while Rahm remains in search of his first major title. Both carded rounds of 2-under 69 in Scotland to sit three shots off the lead of Kevin Kisner. While McIlroy started the tournament at 16/1 and Rahm at 20/1, they're now dead even at 10/1 in updated odds at the Westgate Las Vegas Superbook.

Kisner started the week at 200/1, but after an opening-round 66 he's quickly been trimmed to 25/1. Tony Finau sits one shot behind Kisner and is now listed behind only McIlroy and Rahm at 12/1 after starting the tournament at 60/1.

On the other side of the coin, consensus pre-tournament betting favorite Dustin Johnson fell from 12/1 to 100/1 following an opening 76 while Masters champ Patrick Reed shot a 4-over 75 to plummet from 30/1 to 200/1. Trailing by five shots following an opening-round 71, Tiger Woods' odds remained unchanged at 25/1 as he seeks a 15th career major title.

Here's a look at the revised betting odds heading into the second round at Carnoustie: