McIlroy re-aggravated back, posts 73 in Rd. 1 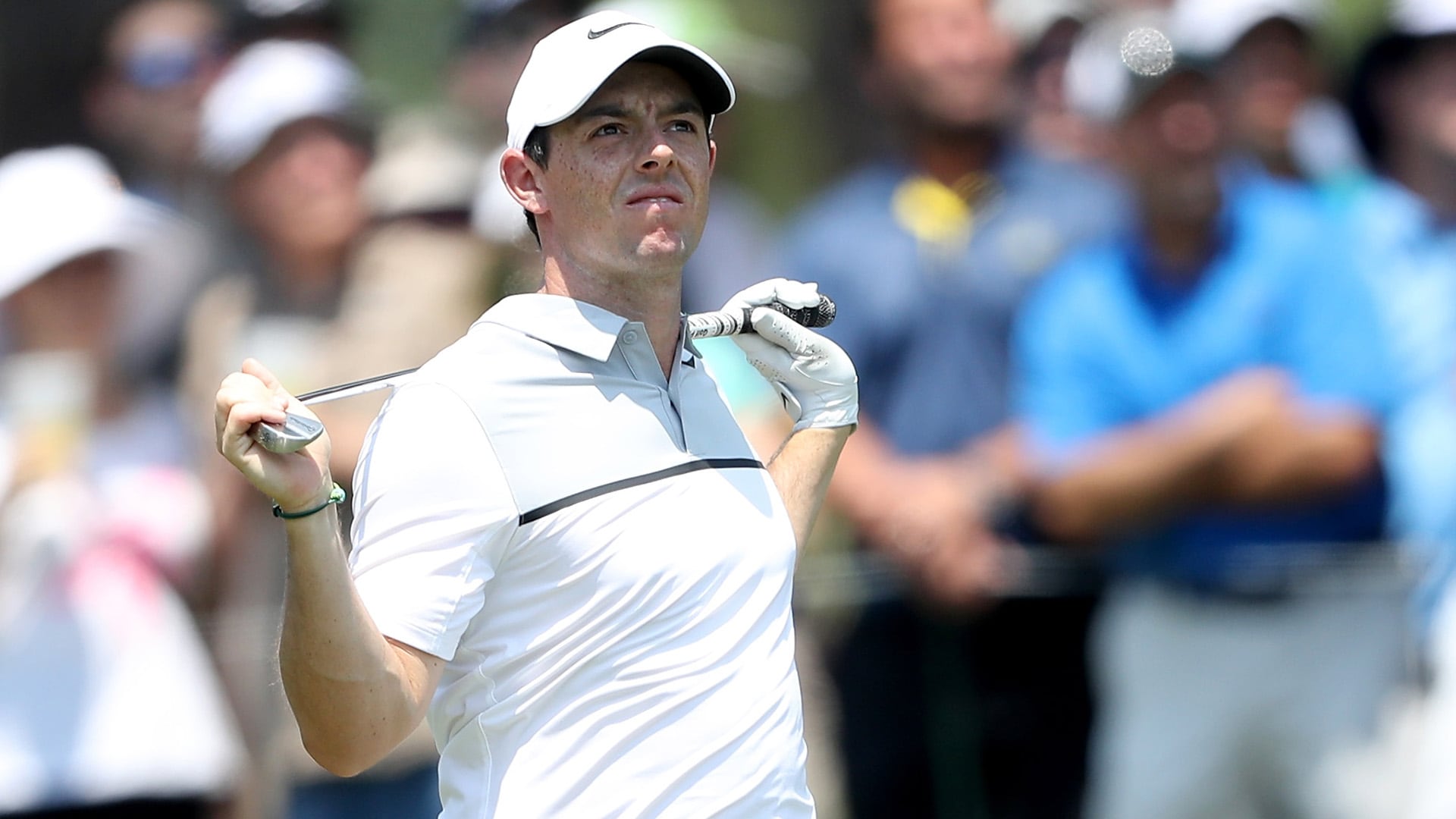 PONTE VEDRA BEACH, Fla. – Two late birdies at the 16th and 18th holes helped brighten Rory McIlroy’s mood after opening The Players with a 1-over 73. Well, that and the fact that he’s not 100 percent healthy this week.

McIlroy, who didn’t play in February as he recovered from a rib injury, said he re-aggravated the ailment in the build up to this week’s championship, which limited his preparation.

“My back has got a little bit stiff again, I guess just from obviously building it up and playing through and then not doing anything for three weeks and then coming back last weekend and hitting balls for four or five hours a day,” said McIlroy, who is playing his first event since the Masters after getting married on April 22.

Following his honeymoon, McIlroy spent the last few days preparing to return to competition and testing equipment prior to his signing a new endorsement agreement with TaylorMade on Tuesday.

McIlroy, who was limited to just nine holes to prepare for this week’s event, bogeyed his first hole and was 3 over par with a double bogey-6 at the 14th hole, but rallied with birdies at Nos. 16 and 18.

“I just aggravated that joint in my back again, the thing that sort of happened at the start of the season,” he said. “I've sort of been trying to rest that and manage that, so I think that's why I'm a little bit rusty, as well.”