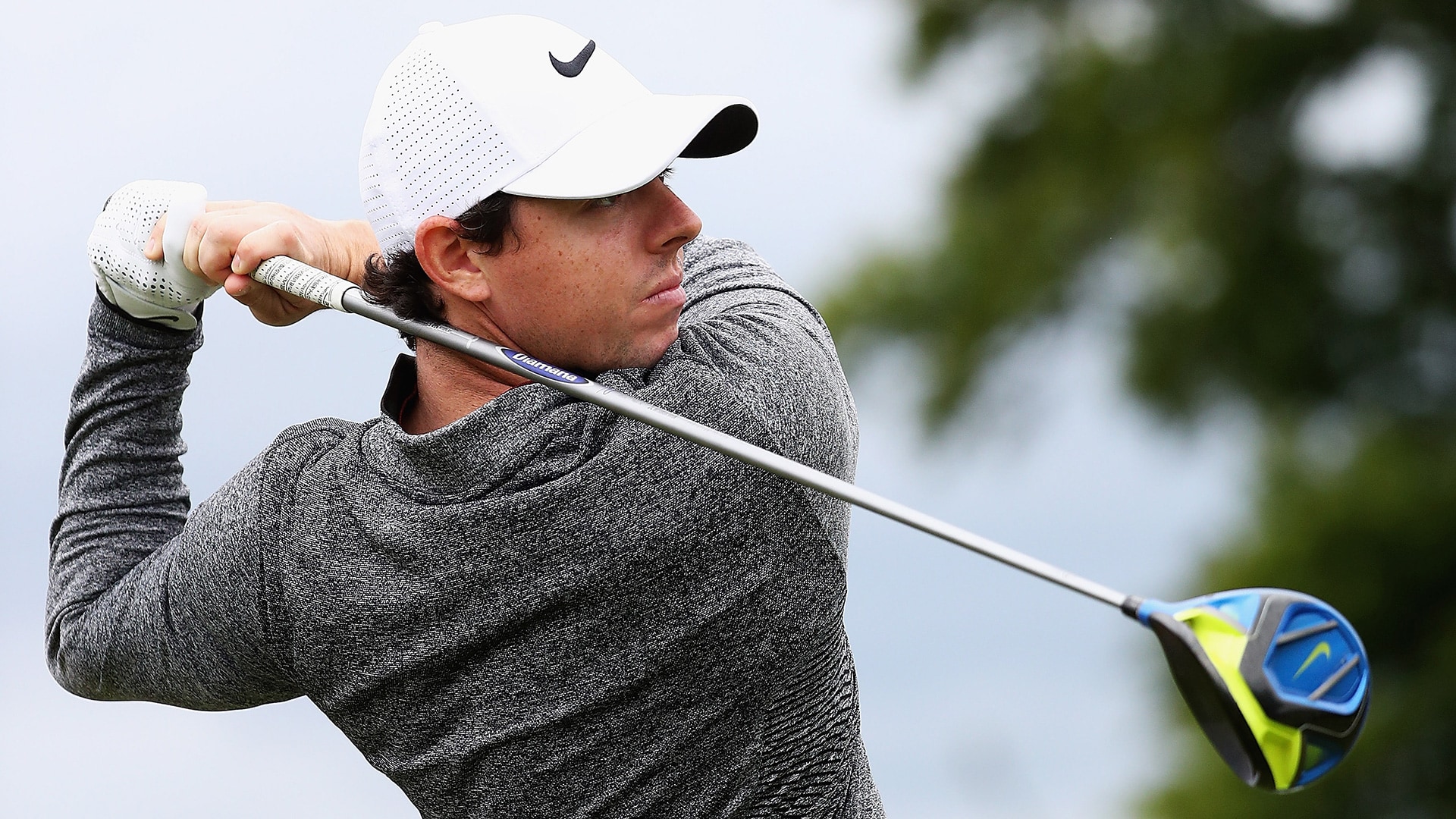 Rory McIlroy is still getting comfortable with some recent swing changes, but he was able to grab a share of the lead heading into the weekend at the 100th Open de France.

McIlroy had the lead to himself after getting up and down from short of the green at the par-5 14th, but he tugged his tee shot a fraction left on 18 and found the water for his only blemish on the day.

McIlroy admitted this week he has been working on several fixes to his powerful swing, and the four-time major champion is hoping to have the swing thoughts out of his head before The Open in two weeks.

"It doesn’t feel very natural at the minute," McIlroy said. "It’s quite mechanical and there’s a lot going on in terms of what I am trying to do, but it feels good, it’s in a good groove. I’m concentrating a lot on it. I feel like if set myself up well with alignment and everything, then if I make a good swing it goes where it should. So that’s a positive, and hopefully I continue to do that over the next couple of days.”

The bad news for McIlroy's closest pursuers is he has won the last three times he's held or shared the 36-hole lead. And with his recent swing changes, McIlroy is clearly not in top form yet. His putter is making up for some squirrely shots. McIlroy took 28 putts in Round 1 and 27 on Friday.

"If I focus on what I need to do in my golf swing, then hopefully the rest will take care of itself," he said. "I’ll hit some good shots and hopefully take advantage of some of the opportunities I give myself."