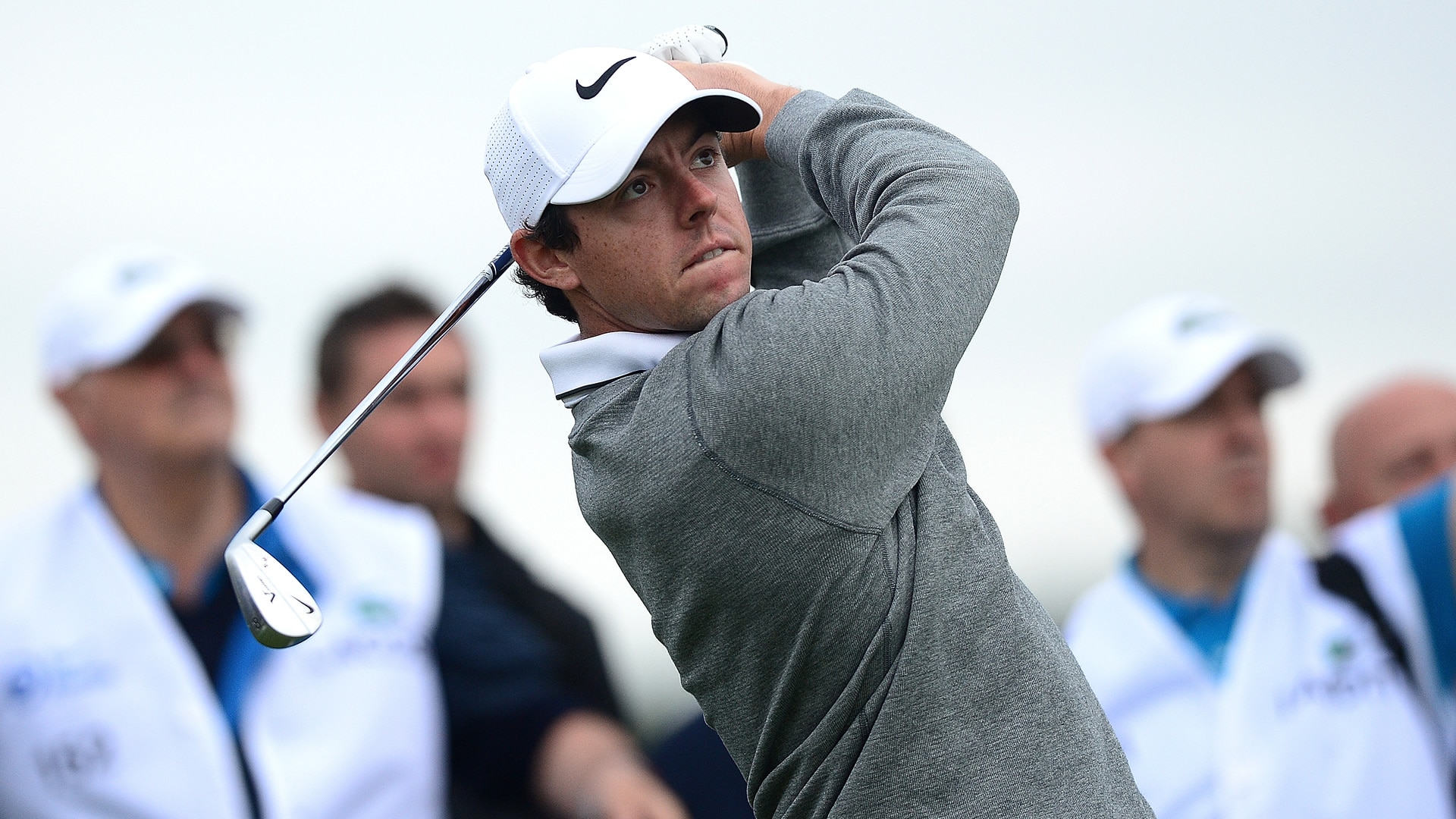 A roller-coaster round ended in a valley for Rory McIlroy on Thursday at the 100th Open de France. A valley filled with very tall grass.

McIlroy was 1 under par playing the par-4 seventh, his 16th hole of the day, when an errant tee shot ended up in some ghastly rough. It took two swings to fully extricate his ball. McIlroy did very well to make a bogey on the hole, muscling out his third shot to the back of the green and two-putting for a 5.

That was one of four dropped shots for McIlroy at Le Golf National in Paris. He also made four birdies for an overall, even-par 71. He is five behind Dane Lucas Bjerregaard (66), who led when McIlroy finished his round.

''I've got about four or five swing thoughts out there at the minute,"McIlroy said, "so that's why I'm sort of happy with 71."

McIlroy said leading into the event that he used his missed cut at the U.S. Open as a chance to fix some issues in his game and is in the process of some swing changes.

Beginning at the 10th, McIlroy turned in 1-under 34, complete with three birdies and two bogeys. He dropped a shot at the fourth, picked it back up at the fifth, and then concluded his scoring with the bogey at No. 7.

McIlroy had a putt inside 20 feet for birdie at the eighth but couldn’t convert. He then hooked a 3-wood approach shot on the ninth and settled for a two-putt par-5.

About those swing changes:

"My left-hand grip is too strong, takeaway was going on the inside, wasn't holding my right elbow properly at the top of my swing, wasn't getting my right knee out of the way on the down-swing. I've been working on a few things," he said.

"[Coach] Michael [Bannon] and I have done a good bit of work over the last few days, trying to bed some stuff in. It will take a while but I was encouraged with some of the shots I hit out there today.

"I was joking with my friends at the weekend: I've got 17 swing thoughts down to about five, so I'm doing OK. Try to get that to two next week."

This is McIlroy’s final tournament before The Open Championship, in two weeks.