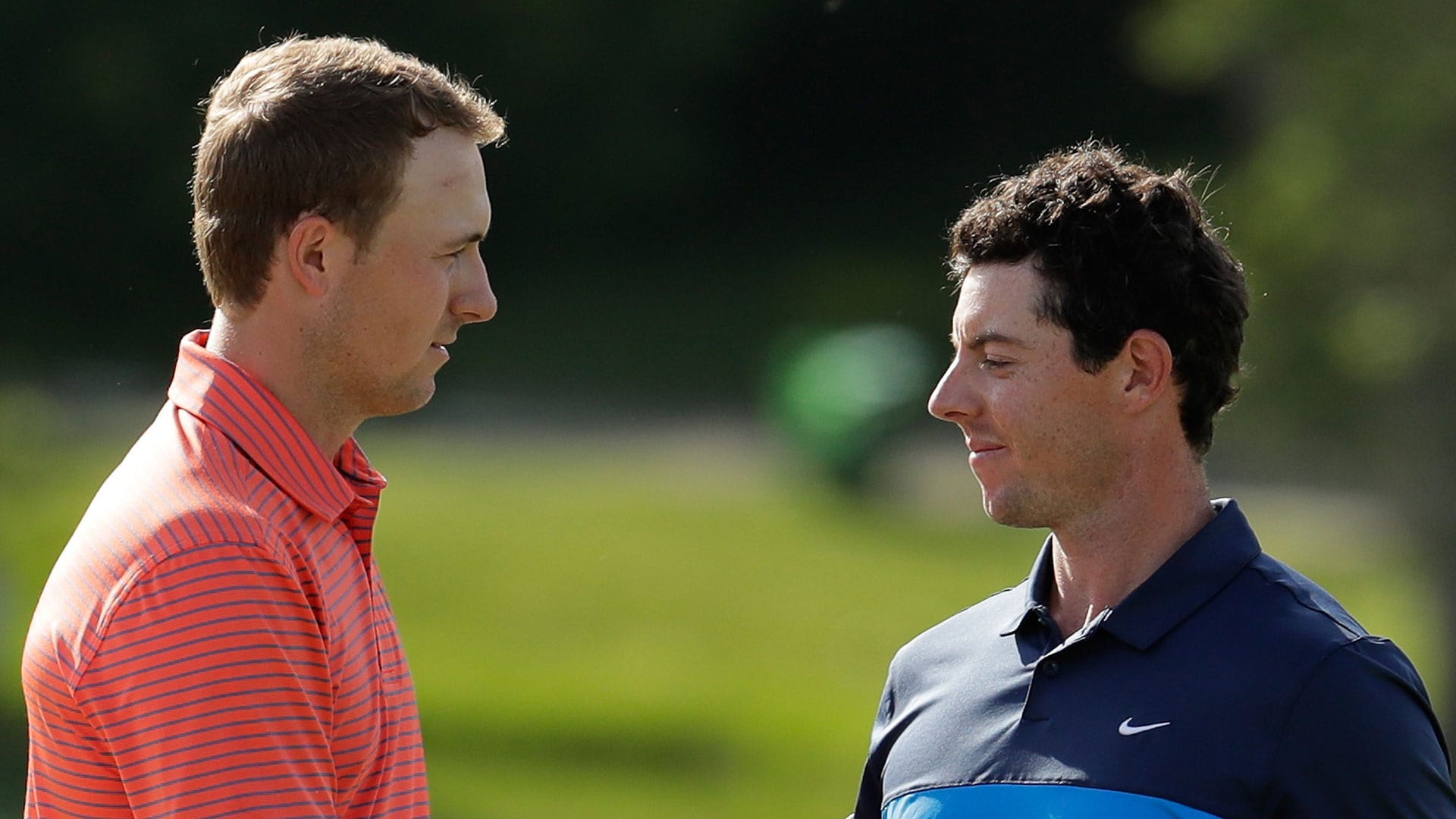 DUBLIN, Ohio - Jordan Spieth and Rory McIlroy teed off together Friday afternoon with a lot of ground to make up.

Brendan Steele and Matt Kuchar were already in the clubhouse at 12 under par, and the world Nos. 2 and 3 needed low rounds to have a chance of catching the leaders.

Spieth bogeyed two of his opening four holes and was in danger of missing the cut. But last week’s winner at Colonial birdied six of the last 12 holes for a 4-under 68.

“Nice to hit some fairways, and when I didn't I was still able to have the ball on the green,” Spieth said. “I felt like I had enough chances to get in a rhythm with the putter.”

McIlroy got off to a much better start than Spieth. He opened with seven birdies and a bogey through 11 holes and sheepishly admitted he was a little disappointed not going lower than a 6-under 66.

“It sort of fizzled out at the end,” McIlroy said. “I thought it had the potential to be something quite special after 11 holes, and then I missed something where you just can't miss it on 12. Then I made one birdie on the way in. But I felt like after 11 that it could have been at least a 64 or 63.”

McIlroy finished one stroke ahead of Spieth and is five strokes off the lead. The Ulsterman is among a group of 10 players at 7 under that includes world No. 1 Jason Day and Phil Mickelson.

Spieth is six strokes behind, and with rain expected to soften Muirfield Village even more, it would make sense for Spieth to play more aggressively.

But he plans on taking a different approach.

“Normally I'd say play aggressive on the weekend to try to make a move,” he said. “I think I need to play more conservative. I hit the ball into some wrong spots early in the round without giving myself any chance at even making a long putt for birdie. So if I pick more conservative targets and really put committed swings like I did the second half of the round - again, my putter, I feel great over the ball with my putter right now. I just need to have more chances.”