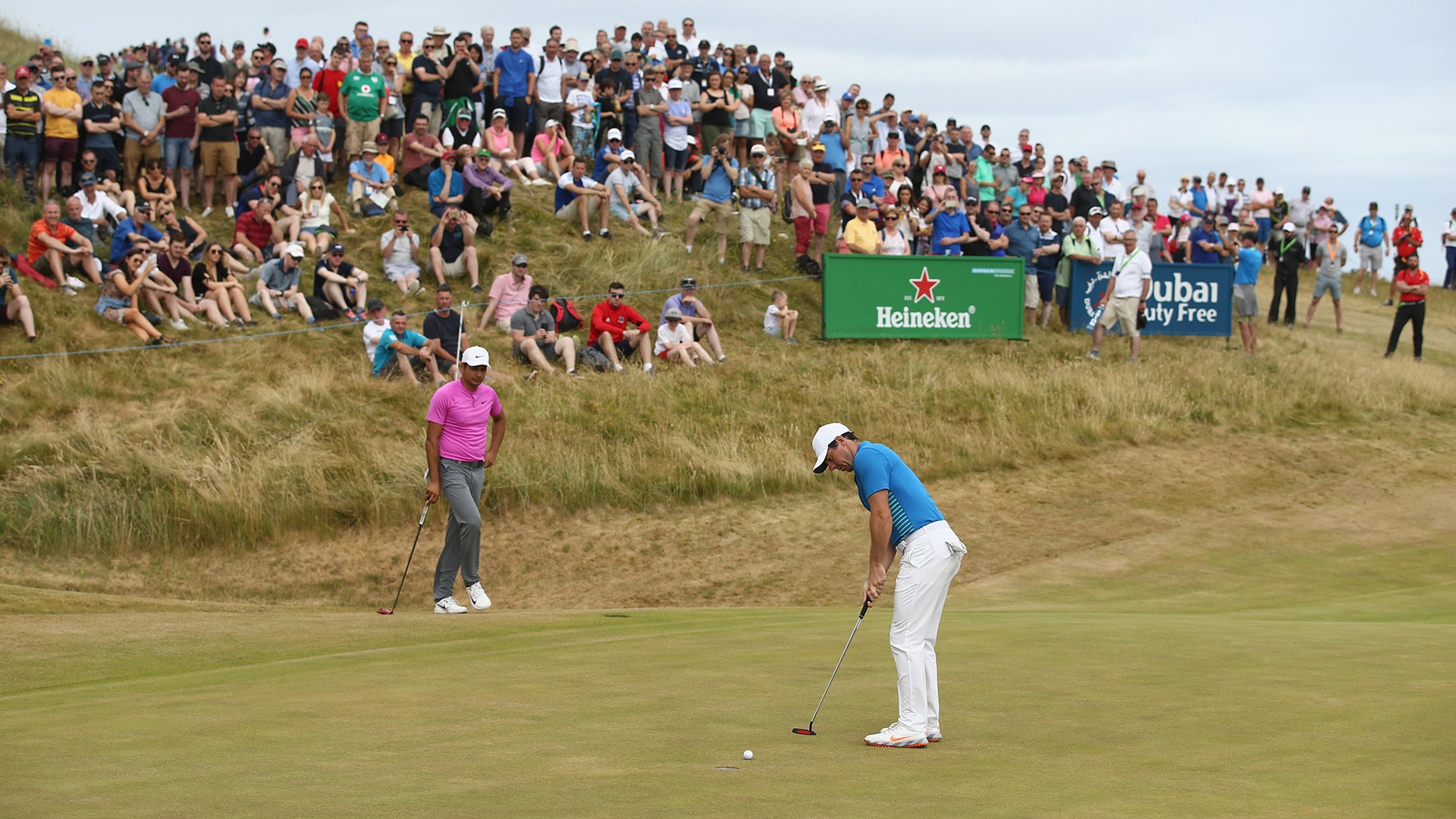 Rory McIlroy realized what he needed to fix with his putting stroke.

The question is whether he’ll be able to do it before the year’s third major.

Speaking to reporters after a third-round 72 left him 13 shots off the lead at the Irish Open, McIlroy said that he’s been practicing his stroke in the mirror and realized that he was aimed too far left. Through two rounds he was outside the top 100 in putting.

“This week has been good to realize a few things,” he said afterward. “I got on the mirror the last couple of days and realized that I was aiming a bit further left than I thought I was, and the bad putts were going left. At least knowing that, I know what I need to do to not do that and start the ball on-line.”

McIlroy said it’s the same problem that he’s been fighting in his long game – he’s dragging the club left at impact. He’ll try Sunday (and during an off-week before The Open) to release more straight down the line.

The world No. 8 has three top-12s in his past four starts, but he’s tied for 33rd heading into the final round at Ballyliffin.

“At least it’s been a good week for that in terms of what I need to do going forward,” he said. “If that’s a habit that’s crept in, it’s not going to disappear overnight. I’m going to have to work on it for a few days.”