Due to injury, McIlroy turns his back on new bride 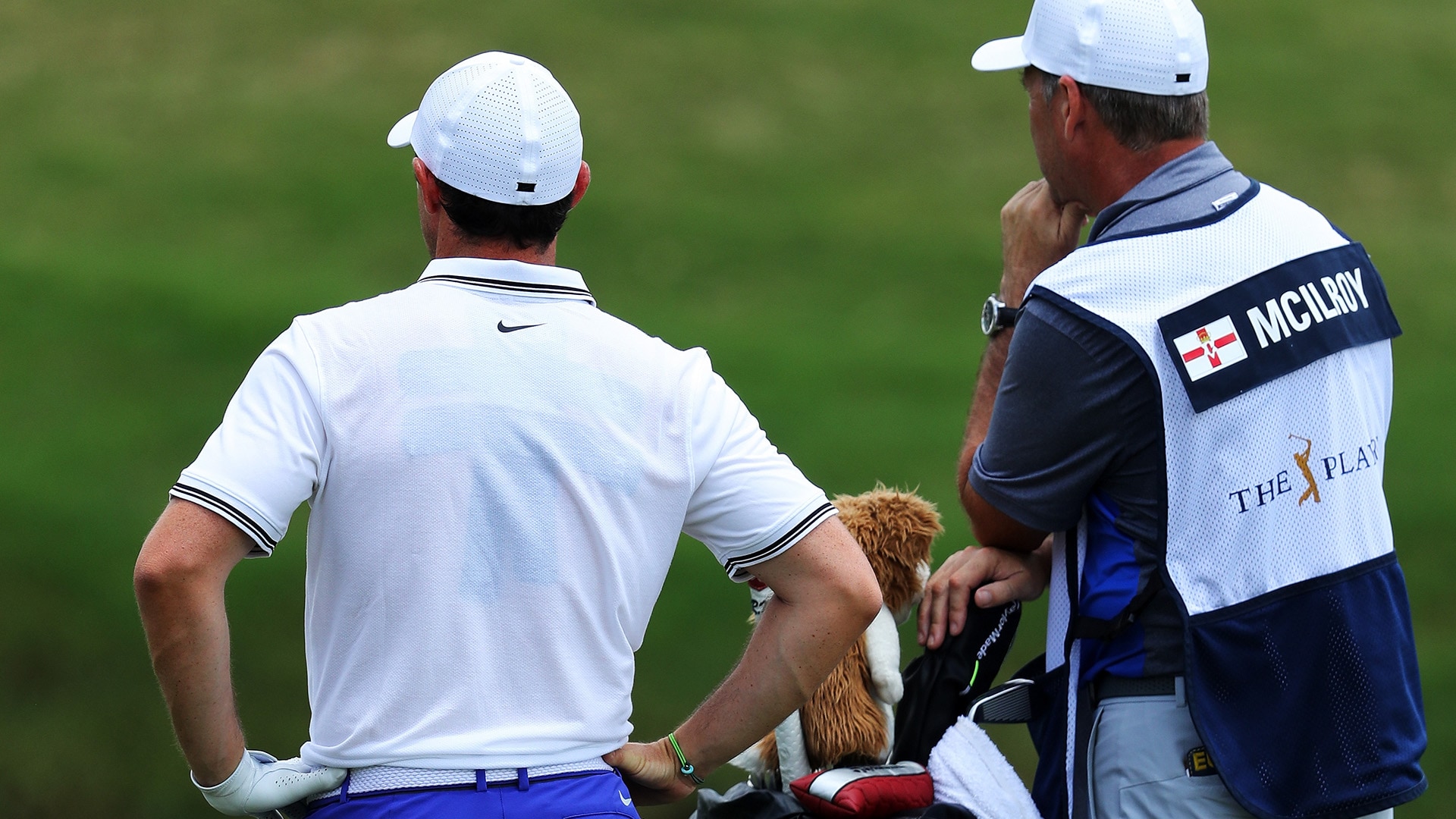 PONTE VEDRA BEACH, Fla. – Rory McIlroy’s 1-under 71 wasn’t what he was hoping for on Day 3 at The Players, but all things considered he said it was progress.

Despite a three-putt bogey at the last to move to 1 under for the week, the world No. 2 said his game doesn’t feel much different than it did on Thursday, which is a good thing considering he’s been slowed by a back/rib ailment this week.

“I think that it even felt a little bit easier out there today. Which is good,” said McIlroy, who is wearing athletic tape to keep his muscles engaged and has been having therapy after each round. “I don't know if it's just me getting used to it or if it's actually a little bit better, but it isn't any worse, so that's a positive.”

McIlroy, who missed a few starts earlier this year with a rib injury in his back, plans to have a magnetic resonance imaging test on Monday in Belfast.

“I'm hoping that it just shows a slight little tear in the muscle or something like that. A little strain,” he said. “It's in the same place as before, but it's so much better. I have full rotation, I don't have trouble breathing, so all the signs point that it's not going to be too serious, it's just giving me a bit of discomfort.”

In an effort to take some strain off his back, McIlroy said he’s been trying to sleep on his right side at night, but that has created another interesting development for the newlywed.