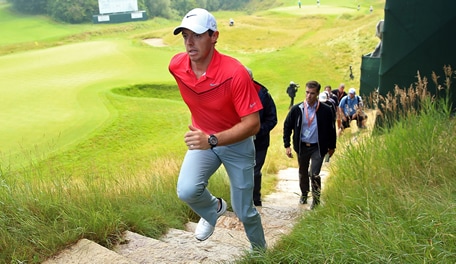 That doesn’t mean he’s about to change his lifestyle.

McIlroy said Wednesday that he had actually played soccer with friends four or five times in a 10-day span before his left foot caught in the turf July 4 and he suffered a severely sprained ankle that forced him to miss three tournaments, including the Open at St. Andrews.

“I’ve done a lot of rehab and a lot of hard work to get back as quickly as I could,” he said.

McIlroy said he also rolled his ankle in late 2013 but the injury wasn’t severe enough for him to miss any events.

When asked if he was going to stop playing soccer – as some of his peers have suggested – the world No. 1 said no.

“I might take some precautionary measures next time,” he said. “Maybe wear ankle braces on both ankles. But apart from that, I’m not going to stop doing what I do. I enjoy that part of my life. I enjoy having that normalcy in my life, something that I’ve done since I was a kid and I won’t stop doing that, no.”