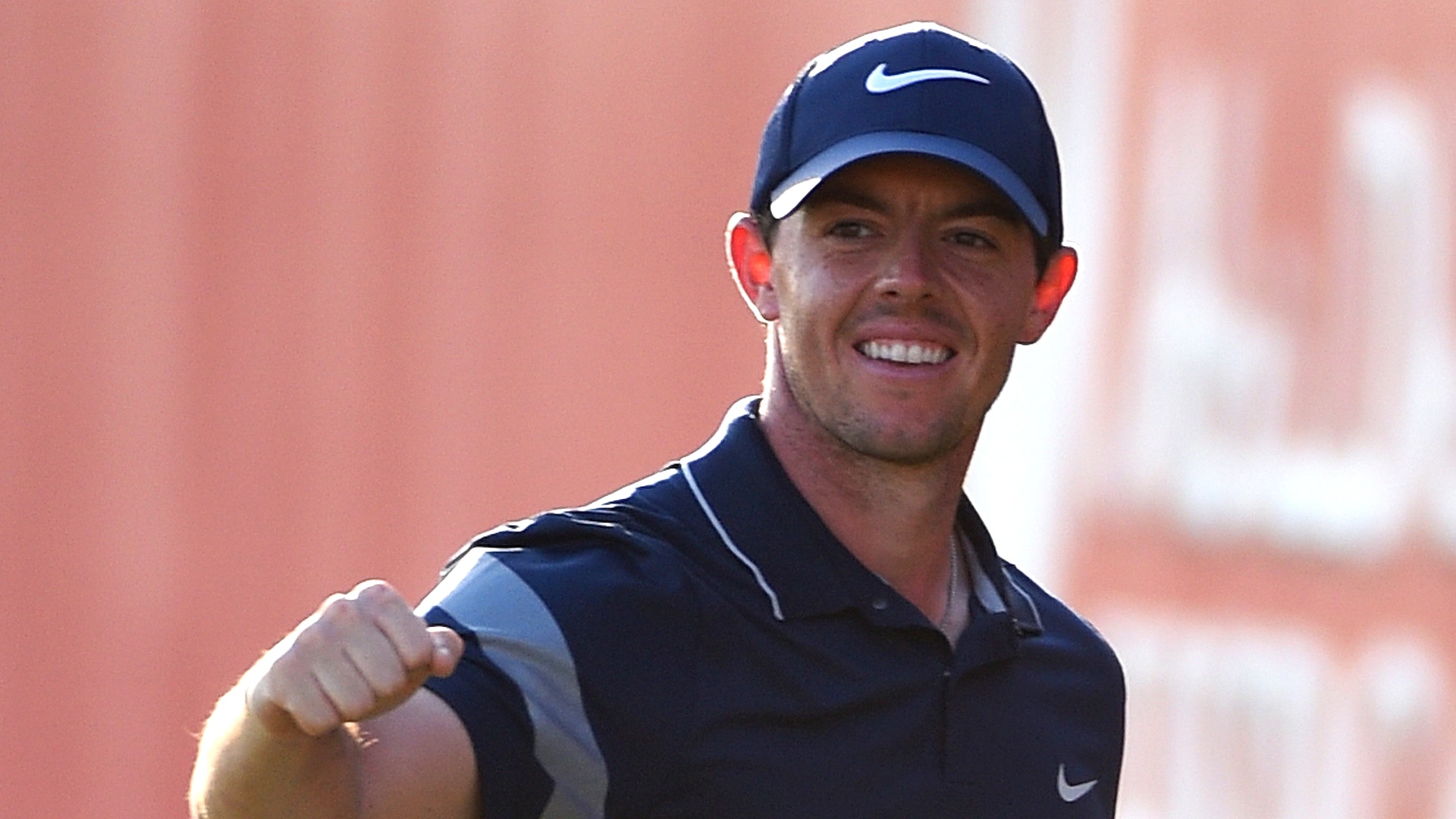 Tiger Woods' indefinite injury absence now stretches into its sixth month, but that hasn't kept Rory McIlroy from dreaming of a possible major showdown between the formerly top-ranked players.

Speaking in advance of his title defense at the Omega Dubai Desert Classic, McIlroy made it clear that he still would like a chance to take on Woods with one of golf's biggest trophies at stake.

"I would have loved to, I would still," McIlroy said. "Hopefully if he can get healthy, I would still love a crack at him down the stretch in a major. I would love that, just once."

McIlroy and Woods have clashed in final rounds before, notably at the 2012 Honda Classic when McIlroy survived a late Woods rally to claim the top spot in the world rankings. But Woods had already won 13 of his 14 majors when McIlroy turned pro in 2007, and the closest they came to meeting on a major stage was the 2012 PGA Championship, when McIlroy won by eight and Woods finished T-11 after holding a share of the 36-hole lead.

"I sort of feel like the competition brings the best out of me," McIlroy said. "I think Phil (Mickelson) has even said that if Phil didn't go up against Tiger in his prime he would have won more majors, but he always said that Tiger brought out the best in him."

Woods hasn't played since the Wyndham Championship in August and has since undergone two procedures on his injured back. While his return to competition is unknown, McIlroy still holds out hope that the 40-year-old can return to prominence before too long.

"At this point it's just up to him to get healthy and get his game back, and for me to hopefully keep playing the way I'm playing," McIlroy said. "Maybe one day."