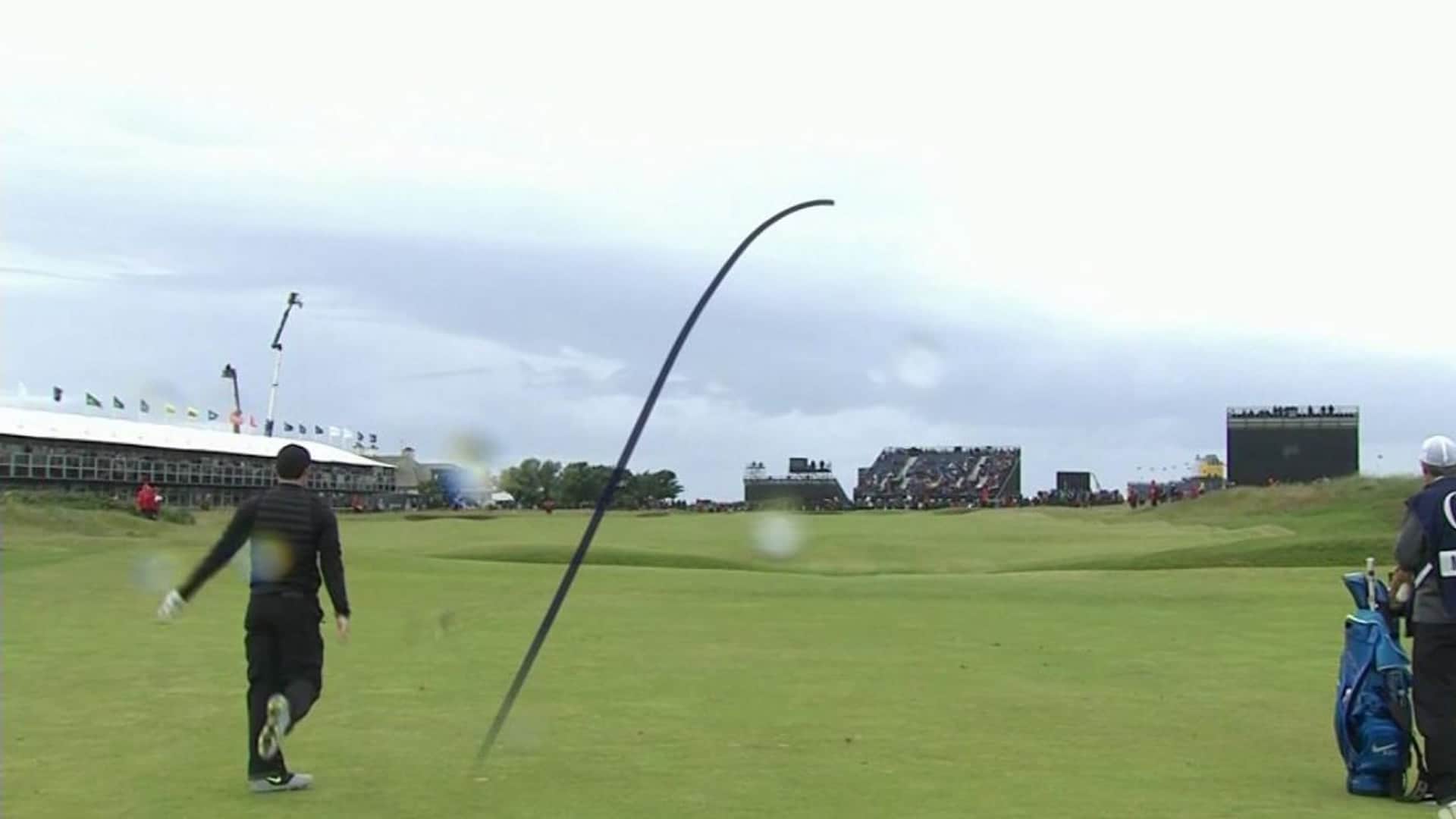 TROON, Scotland – That club toss on 16 that resulted in a broken 3-wood?

The clubhead on his 3-wood came loose earlier this week and needed to be re-glued. The club certainly has to be re-shafted now, after he flailed a shot way right, chucked his club and snapped the head. The Nike trailer is still on-site this week, so McIlroy said “all will be well in the morning.”

McIlroy still made par on the hole and shot 73, dropping him to even-par 213 for the week.

McIlroy, who has a history of club tosses, didn’t apologize for the outburst afterward. Instead, he explained how he had made the same mistake on the previous hole, sending a 3-iron wide right, and was frustrated with those two swings.

“No one likes to make the same mistake twice,” he said, “and that’s basically what happened.”