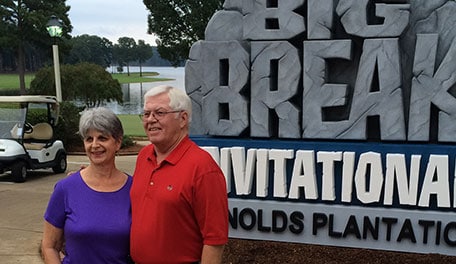 LAKE OCONEE, Ga. – Think you’re the biggest “Big Break” fan ever? You’ve got nothing on JoAnn Perry and George Painter.

The couple of 22 years traveled 1,500 miles from Albuquerque, NM, to the Reynolds Plantation this week to meet their favorite “Big Break” contestants and watch the reality stars in real life.

“I thought it was all taped,” JoAnn said, “and then found out it was an Invitational and open to the public, and then it was two weeks ago and I said, ‘Let’s go!’”

The couple began watching “Big Break” in 2004 – season two – when a friend suggested they tune in. They instantly fell in love with the show and because of it, JoAnn then took up golf, herself, and now plays in a women’s league every week.

She hasn’t missed an episode since.

“I love the glass breaking and the flop wall. … They must be so intimidating to the players.”

As for her favorite Big Breaker, she can't choose just one.

The couple arrived to the course Monday evening and were greeted by a few players. 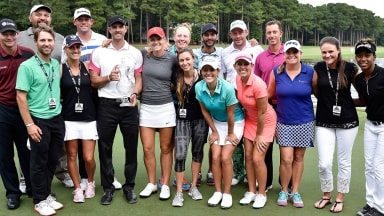 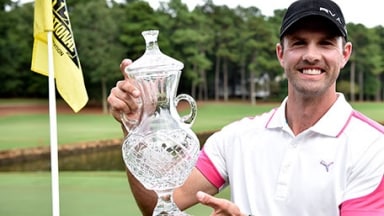 Jay Woodson shot a bogey-free 68 on Friday to win the inaugural Big Break Invitational Reynolds Plantation and the $100K prize.