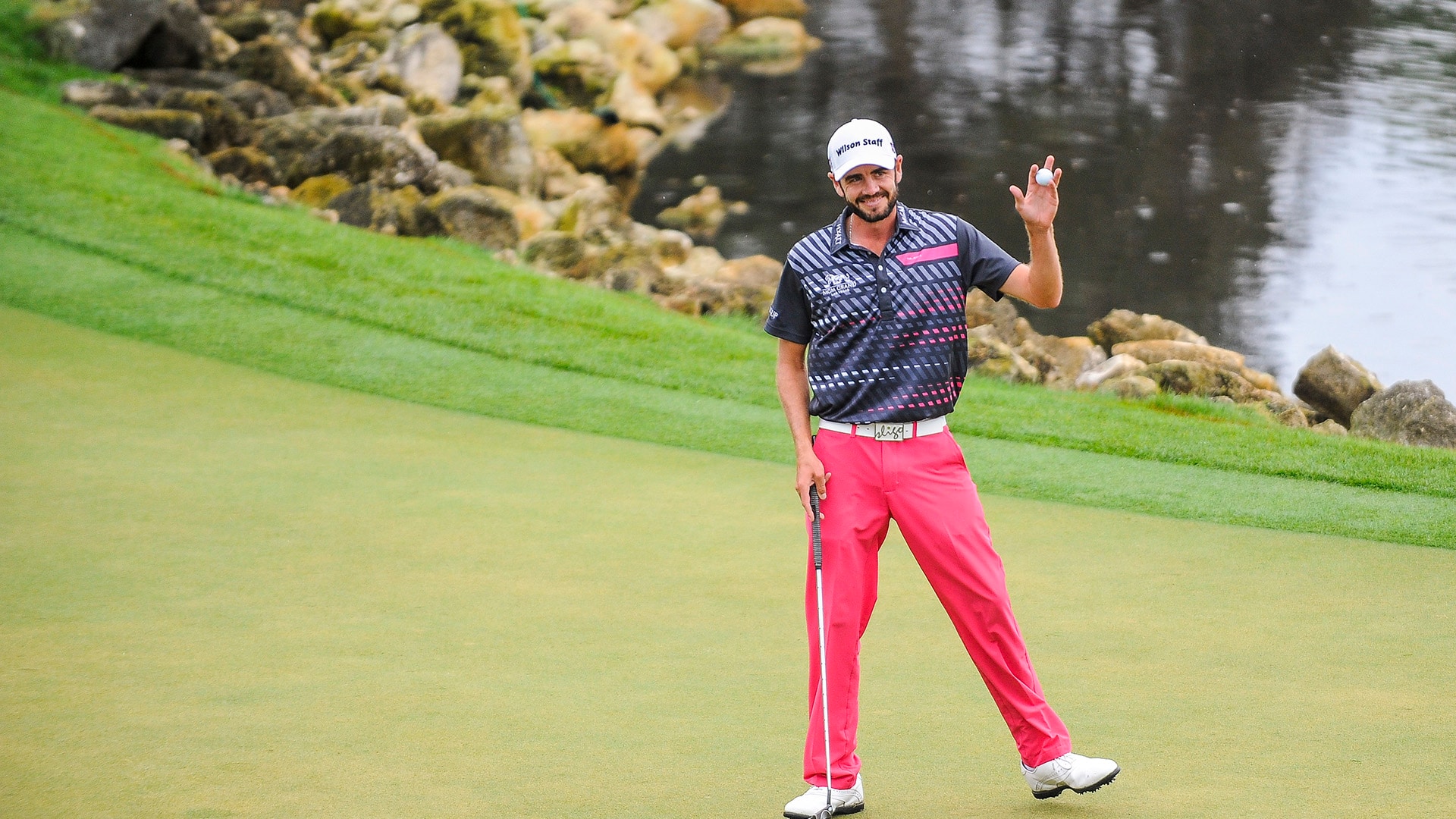 ORLANDO, Fla. – Troy Merritt came to the Arnold Palmer Invitational in a bit of a slump, having missed five of his last six cuts.

The fact that he has played his way into Sunday’s final pairing, then, may seem like a surprise. But it’s hardly a shock for Merritt, who carded a 5-under 67 in the third round at Bay Hill to get within two shots of Jason Day.

“That’s pretty much my M.O. All my good finishes the last few years have come off of five, six, seven missed cuts in a row,” Merritt said. “I’ve actually played fairly solid. I just had some weird stretches where I just can’t get off the bogey train, and obviously that’s not very good out here. Not good anywhere.”

Merritt knows that of which he speaks, considering he won the Quicken Loans National last summer after missing the cut in his previous five starts. He has missed seven of 10 cuts this season, but rather than fine-tune his mechanics he has continued to simply focus on swing tempo.

That decision has begun to pay off this week in Orlando, where he has carded three straight rounds in the 60s and dropped only four shots through 54 holes.

“Just because you haven’t played well, you know, a few weeks in a row or finished well, missed cuts, doesn’t mean you’re actually playing poorly,” he said. “There might be one, two things you need to tweak. We got those taken care of earlier this week.”

Merritt shares third place along with Henrik Stenson and Kevin Chappell, but he’ll be the one with a tee time next to Day, as he looks to overtake the Aussie who has led after each of the first three rounds.

“I’ll have to make sure I stay focused on my game,” Merritt said. “If I can just keep it nice and smooth tomorrow, find the fairway, hit some good approach shots in there and make a few putts, we’ll tally them up and see what happens.”