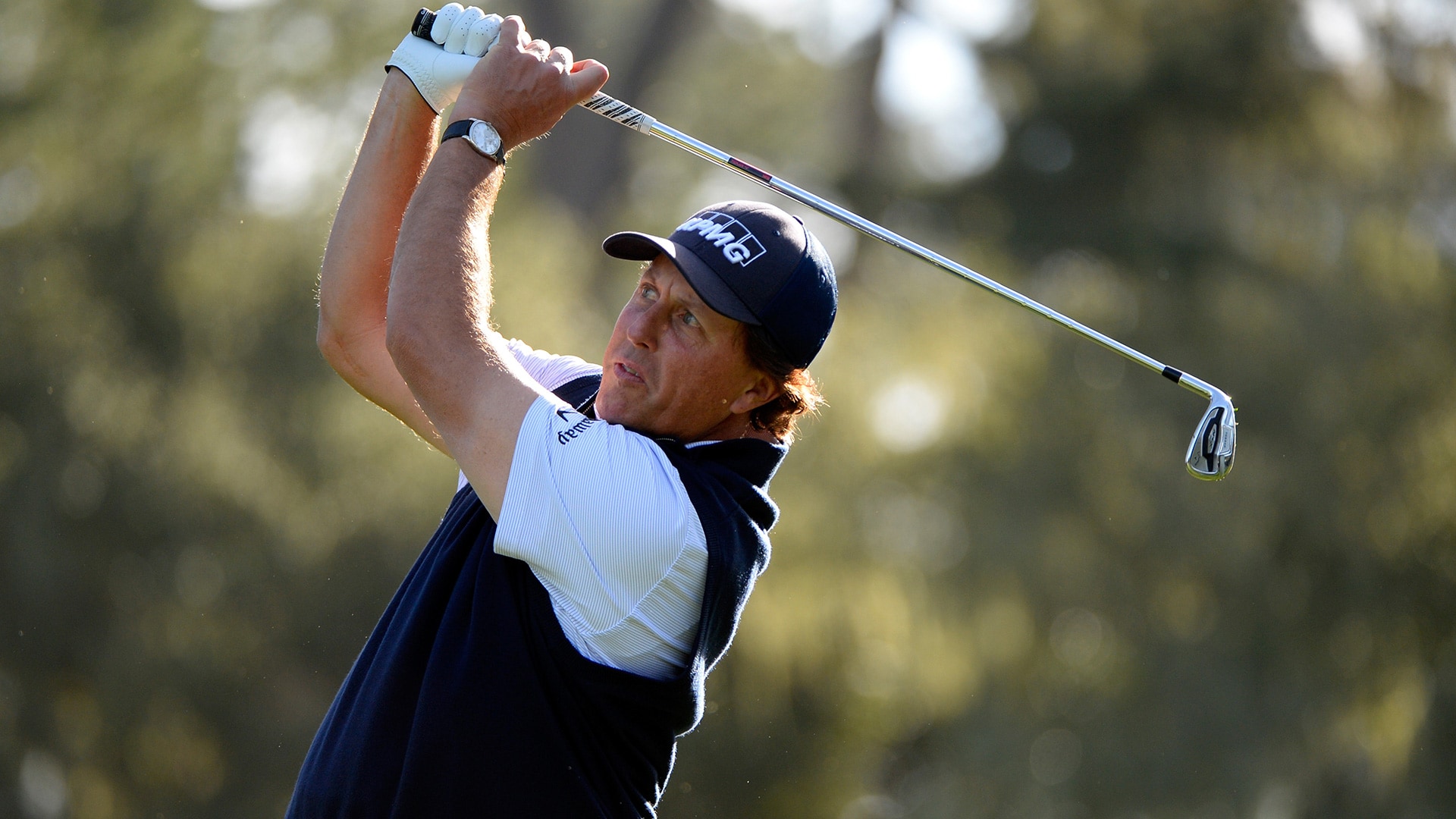 East met West on Friday at Pebble Beach, where the 36-hole leaderboard includes Phil Mickelson, a four-time winner of this event; Hiroshi Iwata, a Japan Tour veteran who is a member of the "I shot 63 in a major" club; and Sunghoon Kang, a South Korean pro who has a similar name as a Korean-American actor who played "Han Seoul-Oh" in the "Fast and Furious" movies. Here's how things are shaking out under the watchful eye of the blimp on the Monterey Peninsula.

What it means: Mickelson is looking to match Mark O'Meara's feat of winning five times at Pebble Beach. More important, though, Lefty is looking to break a victory drought that dates back to the 2013 Open Championship.

Round of the day: Kang, who shot 72 on Thursday, was on 59 watch all the way to his final hole. Playing at par-71 Monterey Peninsula CC (with Fluff Cowan on his bag), he teed off on No. 10 and played the par-37 back nine in 6 under thanks to four birdies and an eagle. On the par-34 front, he made five more birdies to shoot 29, but could not birdie the par-3 ninth and "settled" for a 60

Best of the rest: Mickelson and Patrick Reed each shot 65 at Monterey Peninsula. Mickelson did it with an eagle, six birdies and two bogeys, while Reed had seven birdies and a lone bogey.

Biggest disappointment: Dustin Johnson. Even starting his round with a hole-out for eagle at the par-5 10th, DJ managed only a 73 at Pebble Beach. A triple-bogey 8 at No. 6 didn't help.

Celebrity question of the day: Am I the only one hearing "Joe Don Looney" (colorful NFL running back from the '60s) when the announcers talk about "Joe Don Rooney" (member of the band Rascal Flatts)?

Main storyline heading into the weekend: Most eyes will be on Mickelson and his quest to finally get a win.