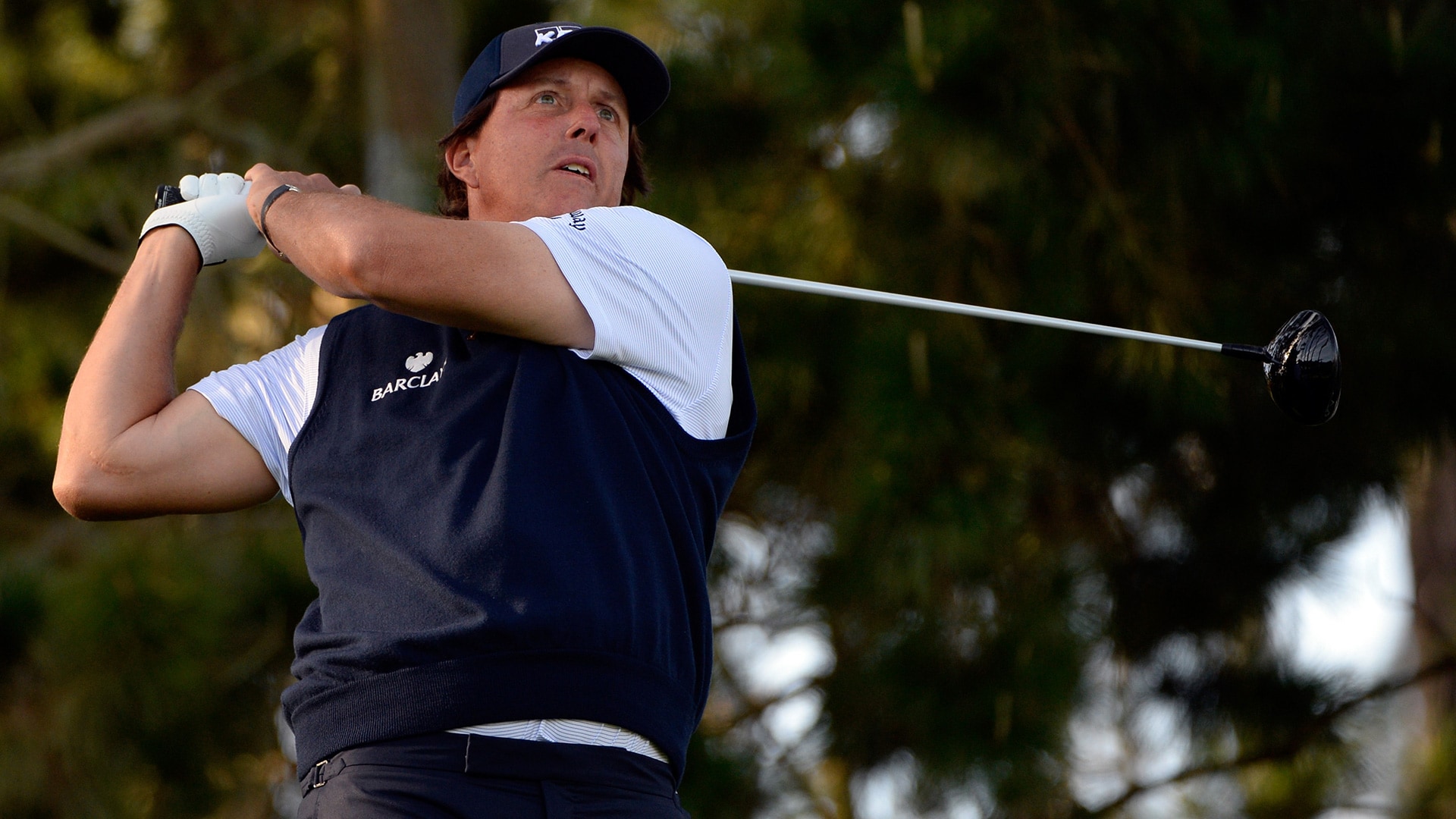 PEBBLE BEACH, Calif. – Despite getting off to a strong start at the AT&T Pebble Beach Pro-Am, Phil Mickelson was left shaking his head about a decision he made before the round.

Mickelson finished T-11 last week at TPC Scottsdale but he felt like he wasn’t getting enough run with his tee shots. That led the southpaw to switch to a new version of his Callaway driver before Thursday’s opener at Spyglass Hill, a choice he came to regret even after shooting a 4-under 68.

“Well, like an idiot I switched drivers, and today I hit a few shots that I haven’t hit,” Mickelson said. “I hit some shots I didn’t care for today. So I’ll go back to my other driver.”

Mickelson is playing for the fourth straight week, a stretch that began with a T-3 finish in Palm Springs. He started on what is typically the hardest of the three courses in rotation at this event and carded a round that included five birdies against just a single bogey.

The early returns from his switch to swing coach Andrew Getson have certainly been promising, and Mickelson hopes to continue that trend this week as he seeks his fourth Pebble Beach title.

“If I continue to get better like I think I have been, I should have a good result here,” he said. “So we’ll see how these next few rounds go.”

Mickelson sits four shots off the early pace, but there will be no shortage of birdie opportunities awaiting him at both Pebble Beach and Monterey Peninsula, where he will play the second round.

As for that driver decision, Mickelson – who is no stranger to taking a few chances on the course – simply shrugged it off as a failed experiment and plans to return to the driver he used all week in Phoenix.