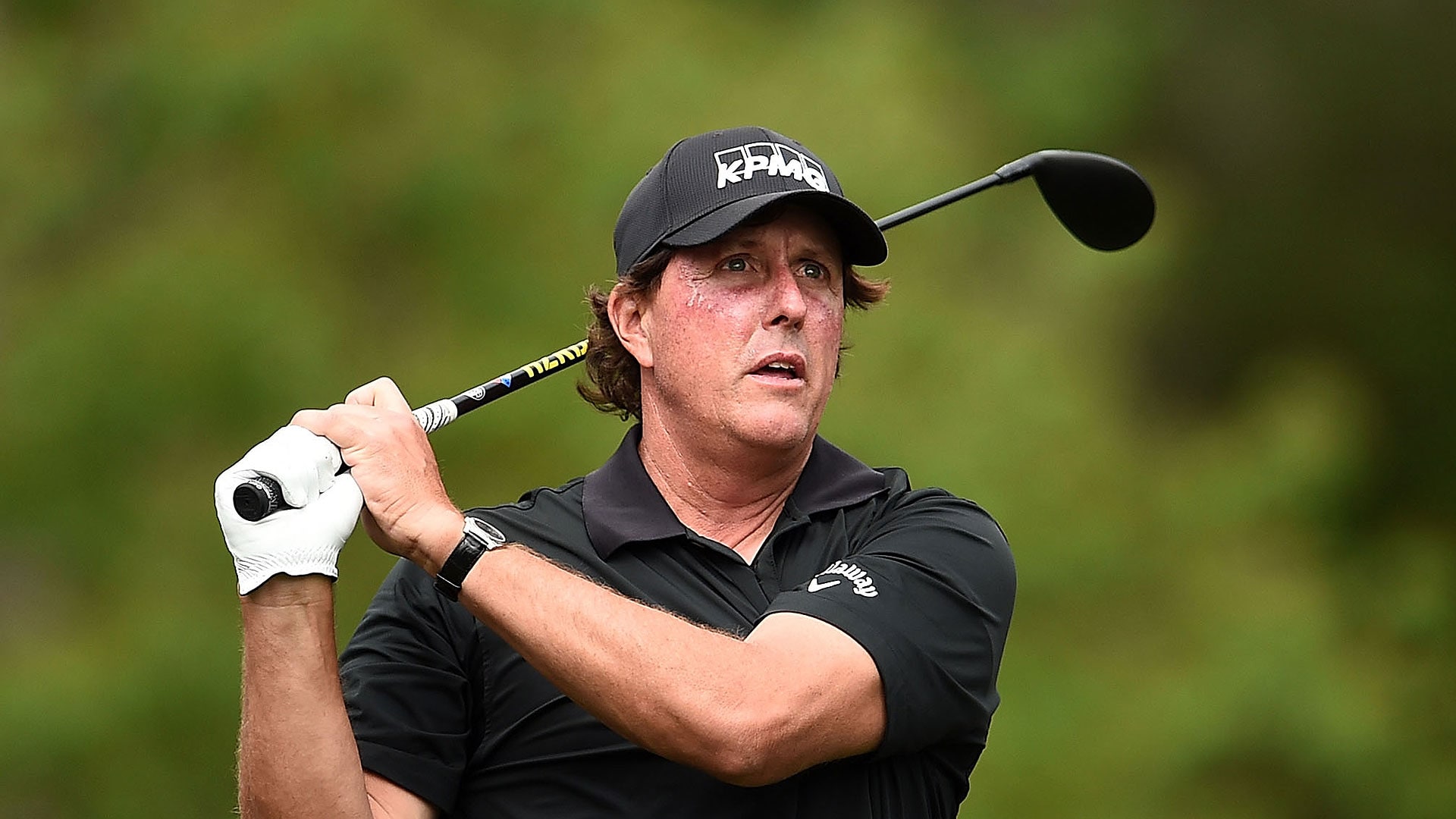 HUMBLE, Texas – It was a decidedly mixed bag for Phil Mickelson on Friday at the Shell Houston Open, but the southpaw still found reason to smile after successfully battling the elements to complete his second round.

After a double bogey on No. 6, Mickelson appeared in danger of missing the cut. While he rallied over his final 12 holes, getting to 4 under and within six shots of Charley Hoffman, he still lamented some of his more costly swings.

“I made one or two mistakes that ended up costing me a few strokes that I can’t, I just can’t do,” he said. “That type of thing you just can’t do because there are birdie holes here, short par 4s and reachable par 5s. You’ll make a lot of birdies if you’re patient.”

Mickelson battled cooling temperatures and brisk winds during much of his round, but as is always the case with this event he keeps one eye focused on next week’s Masters. With two rounds left in his major preparation, he’s optimistic about the state of his game – and his chances to play his way back into contention.

“I’m playing well enough to where there’s a really low round in me, and I’ve got a good feeling about the weekend,” he said. “Just a fraction off. I have a feeling it’s going to click.”