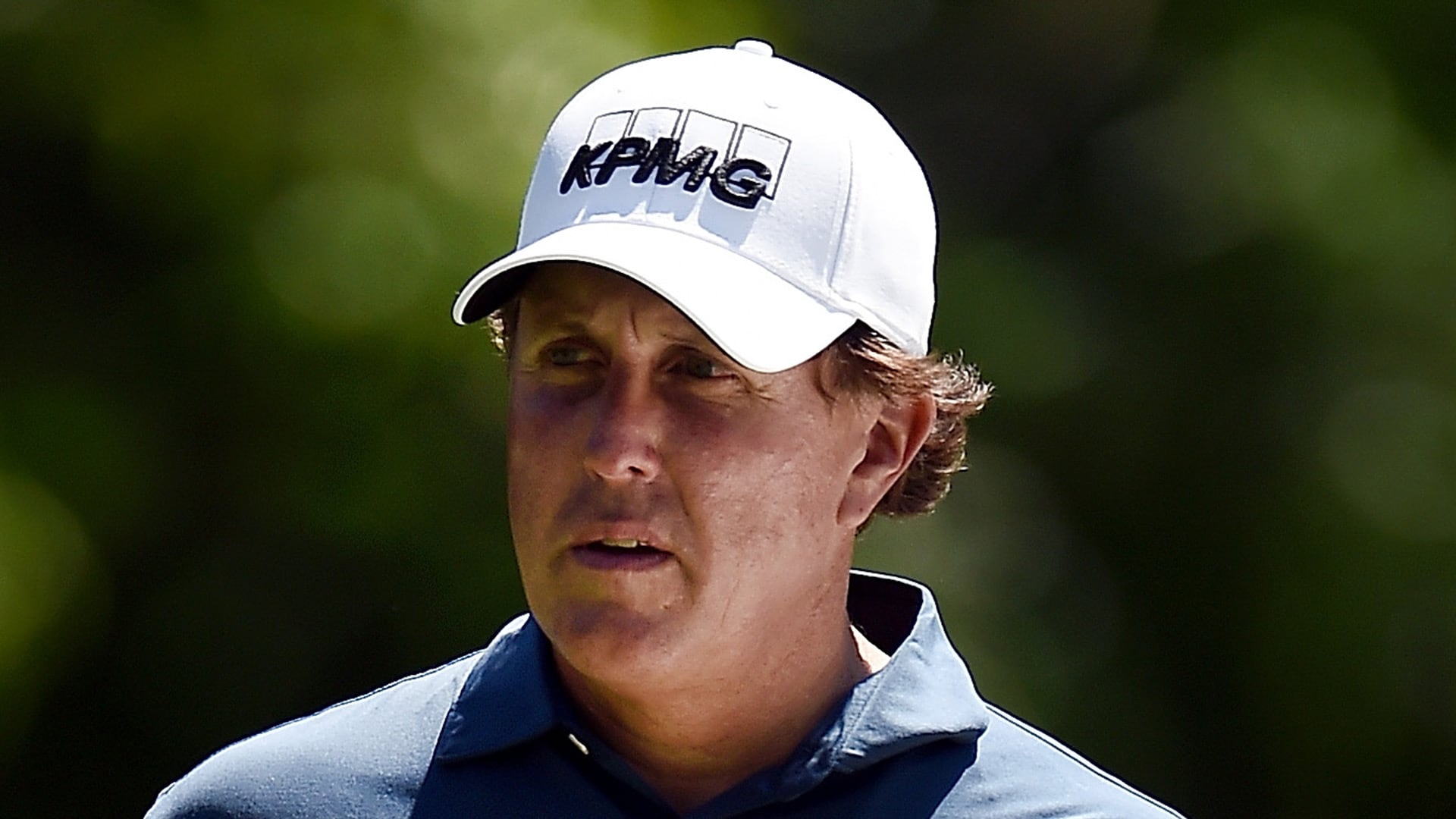 FORT WORTH, Texas – This season has been an enigma when it comes to Phil Mickelson.

On Thursday at the Dean & DeLuca Invitational, Mickelson tried something new, opening with an even-par 35 on his outward loop (he started on No. 10), before finishing his day with three consecutive birdies for an opening 67.

“Part of it is being patient and part is trying to not do too much. When you force the issue you end up making mistakes,” said Mickelson, who was tied for fifth when he completed his round. “The other part though is just staying focused and determined and committed to shots, as opposed to letting negative thoughts in or seeing where you don't want the ball to go.”

Mickelson, who hasn’t played Colonial since 2010, rolled in 42 feet of putts over his final three holes, including a 32-footer for birdie at the ninth hole.