Getty Images
NEWPORT, WALES - SEPTEMBER 28: Martin Kaymer of Europe tees off as Miguel Angel Jimenez looks on during a practice round prior to the 2010 Ryder Cup at the Celtic Manor Resort on September 28, 2010 in Newport, Wales. (Photo by Scott Halleran/Getty Images)  -

Phil Mickelson's path toward a shorter schedule in 2014 took another interesting turn Wednesday when the reigning British Open champion committed to play in the Abu Dhabi HSBC Golf Championship on the European Tour.

Mickelson's presence adds to what was already an elite field in Abu Dhabi, one that will include former world No. 1 Rory McIlroy and reigning U.S. Open champion Justin Rose. This will be the 43-year-old's second appearance in the event, as he also tied for 37th in 2011.

'To play Abu Dhabi in the early part of the year is a great opportunity,' said Mickelson. 'I've wanted to return since my first time there in 2011. The golf course and facilities at the Abu Dhabi Golf Club are outstanding and the quality of the field and the good weather make it a great place to start my 2014 season.'

The event will be held Jan. 16-19, which will conflict with the Humana Challenge on the PGA Tour. In 2013, Mickelson made his season debut at the Humana and went on to play in each of the next four PGA Tour events, a stretch that included the Farmers Insurance Open – held the following week – and the Waste Management Phoenix Open, which the southpaw won by four shots in February.

Mickelson has reiterated in recent weeks his plans to trim his 2014 schedule in order to focus on completing the career Grand Slam at the U.S. Open next summer. While playing in the WGC-HSBC Champions last week, though, the five-time major winner offered further specifics on his plans for next year, which will include starts at both the Memorial and the Fedex St. Jude Classic leading into Pinehurst in addition to starts the week before each of the other three majors. 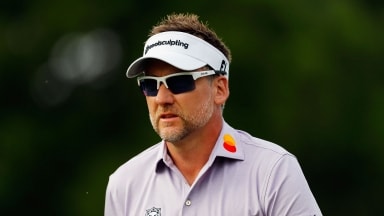 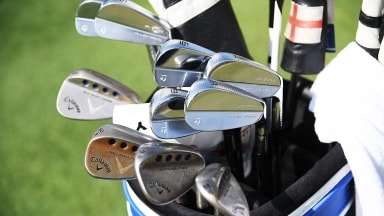 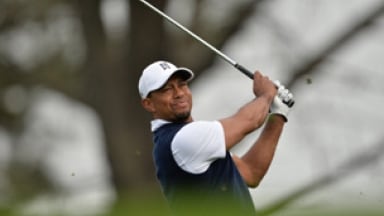