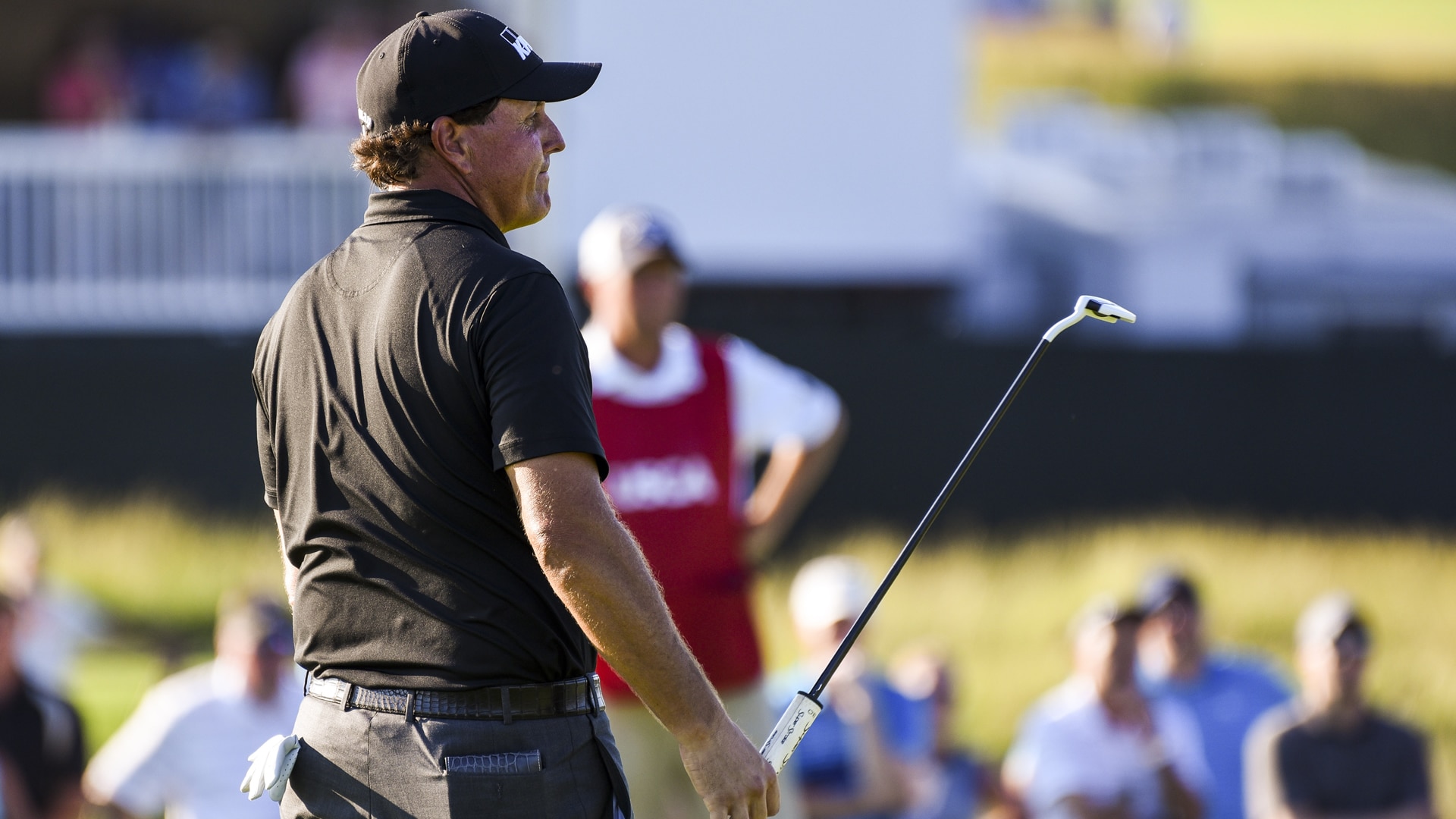 OAKMONT, Pa. – Two of the game’s biggest stars couldn’t do much to help themselves in an early morning return Saturday to resume the second round of the U.S. Open.

Phil Mickelson made a pair of pars to close out a 3-over-par 73 but sat a shot outside the projected cut line at 7 over at the time he signed his scorecard. He left Oakmont Country Club having to sweat out the possibility he’ll miss the cut for just the third time in his 26 U.S. Open appearances.

World No. 1 Jason Day made three pars upon his return to close out a 69. After opening with a 76, he sits at 5 over for the championship, one shot inside the projected cut line.

Mickelson was 11 shots off the lead when he finished up Saturday morning. He last missed the cut at the U.S. Open in 2007, the last time the championship was staged at Oakmont.

“Hopefully, I'll make the cut,” Mickelson said. “I believe that I will. If so, and I have an opportunity, you just never know on this golf course. We've seen low scores. I don't feel like I have to search for anything on the range. I feel like my game is there, but my scoring hasn't been what I want the first two days.”

Day was nine shots off the lead when he signed his scorecard.

“Good to come back out this morning and par the last few holes, which are very difficult to do, because (Nos.) 7, 8 and 9 are not easy. The greens are only going to get firmer and faster, and same with the fairways.”

Like Mickelson, Day isn’t discounting a shot at winning on the weekend.

“I'm trying to claw my way back to even par,” Day said. “If I can get back to even par, I may have a good chance at giving myself a shot at winning. But obviously, there's plenty of golf to be played.”