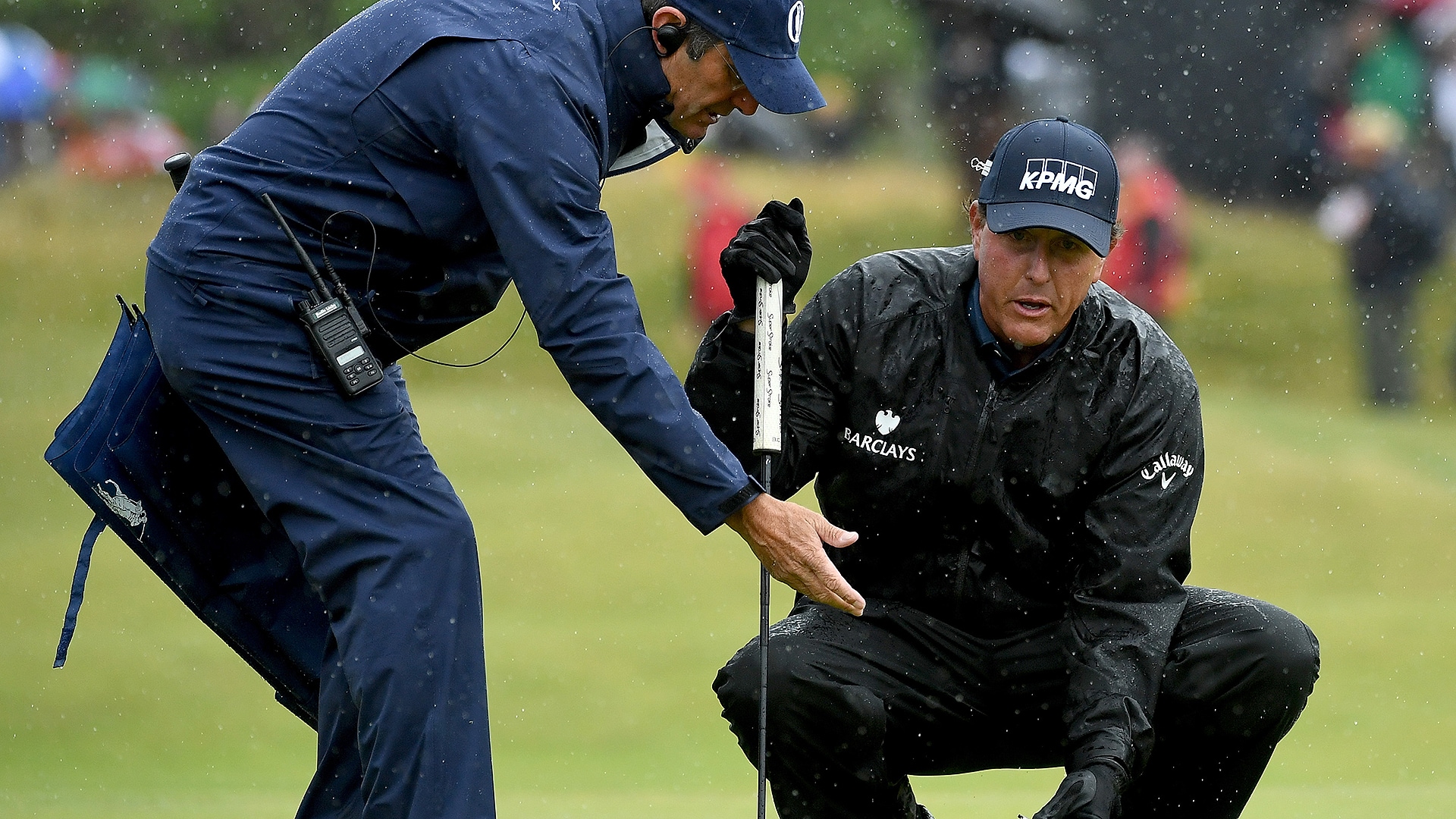 TROON, Scotland – Another major, another rules question for a frontrunner.

On Friday at The Open, the rule involved Phil Mickelson as he marked his ball on the 12th green. After replacing his ball it rolled backward and Lefty called in his walking rule official, David Williams, for clarification.

“My ball moved about an inch or so when I re-marked it. You've got to wait 5 seconds. The ball is in play, if the ball moves, you play it from there, but it wasn't 5 seconds,” said Mickelson, who maintain his lead at Royal Troon with a second-round 69. “It was right as I was pulling the coin away, so I had to replace it. But I just wanted to clarify with David.”

At last month’s U.S. Open, Dustin Johnson was penalized a stroke when his ball moved as he prepared to putt. Although Johnson, who won the U.S. Open, claimed he did nothing to make the ball move, officials ruled that the evidence suggested he did.