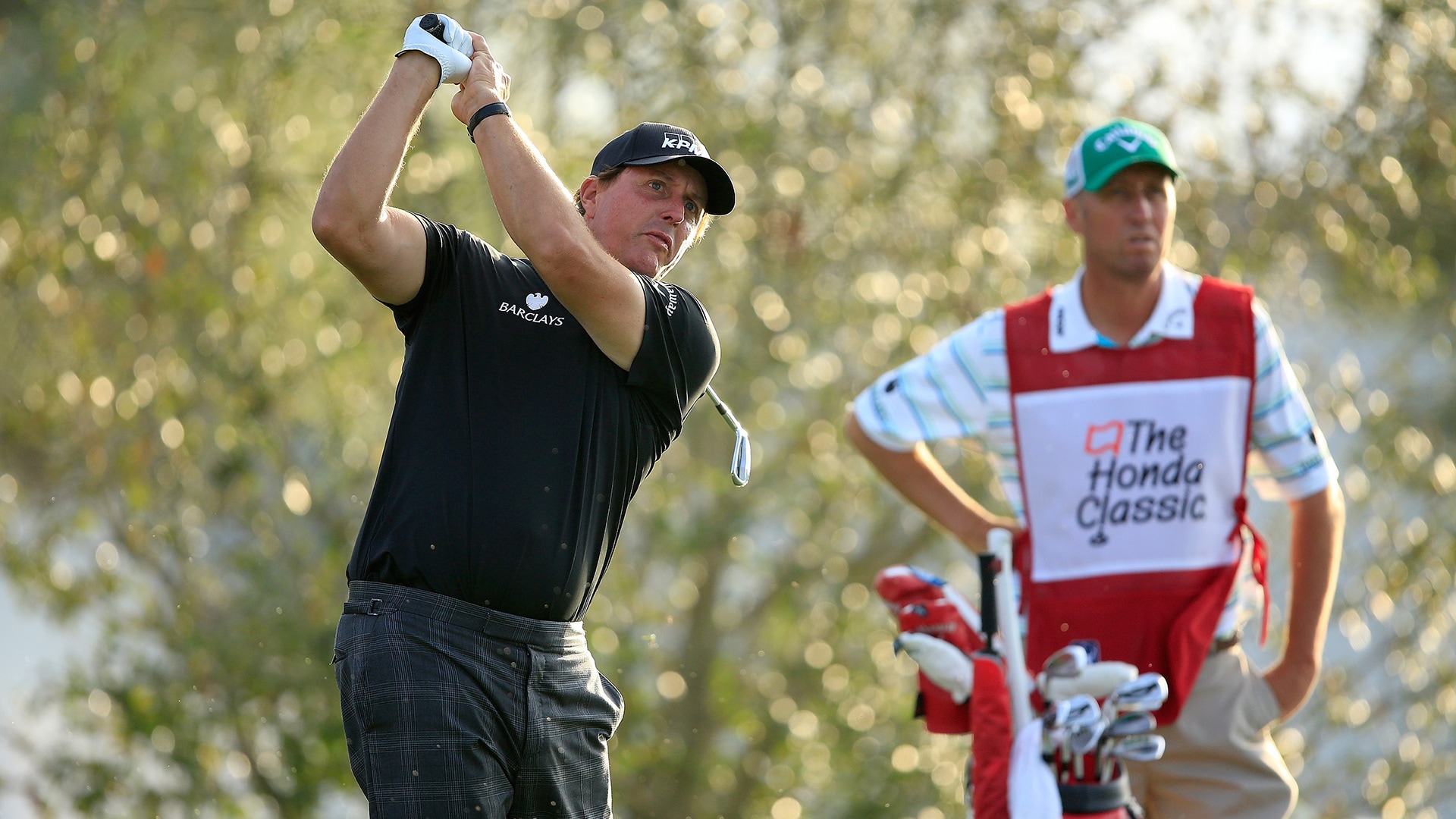 PALM BEACH GARDENS, Fla. – Given a week to reflect, Phil Mickelson still sees nothing but positives from his West Coast Swing despite a near-miss at Pebble Beach.

Mickelson lipped out a 5-foot putt on the 72nd green at Pebble that would have forced a playoff with Vaughn Taylor, but the runner-up result capped a torrid four-week stretch that also saw him finish T-3 in Palm Springs and T-11 in Phoenix.

He skipped last week’s event for a family ski trip, but returns to action at the Honda Classic with hopes of building on his early-season momentum.

“I’m loving playing right now,” Mickelson said. “I had a good couple of days after the ski trip with (swing coach) Andrew (Getson) Sunday and Monday to get my game ready and make sure it was back where I left off. I’m excited to get back out and play.”

While Mickelson is known for his all-world short game, he said the biggest sign of recent progress has been his driving, adding that he is averaging more than one extra fairway hit per round despite a missed cut at the Farmers Insurance Open.

Mickelson still has not won since the 2013 Open Championship, and he admitted he felt some frustration in recent years as his performance failed to meet his expectations. Those feelings are a thing of the past, however, as Lefty reiterated he is once again enjoying his time inside the ropes.

“Now that I’m on the right track and I’m starting to hit shots again with the way I used to and even better, that’s what’s exciting for me,” he said. “So it’s not frustrating showing up at a golf course. It’s not frustrating if I happen to not win or fall a shot shy, because I know that the next week I’m going to have another chance.”

His next chance for a victory comes this week at PGA National, where he didn’t play from 2001-2013 but finished T-17 last year. Even if he falls short on the Champion Course, Mickelson remains confident that career win No. 43 is not a matter of if, but simply when.

“Now that I’m in contention, now that I feel much calmer and more relaxed playing and showing up on the golf course, I know it’s a matter of time,” he said. “It would have been great to have gotten a victory early on the West Coast, but I just feel like each week is going to provide another opportunity whereas in the past I felt like I was kind of hit-or-miss when I would show up.”