Mickelson fizzles on back nine at Doral 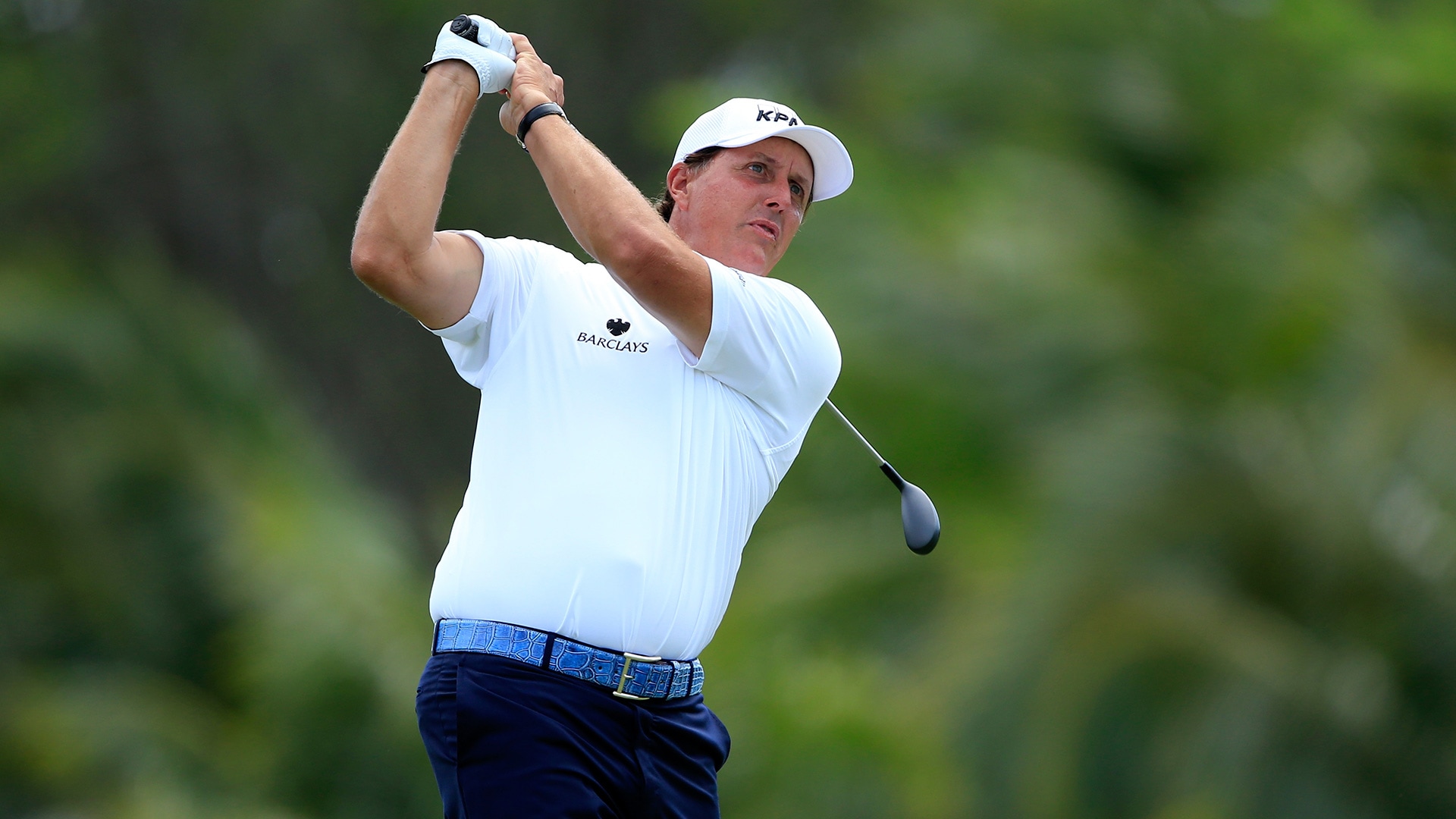 DORAL, Fla. – For an hour or so on Friday at the WGC-Cadillac Championship Phil Mickelson looked unbeatable.

Lefty birdied four consecutive holes starting at the fifth and led by three strokes early into his closing nine at Doral, but slowly he cooled.

Mickelson finished with a closing-nine 40 and even-par 72 for a share of seventh place at 5 under, five strokes off the lead held by Adam Scott.

“I three-putted 13 and missed a 4-footer [for par], and hit a terrible wedge shot on 15. And then even further botched, I didn't have a hard up-and-down, I made double there. It wasn't a hard up-and-down,” Mickelson said. “I just lost kind of my train of thought.”

Still, Mickelson – who is off to a solid start this season with a runner-up showing at Pebble Beach and a tie for third at the CareerBuilder Challenge – said he was going to focus on his stellar play early on Friday and considered his late lapse an “anomaly.”

“I'll be fresh and ready for the weekend. I feel like I'm driving the ball extremely well and my iron game is sharp, even though that back nine wasn't what I wanted,” he said. “It's going to be a good weekend.”