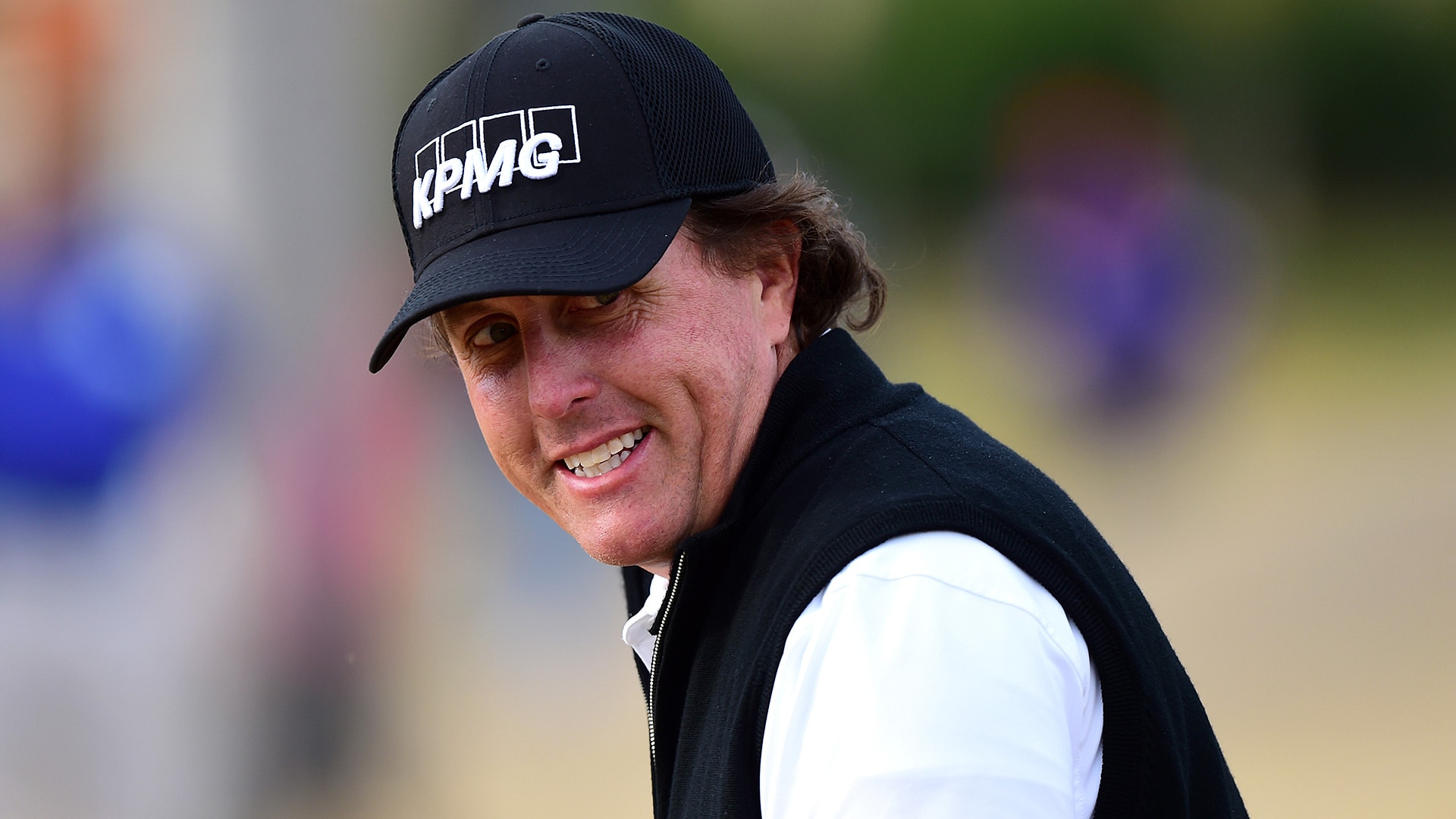 SCOTTSDALE, Ariz. – Brooks Koepka captured his first PGA Tour victory last year at TPC Scottsdale, and he's back to defend his title against some big names in the desert, including Arizona State alum Phil Mickelson. Here are four featured groups at the Waste Management Phoenix Open. (All times ET).

Fowler's missed cut last week at Torrey Pines ended his streak of three-straight top-5 finishes (3rd at Hero, 5th at Kapalua, win in Abu Dhabi). He'll be looking to improve his record here, with only one top-10 (2010) in seven starts. Kaufman (Shriners) and Kisner (RSM) already have wins this season.

Mickelson and Johnson are coming off missed cuts in their last starts, and Dufner is making his first start since winning his fourth PGA Tour title at the CareerBuilder. Mickelson is a three-time champion here (1996, 2005, 2013) and this marks his 27th start in this event.

Koepka won here last year in his first start at TPC Scottsdale, joining Kyle Stanley (2012) and J.B. Holmes (2006) as the only players to do so. He's also coming off a tie for third at Kapalua. Watson is also back after finishing T-10 at the Hyundai, and the two-time Masters champion has finished second the last two years at the WMPO. Rounding out the group is Thomas, another bomber, who won his first PGA Tour title at the CIMB in November.