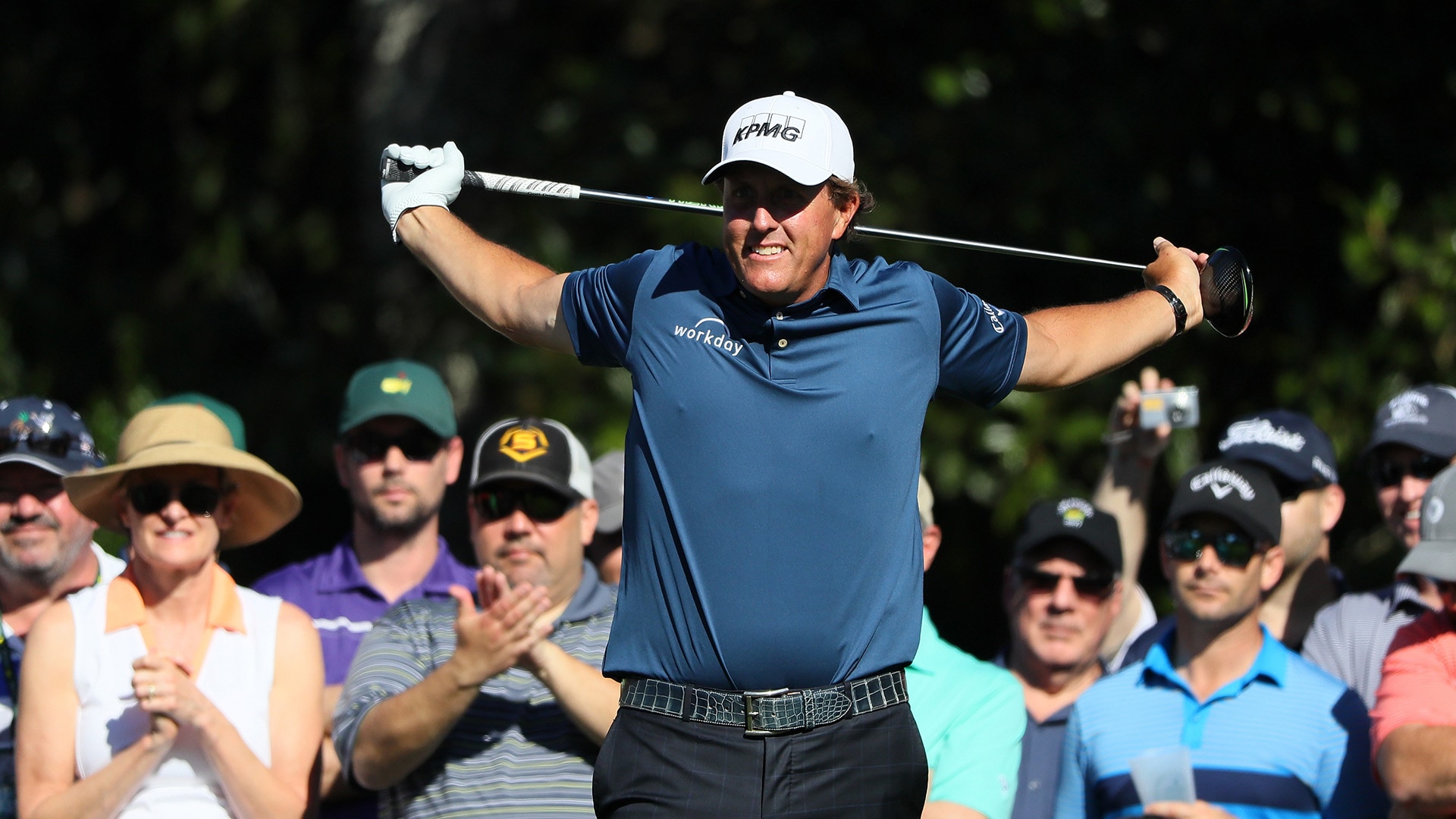 AUGUSTA, Ga. – There have been no shortage of opinions when it comes to the ruling that cost Lexi Thompson four strokes at last week’s ANA Inspiration, but Phil Mickelson’s take on Tuesday at the Masters took a curious turn.

Initially, Mickelson declined to comment directly on Thompson’s situation, instead focusing on what he called a growing trend on the PGA Tour.

“I know a number of guys on Tour that are loose with how they mark the ball and have not been called on it,” Mickelson said. “I mean, they will move the ball 2, 3 inches in front of their mark, and this is an intentional way to get it out of any type of impression and so forth and I think that kind of stuff needs to stop. But I think it should be handled within the Tour.”

Mickelson further explained that although players incorrectly marking their golf balls is an issue that needs to be addressed, how the ruling was applied to Thompson, who didn’t learn of the violation until the day after the incident, could have been addressed differently.

“That should have been handled within the LPGA saying, ‘Hey, look, you're a little lax in how you're marking the ball. You need to be careful. Here's a warning and let's go from there,’” he said. “But to have a tournament be decided like that, with all the scenarios going around, as far as viewers calling in, as far as it being a 1‑foot putt with really no advantage, just a little bit of loose marking, I just think it should be reversed. I think that she should be given the trophy.”

So Yeon Ryu defeated Thompson at the ANA Inspiration with a birdie on the first playoff hole.