Mickelson hits 15 greens, fails to make a birdie in Rd. 2 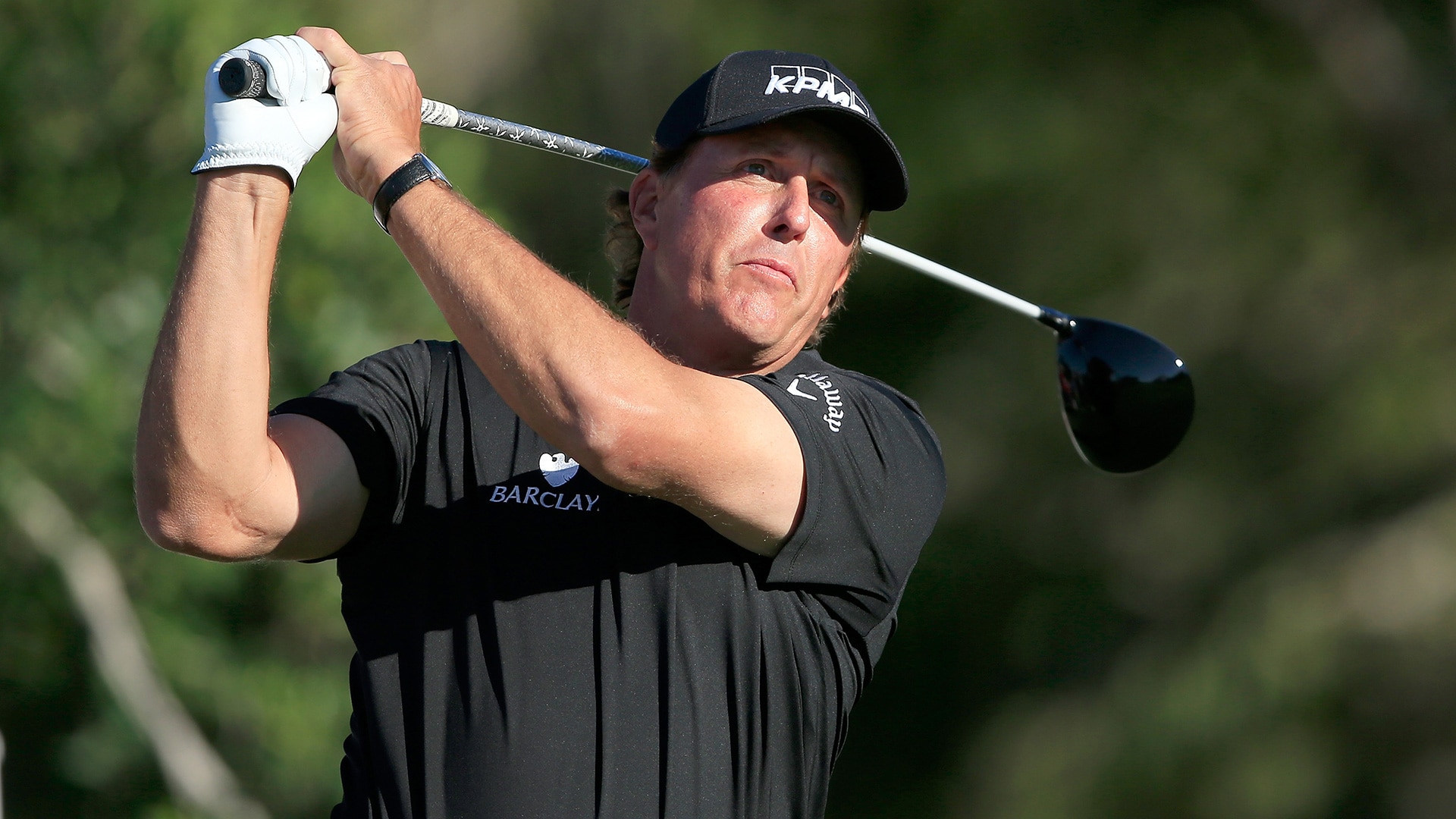 PALM BEACH GARDENS, Fla. – Phil Mickelson put up a rare doughnut during the second round of the Honda Classic.

Mickelson failed to record a single birdie en route to a 4-over 74 at PGA National, snapping a run of 71 straight competitive rounds with at least once circle on the scorecard that dated back to last year’s WGC-Cadillac Championship.

The round put at least a temporary stop to Mickelson’s early-season momentum. At 3-over 143 he made the cut on the number and now trails Rickie Fowler by 11 shots.

Mickelson made the turn in 1-over 36 before dropping a shot on No. 11 and making a sloppy double bogey on No. 14. On a day when he made only one putt over 4 feet, he was left to take solace in solid ball-striking that simply didn’t yield the desired score on a demanding layout.

“I don’t know what to say about a day like today. It’s more just kind of an anomaly and you just kind of move on, because I really hit the ball well,” he said. “I drove it well in a lot of crosswinds. I hit every fairway on the front nine. Usually when that happens, I make a lot of birdies. It just didn’t happen today.”

Mickelson will be out early to begin his third round, when conditions on the Champion Course will likely be their most benign. He still holds out hope that a low round can get him back in the mix as he looks for his fourth top-15 finish in his last five starts.

“The good news is that I’m striking it well and I’ll give myself chances tomorrow,” he said. “Hopefully we’ll have some fresh greens because I’m going off early, and maybe I can get that putter going.”