Mickelson leads The Open by 3 after 63 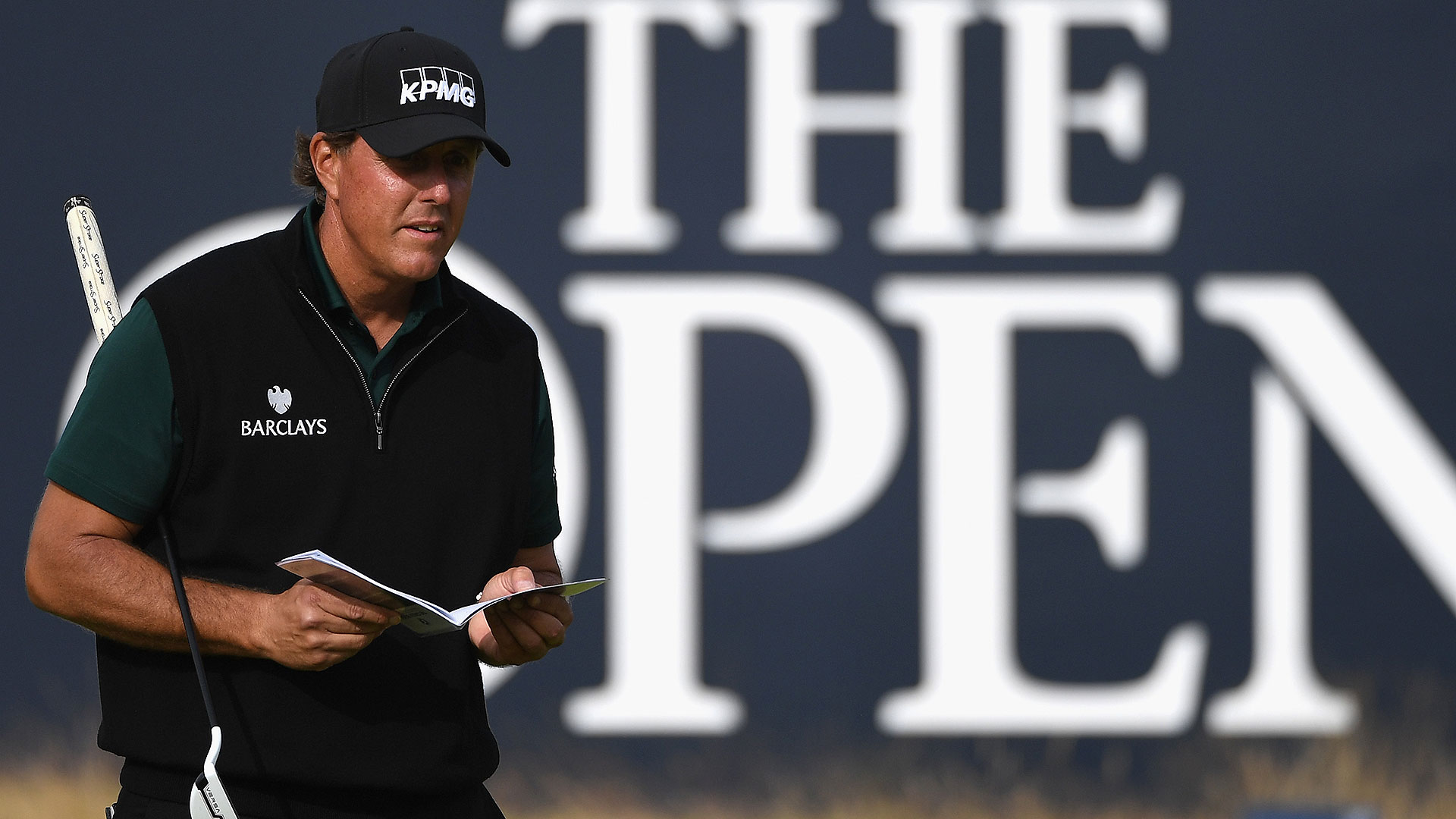 Phil Mickelson came as close as anyone ever has to shooting a 62 in a major championship, his putt for the record seemingly bound for the center of the cup before it agonizingly lipped out. But his 63 - the 28th time someone has shot 63 in a major - was good for a three-shot lead in the 145th edition of The Open. Here's how things stand after Round 1 at Royal Troon.

What it means: Mickelson is seeking his sixth major and second win in The Open. He hasn't won a tournament of any kind since he won The Open in 2013 at Muirfield, and he missed the cut in this year's first two majors.

Round of the day: After an opening par, Mickelson birdied every other hole from Nos. 2-10. After making three straight pars, he birdied 14, 16 and 17 and lipped out for birdie on 18.

Best of the rest: Patrick Reed and Martin Kaymer both shot 5-under 66. Reed balanced five birdies and an eagle against two bogeys. Kaymer's round was bogey free, as he birdied Nos. 6, 7 and 8 on the front and added circles at Nos. 10 and 16.

Biggest disappointment: World No. 1 Jason Day could manage only a 2-over 73 in what might be the most benign conditions of the entire tournament. "Hopefully by the end of the day I'm not too far behind," he said. "I can just slowly inch my way back into the tournament." Thanks to Mickelson, though, Day is already 10 shots off the lead. Honorable mention here goes to Bubba Watson, who shot a 1-under 70 that could have been so much better had it not been for a triple-bogey 6 on the Postage Stamp hole.

Shot of the day: Louis Oosthuizen, the 2010 Open champion, made a hole-in-one on the 14th hole, sinking a 6-iron shot from 167 yards. It was the highlight of Oosthuizen's 71.

Quote of the day: "I don’t know how that didn’t go in. There must have been a goalkeeper in there.” - Lee Westwood