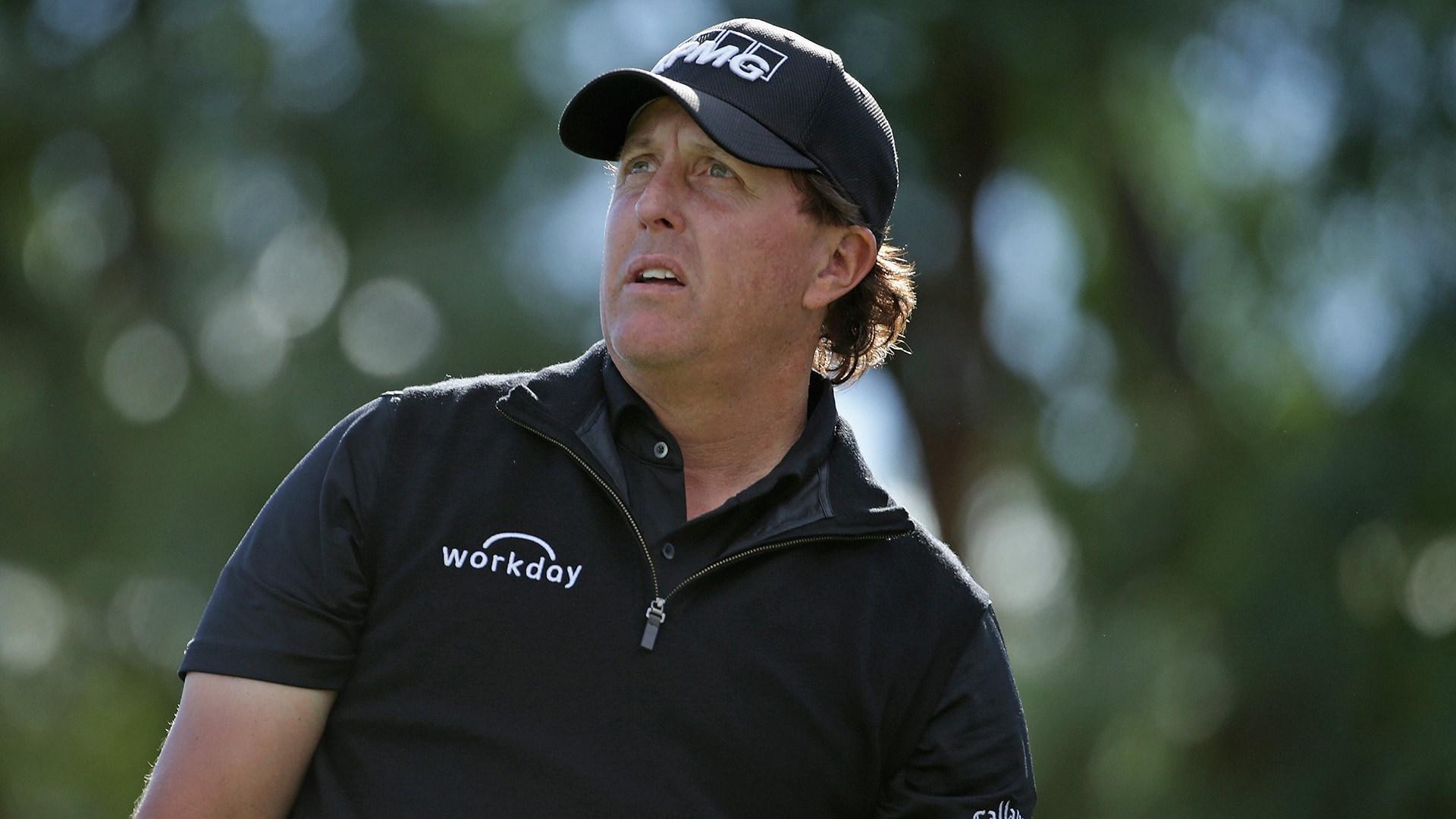 Phil Mickelson missed the cut Saturday at the CareerBuilder Challenge. It’s a rare occurrence in his Hall of Fame career.

He has played the event 15 times, going back to when it was known as the Bob Hope Classic. He has won it twice.

How rare is his missing the cut there?

The last time he did so, there was no such thing as a DVD, Wi-Fi, iPods, Xbox, DVR capability or YouTube.

The last time Mickelson missed a cut in this event was 1994, nine months before Rahm was born.

Mickelson struggled to a 2-over-par 74 in the heavy winds Saturday on the PGA West Stadium Course, missing the 54-hole cut by four shots. He hit just four of 14 fairways, just nine of 18 greens. He took a double bogey at the 15th after requiring two shots to escape the steep-walled bunker on the left side of the green.

Mickelson won’t have to wait long to try to get back in the hunt. He’s scheduled to play the Farmers Insurance Open next week at Torrey Pines in La Jolla, Calif.