Mickelson: No need to comment on 'every little report' 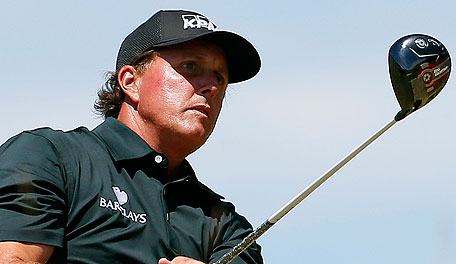 Phil Mickelson offered little insight Wednesday into a recent report that linked him to an illegal gambling operation.

Speaking Wednesday at the European Tour's Scottish Open, Mickelson said, “We all have our opinions, and when I started to understand that I was more of an object to be discussed, it took out the personal element of when people say things.

“The fact is, I’m comfortable enough with who I am as a person that I don’t feel I need to comment on every little report that comes out.”

ESPN’s Outside the Lines reported last week that Mickelson wired nearly $3 million to an intermediary who was part of an illegal gambling operation. Mickelson has not been charged with a crime, nor is he under investigation.

This is Mickelson’s first appearance since a tie for 64th at the U.S. Open. He won the Scottish Open in 2013 – when it was played at Castle Stuart – and went back-to-back the following week at Muirfield, a victory he has called the most satisfying of his career.