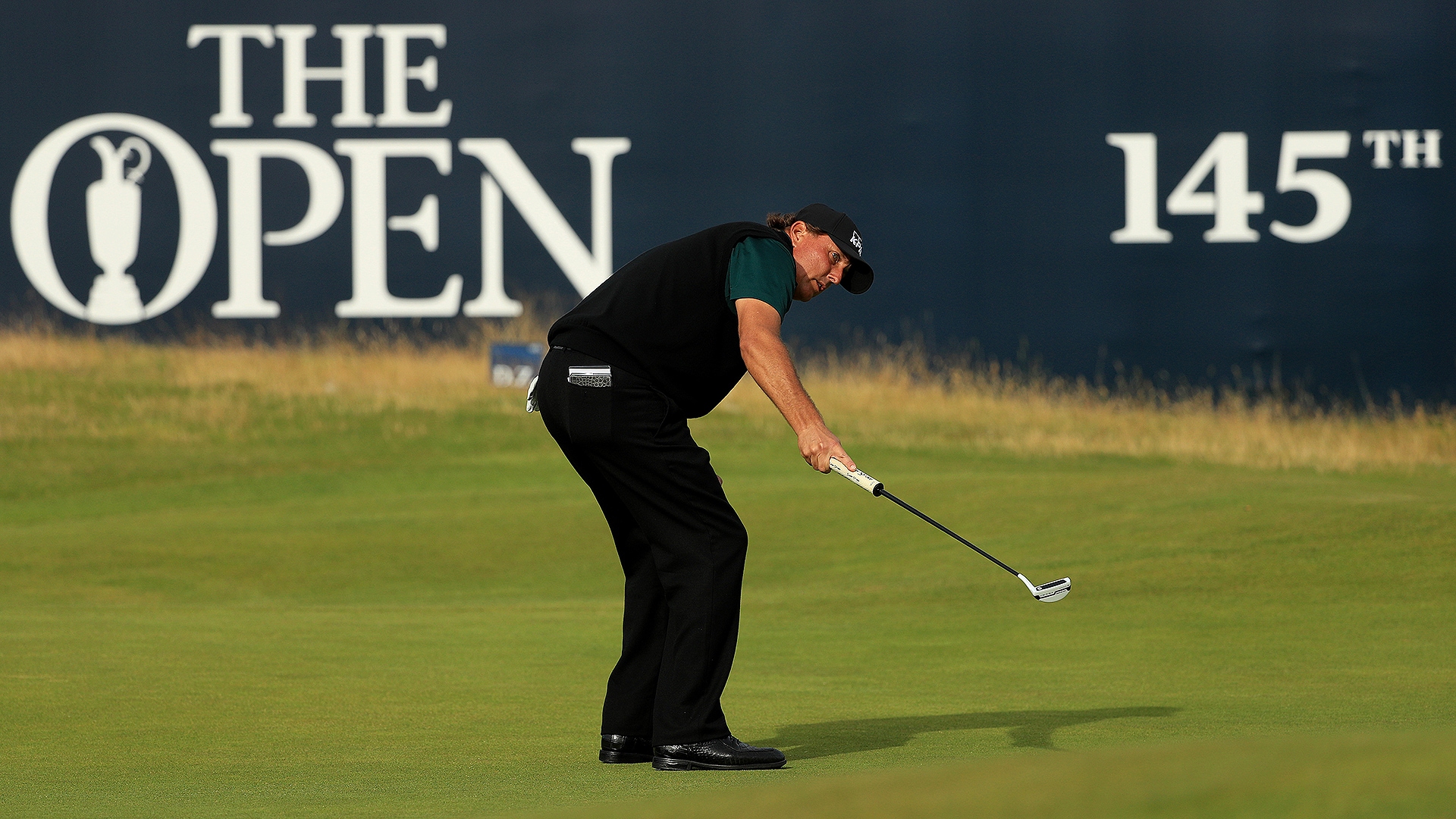 TROON, Scotland – It was right here at Royal Troon that it finally clicked for Phil Mickelson.

Prior to the 2004 Open, Mickelson had virtually no success playing links golf, with only one top-20 finish in 11 appearances. But that week he closed with three consecutive rounds in the 60s and finished third, one shot out of the Todd Hamilton-Ernie Els playoff.

Since then, he’s had six top-25s, including his breakthrough victory at Muirfield in 2013, where he shot a final-round 66 and earned what he described as the most satisfying win of his career.

“Unfortunately it took me a while to break through and ultimately win it,” he said, “but I did, and that’s what matters.”

Photos: Phil's priceless reaction to his lip-out for 62

The secret for his turnaround, Mickelson said, was working with short-game coach Dave Pelz in the offseason in 2003. He learned how to take spin off of his shots, and Lefty is still employing those lessons today. On the par-3 eighth hole, for instance, he hit a low, boring pitching wedge that stayed out of the wind and led to a birdie.

“The way he played out there today,” Ernie Els said, “it’s amazing he’s only won one Open. It was beautifully played. He was in total control of the ball. He didn’t miss too many, and just managed himself so well.”