Mickelson on opening 72: 'I played terrible' 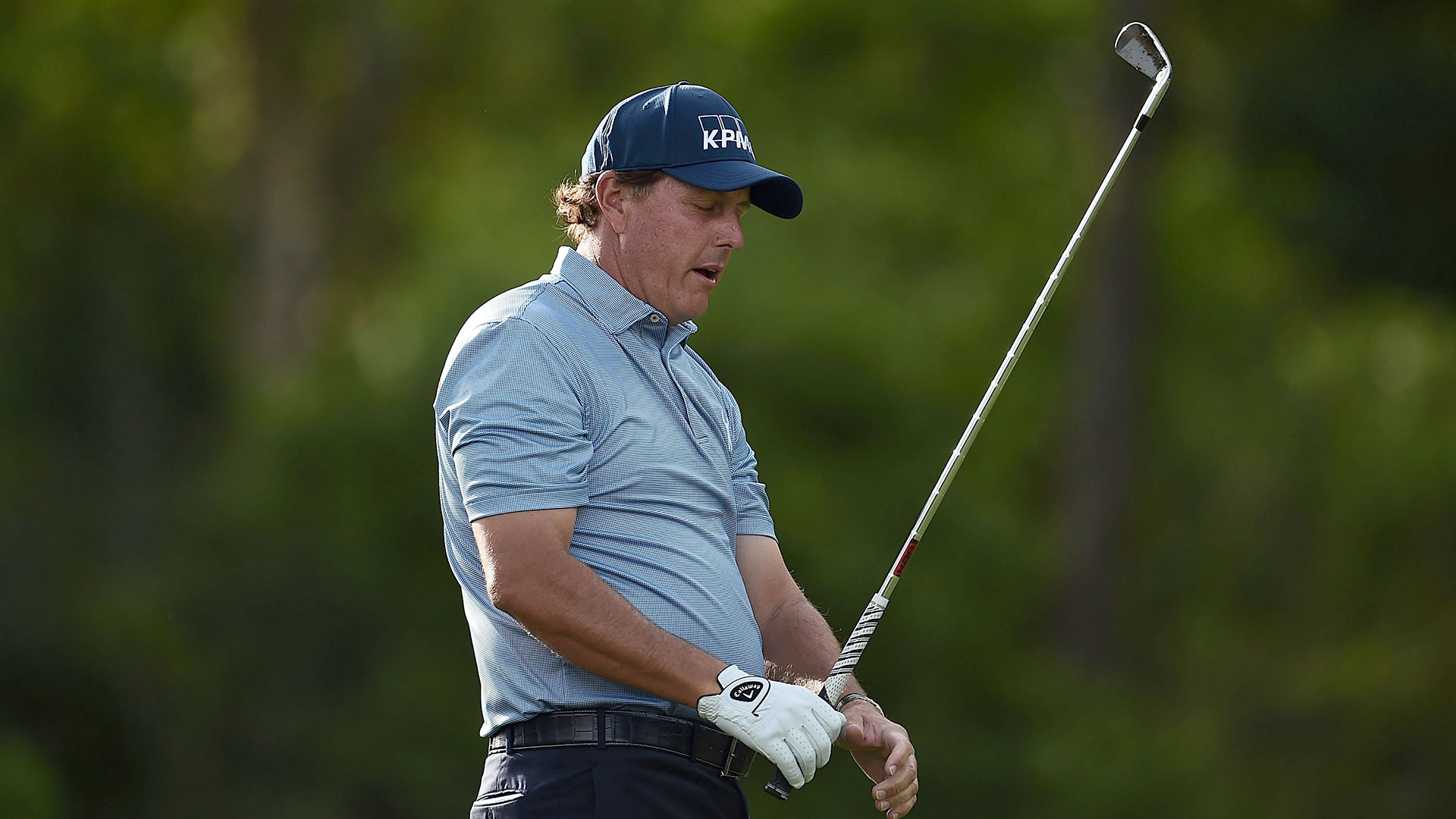 Mickelson birdied three of the four par 5s at the Golf Club of Houston, but he also added three bogeys in his first competitive round since a quarterfinals loss to Bill Haas at the WGC-Dell Technologies Match Play. He now sits eight shots off the early pace set by Rickie Fowler (64).

“I played terrible,” Mickelson said. “I was just a little bit off. I didn’t hit my irons close, I didn’t make a lot of great putts. I did make some to keep it at even. Hit a few in the hazard. I wasn’t quite sharp today, but I’ve been playing well so I’m hopeful to come out tomorrow and shoot a low one and get back in it.”

Mickelson made his annual pilgrimage to Augusta National Golf Club earlier this week, playing the course on both Monday and Tuesday before returning to the Lone Star State.

“It’s in incredible shape, like it always is,” he said. “The greens were quick. The greens, they had them up to a pretty good speed. It was nice to get a little bit of work done.”

Mickelson now finds himself in an early hole, but he’s still hopeful that he’ll get his game back on track before renewing his quest for a fourth green jacket – and first win on Tour in nearly four years.

“I think playing here really helps me, helps me to get sharp so that I don’t have a day like this next Thursday,” he said. “I get focused and dialed in a lot easier when I only have three days in between tournament rounds rather than 10 days or more. I like playing the week before.”