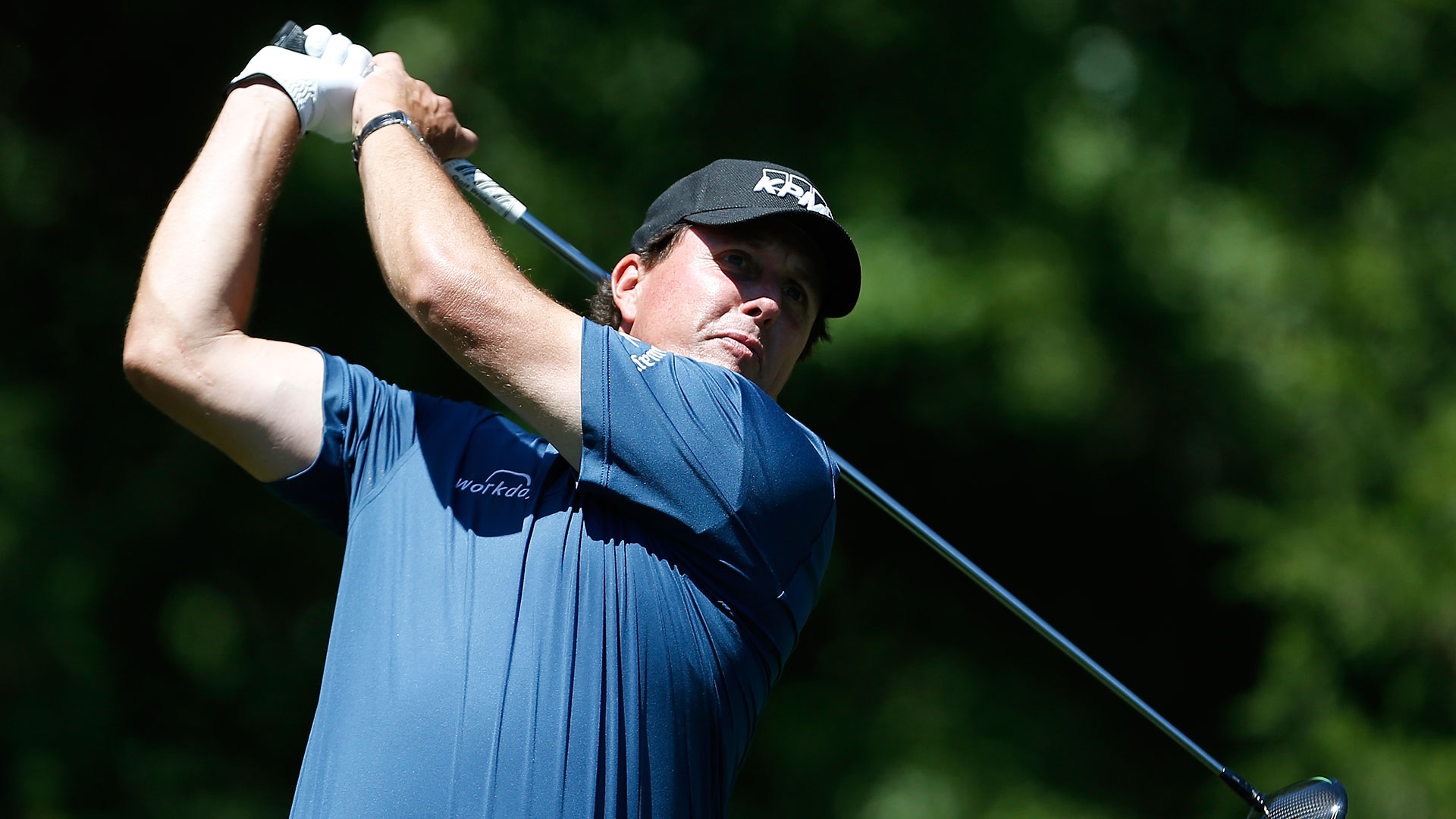 WILMINGTON, N.C. – Phil Mickelson made a detour on his way to the Wells Fargo Championship to play Quail Hollow Club, which has hosted this week’s tournament since it joined the PGA Tour in 2003 and will be the site of this year’s PGA Championship.

“It's very hard. It's going to be a perfect site for the PGA Championship,” Mickelson said. “You don't have to do much to it because the course is straightforward, a tough test of golf and very well done.”

This week’s Wells Fargo Championship had to relocate to Eagle Point Golf Club to make room for the PGA, and if Mickelson is correct officials may want to start searching for more alternate venues.

“I'm just happy for the club of Quail Hollow and [club president] Johnny Harris for all that they've done for the game of golf to get the reward of the PGA Championship and hopefully some more big events; hopefully President Cups or Ryder Cups or more majors because it really is a special place,” Mickelson said.

The Charlotte, N.C., club is scheduled to host the Presidents Cup in 2021.