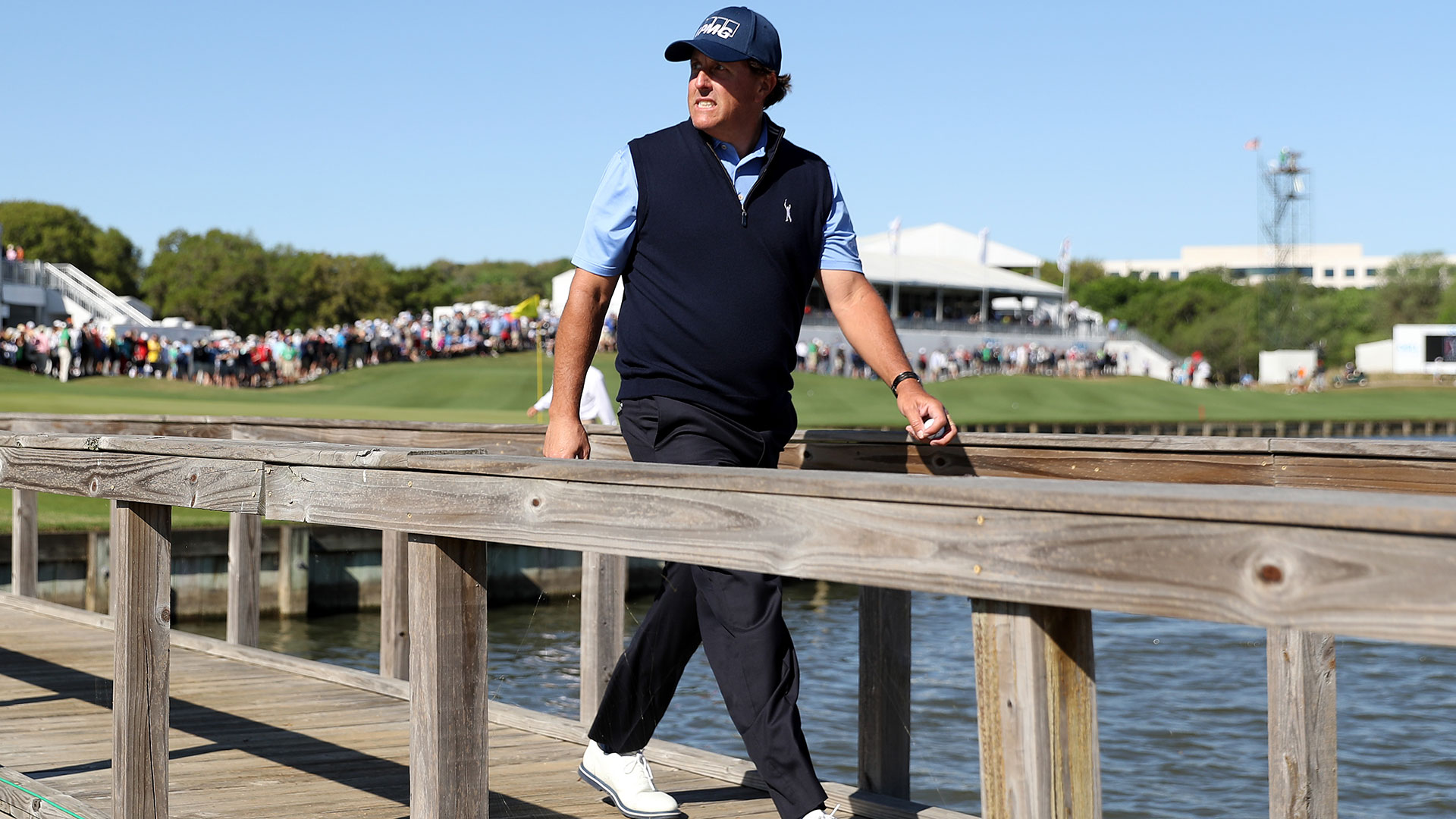 AUSTIN, Texas – Phil Mickelson is on a collision course with his protégé Jon Rahm, and Dustin Johnson has the look of a man on a mission following the round of 16 Saturday at the WGC-Dell Technologies Match Play.

Mickelson, who had never advanced past the Sweet 16 at the Match Play before this week, still hasn’t trailed in any of his four matches, nor has he seen Nos. 16, 17 and 18 at Austin Country Club since last year’s Match Play following four commanding victories.

“I'm certainly a little bit worried, because I know there's going to be a key match that's going to go down to the last few holes. And I'm not as comfortable on those holes as I'd like to be,” said Mickelson, who will face Bill Haas in the quarterfinals on Saturday afternoon. “But I love the fact that I'm able to be rested and ready to play, because I think it's helping me get off to a good start.”

If Mickelson beats Haas and Rahm – who defeated Charles Howell III, 6 and 4 – defeats Soren Kjeldsen he will face Lefty in the semifinals. The two are regular practice round partners and the Spaniard’s manager is Mickelson’s brother, Tim.

On the other side of the bracket, Johnson cruised past Zach Johnson, 5 and 4. DJ also hasn’t trailed in a match this week. The world No. 1 will face Alex Noren, who survived a heated match, 3 and 1, with Brooks Koepka in the morning wave.

In the morning’s closest match, Hideto Tanihara withstood a late rally by Paul Casey for a 2-and-1 victory. Tanihara will play Ross Fisher, who defeated Bubba Watson in the quarterfinals.