Mickelson ready to build on momentum at PGA 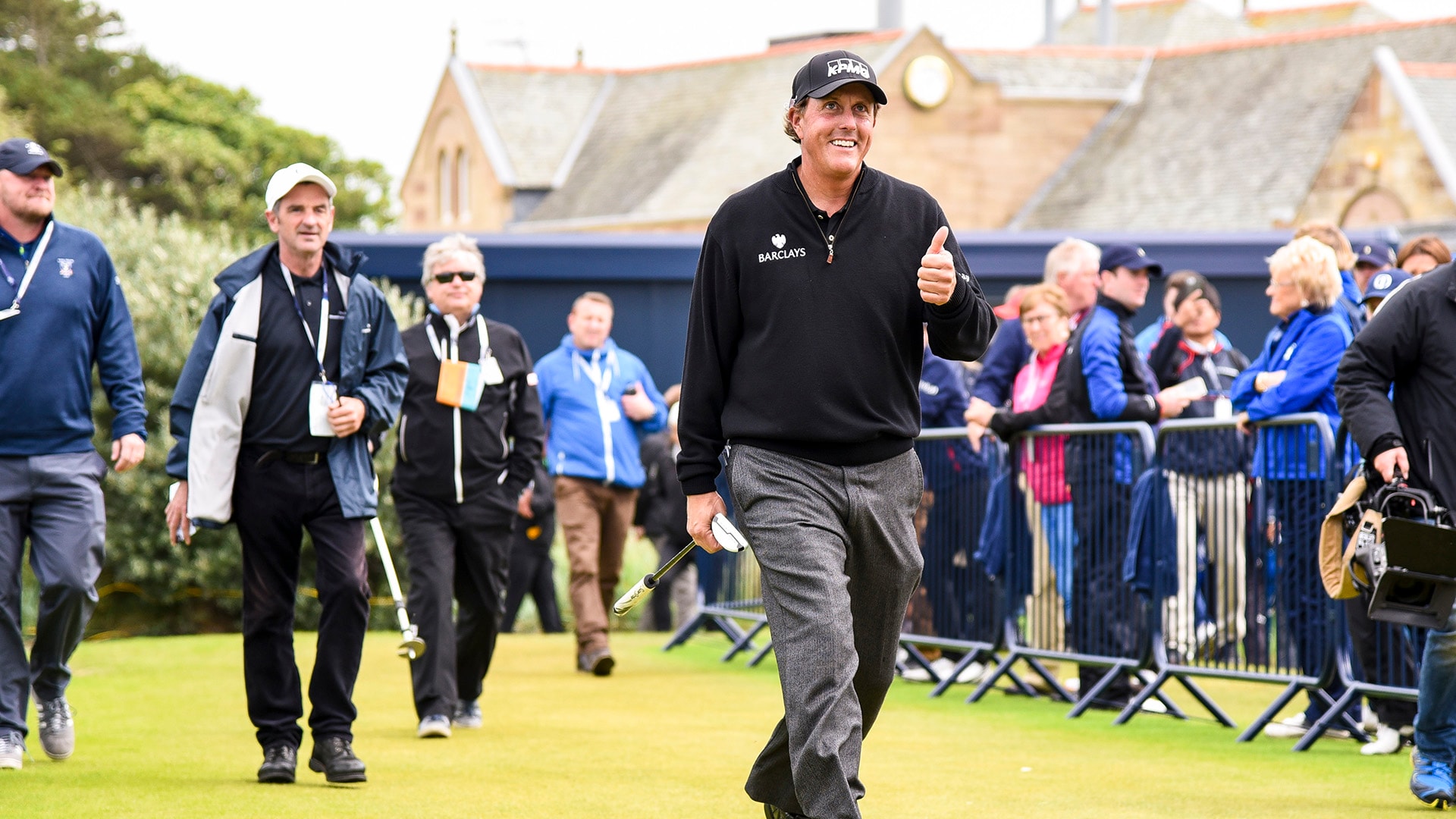 Sure, he’s down in the dumps because he shot a final-round 65 Sunday at The Open and lost to Henrik Stenson, but his game is good and Mickelson is ready to build on his momentum.

Mickelson, however, can’t wait to get to Baltusrol, site of his PGA Championship victory in 2005. He’ll fly there on Wednesday to do some corporate work and will get a couple early looks at the track.

“It doesn’t give me a chance to take time off, per se,” he said Sunday after finishing second to Henrik Stenson by three shots at Royal Troon. “It forces me to keep my game sharp.

“I've got a lot of special memories going back to Baltusrol in '05, and probably we don’t have a month to wait between majors is a good thing for me. I'll try to look at the positives and take that into Baltusrol and keep my game sharp over the next week or two as opposed to going home and taking some time off.”