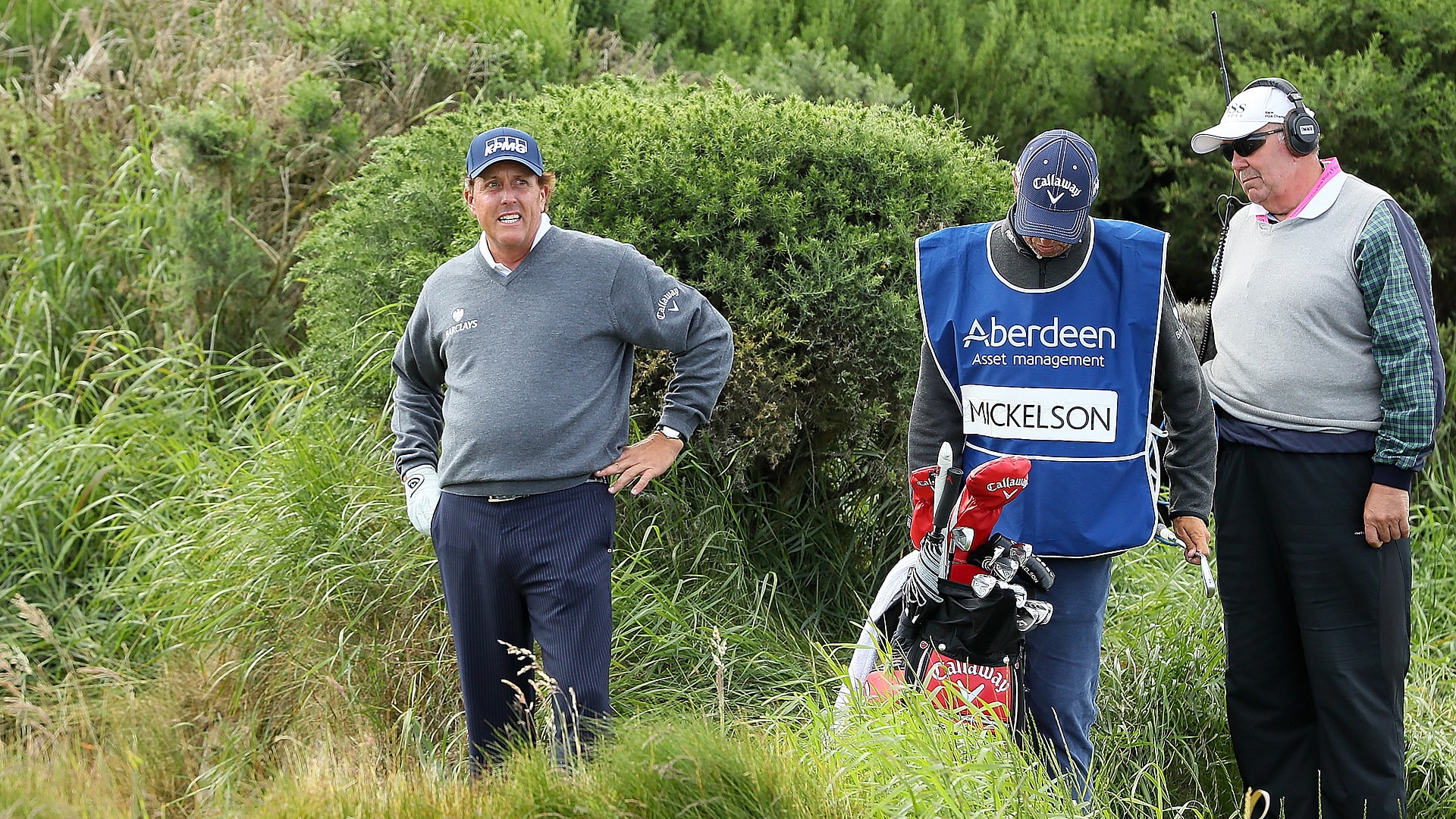 In softer conditions Friday, Phil Mickelson rebounded from a sloppy start to shoot 69 and play the weekend at the AAM Scottish Open.

Mickelson, who opened with 76, was 2 over par for his first four holes Friday before going 5 under the rest of the way. A big boost was an eagle on the 337-yard 16th hole, when his 2-iron tee shot rolled within 3 feet of the cup.

“The conditions were a little bit softer,” he said, “so the scores have been quite a bit lower.”

At 1-over 145, he is still eight shots behind leader Danny Lee.

Mickelson now turns his attention to Saturday morning’s third round, when conditions are expected to be even easier before turning more difficult in the afternoon.

Mickelson won the Scottish Open the last time it was held at Castle Stuart, in 2013. He shot 66-69 on the weekend.