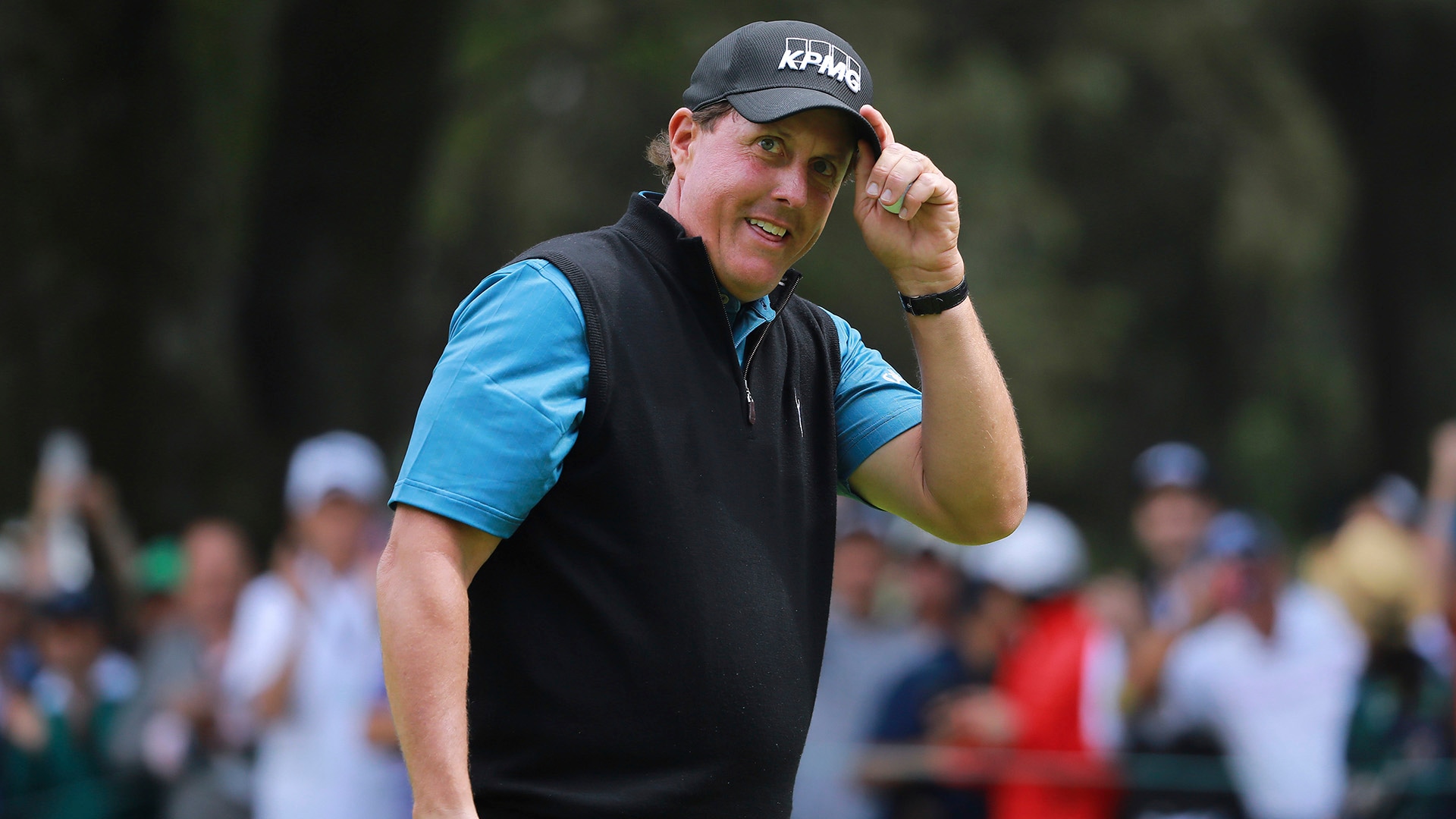 Skipping a major, postponing for another year the chance at closing out the career Grand Slam. It sounds like a choice few players would make, but according to Phil Mickelson the decision was easy.

Speaking to reporters at the FedEx St. Jude Classic, Mickelson explained that he and his 18-year-old daughter, Amanda, never even had a discussion about attending her high school graduation or playing in the first round of the U.S. Open. It was simply assumed that he'd be in attendance.

"I love the (U.S.) Open, but this is a special moment for us," Mickelson said Wednesday. "I mean, my daughter's speaking, she's giving the speech there at graduation. It's just one of those things, you need to be there. So it wasn't a hard decision at all."

The ceremony at Pacific Ridge in Carlsbad, Calif., is slated for June 15, the same day as the first round at Erin Hills. Mickelson explained last week that barring an unforeseen weather delay, he would miss the U.S. Open for the first time since 1993. The school confirmed this week that, despite an online petition asking for the ceremony to be rescheduled, graduation will proceed as planned.

Mickelson famously played the 1999 U.S. Open with a beeper in his golf bag, awaiting word that his wife, Amy, was going into labor with the couple's first child. The alert never came as Mickelson lost by a shot in dramatic fashion to Payne Stewart on the 72nd hole, and Amy gave birth to Amanda the very next day.

Mickelson explained that he often thinks back to that whirlwind, 48-hour stretch where he felt both the pain of difficult on-course defeat and the bliss of Amanda's birth.

"As you get older and you share these moments, you realize the greatest moments in life are those spontaneous moments with your family," he said. "And this is one of those moments that I'll cherish forever."

While Mickelson likely won't play next week, he is teeing it up at TPC Southwind where he has finished T-3 or better three of the last four years, including a runner-up last year. He finished T-22 last week at the Memorial Tournament and, while he hasn't cracked the top 10 in a stroke-play event since March, he has notched four top-30 finishes across that span.

Mickelson will turn 47 next week, and he would dearly love to end a victory drought that dates back to his triumph at The Open in 2013 at Muirfield.