Mickelson starts hot, cools off with double at 17 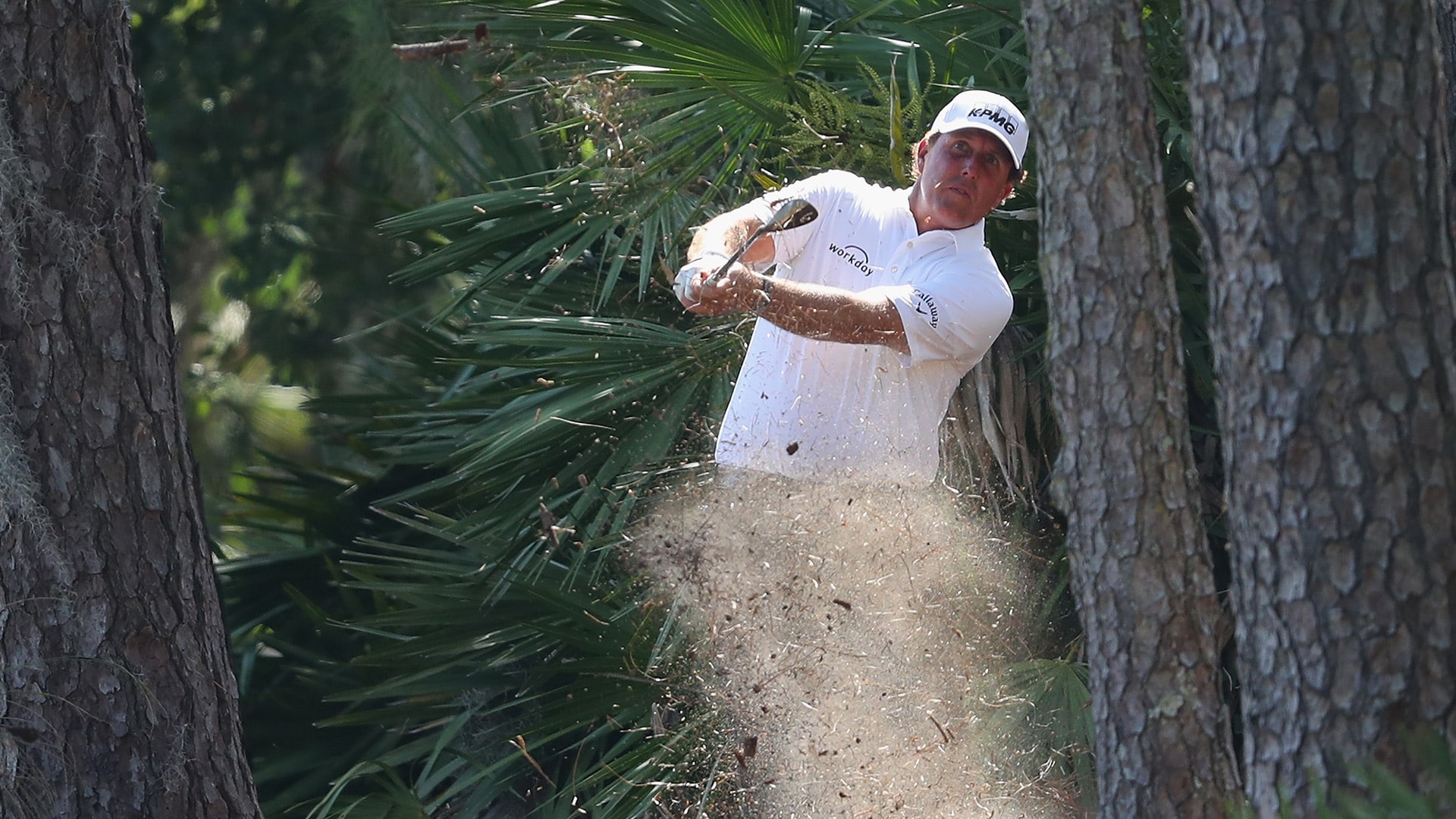 Mickelson had missed the cut at the PGA Tour’s flagship event each of the last four years, but at one point Friday he moved to within one shot of the lead. The southpaw rattled off three birdies in a four-hole stretch, holed a number of clutch par putts and appeared ready to contend for his first win since The Open in 2013.

But he made three back-nine bogeys and rinsed his tee shot on No. 17, leading to a double. It all added up to a tumultuous, even-par 72 that left him at 2 under and seven shots off the pace.

“I don’t know what to say. I played well today,” Mickelson said. “I thought that it’s a hard course, and any errant swings will lead to not a good score. But I played a good front nine and shot even. I don’t know what else to say.”

Mickelson was still pleased with the swing he put on the ball on No. 17, noting the fine line between success and failure that the firm and fast conditions can create. While he now must overcome a significant gap to get back into contention, he believes an early third-round tee time may not be the worst option.

“I think the guy that is going to be leading tomorrow is going to be somebody that’s at like even, 1 under par right now that goes out early and has a chance to shoot a low round,” he said. “Because as the day wears on, the course firms up and dries out, and it gets a lot more difficult.”