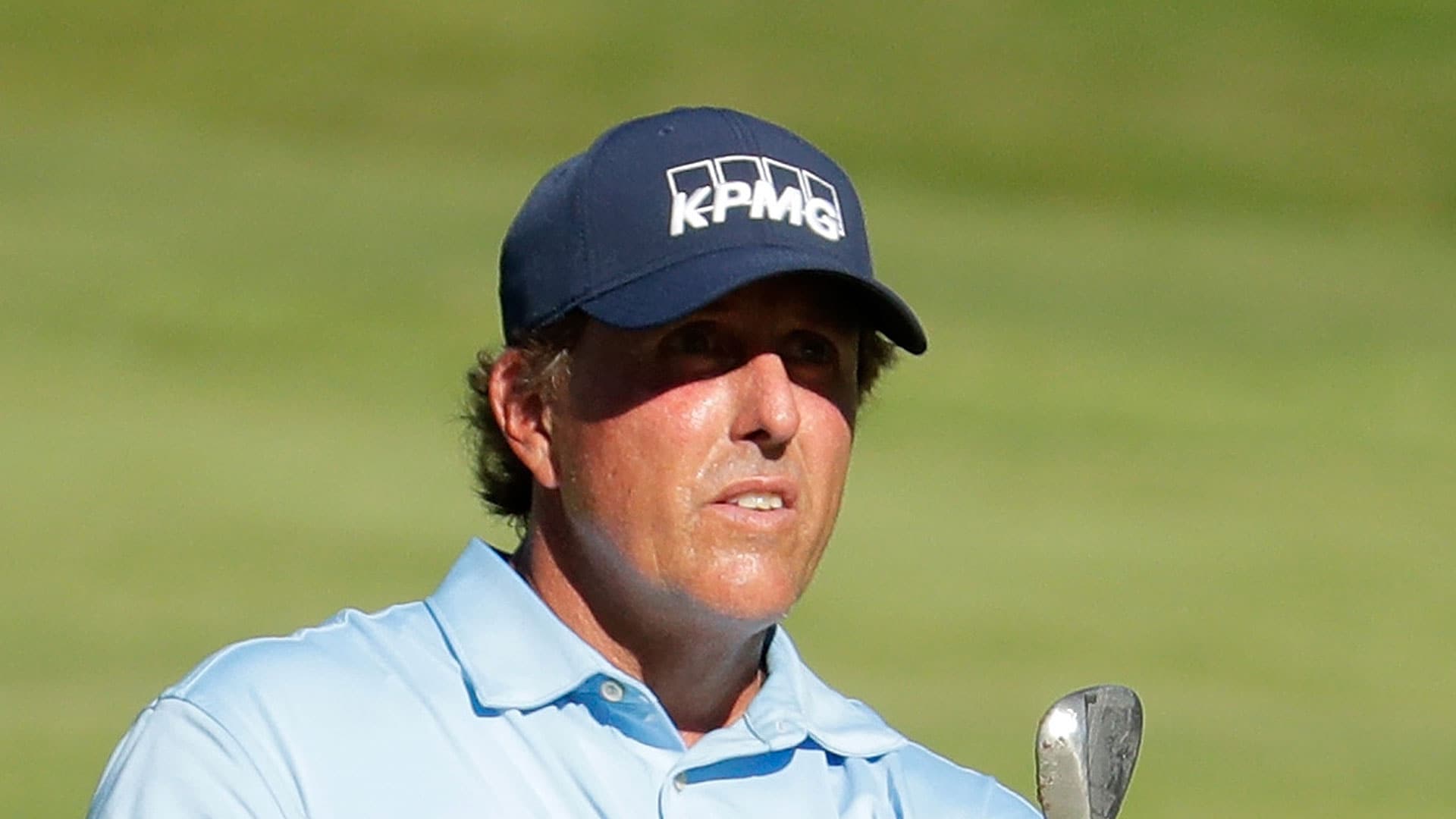 MEMPHIS, Tenn. – Phil Mickelson came within a 7-footer for par at the 13th hole of his first bogey-free round since the AT&T Pebble Beach National Pro-Am in February, but that didn’t dampen Lefty’s mood on Friday at the FedEx St. Jude Classic.

“I've been striking the ball very well coming into this week even though the first two days weren't my best,” said Mickelson, who finished with 65 for a share of third place with Dustin Johnson and Brooks Koepka at 5 under. “To have the putter back and to be putting the way I am, if I can hit it the way I've been hitting it all year I should have a very good opportunity this weekend.”

Mickelson, whose lone bogey came at the 13th hole, did have some concerns about his ball-striking, particularly his driving for two days at TPC Southwind where he’s missed half his fairways.

“I do have some work to do. I hit a lot of good shots but I hit a lot of bad shots,” said Mickelson, who went straight to the practice range after his round to work with swing instructor Andrew Getson.