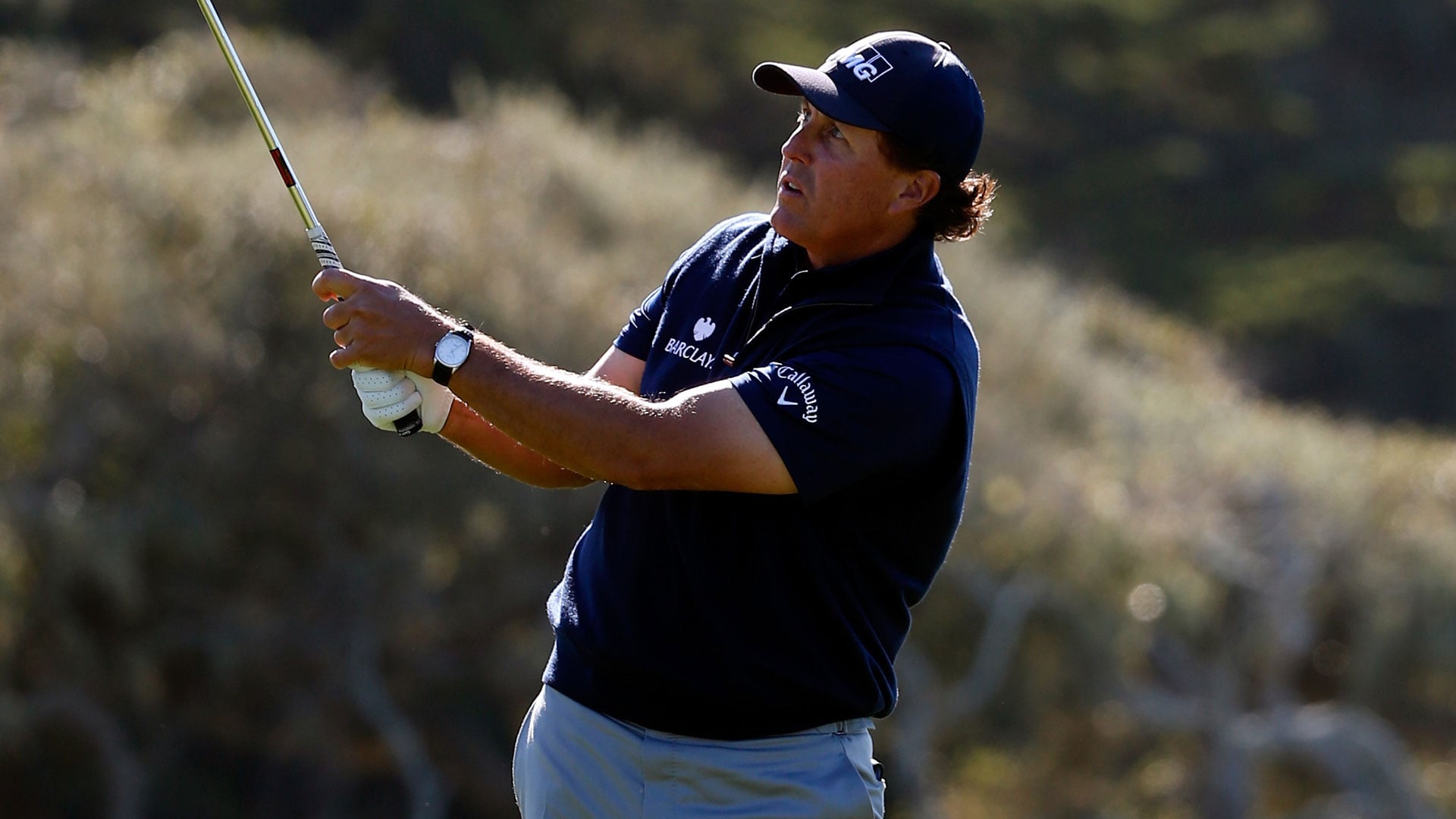 Saturday was the Phil Mickelson show at Pebble Beach, with the veteran lefthander taking the third-round lead with a 66 in a tournament he has already won four times. Here’s how things shook out above the crashing surf on the Monterey Peninsula:

What it means: Mickelson is looking to match Mark O'Meara's feat of winning five times at Pebble Beach. More important, though, Lefty is looking to break a victory drought that dates back to the 2013 Open Championship. How good is Mickelson in this event? This was his 11th round of 66 or better in this tournament. In the past 30 years, no one else has more than six such rounds.

Round of the day: Jimmy Walker had a 9-under 63 at Pebble Beach that rocketed him up the leaderboard. Remarkably, he started with a bogey on No. 10, but that was the only blemish on his card. He added three birdies before making the turn, then really caught fire on the front, eagling both par 5s and adding three more birdies for a 29.

Best of the rest: Mickelson started on the back nine at Pebble Beach. He birdied Nos. 11, 17 and 18 to make the turn in 33. He added circles at Nos. 5, 6 and 7 on the front for another 33 and 66 total. His short game was vintage Mickelson, as he hit only nine greens in regulation, yet was bogey free.

Biggest disappointment: Patrick Reed followed a pedestrain opening round of 72 with a stellar 65 to move into contention. On Moving Day, however, he moved right back out of contention with a third-round 73.

Main storyline heading into Sunday: All the eggs will be in the Phil basket as he takes aim at equaling O'Meara's record. Mickelson has been in the lead after 54 holes for three of his wins at Pebble. This is his first outright 54-hole lead since the 2013 U.S. Open, where he wound up finishing T-2.