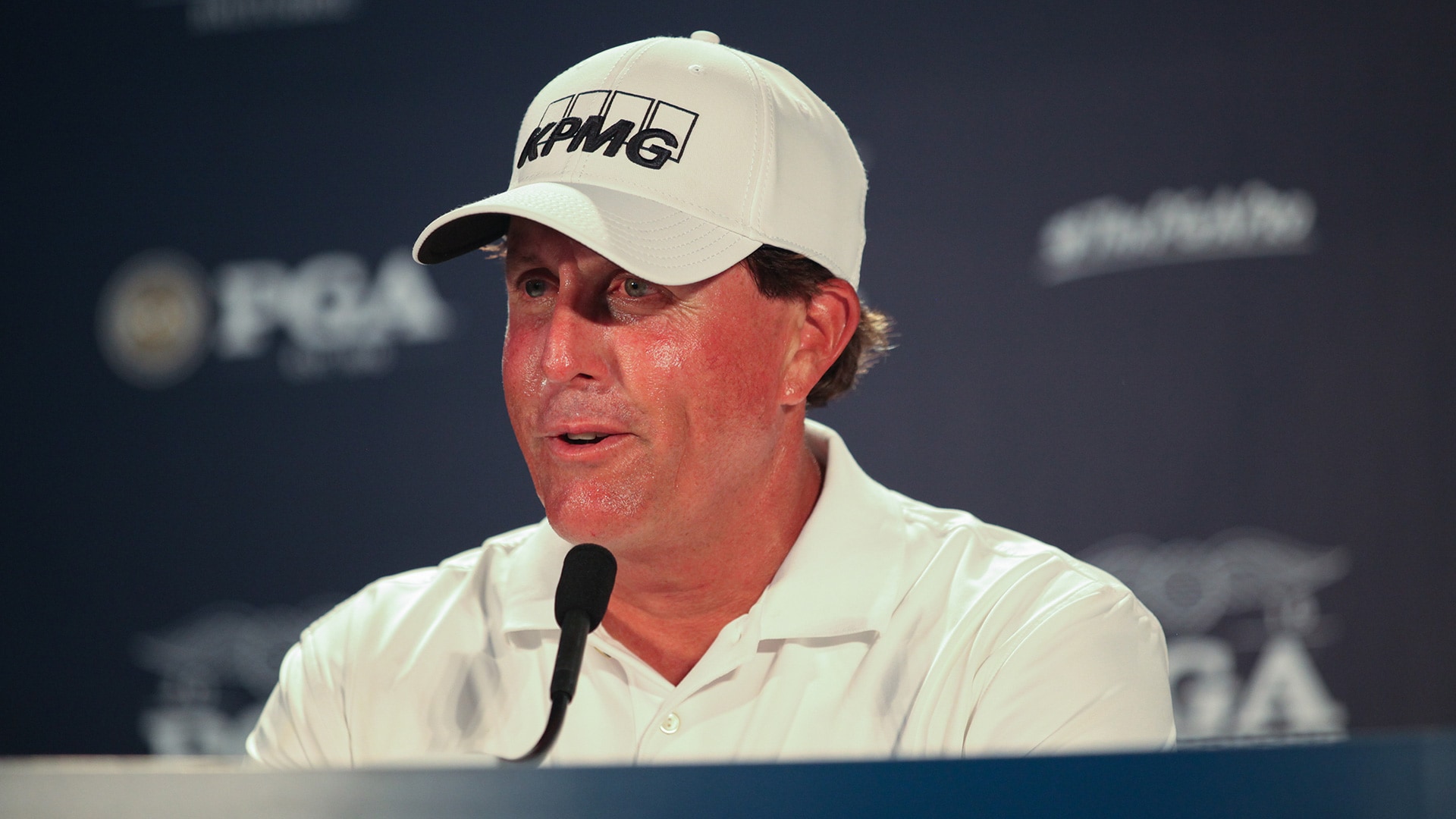 SPRINGFIELD, N.J. – At least Phil Mickelson maintained his sense of humor after watching a second claret jug slip through his fingers.

Mickelson fired a bogey-free 65 during the final round of the Open Championship at Royal Troon, carding a 72-hole score that would have been good enough to win all but a handful of Opens. But it wasn’t enough to win the 145th edition of the event, as Henrik Stenson left Mickelson in his dust after carding a closing 63.

So days later, as he preps for another major championship, what does Mickelson feel he could have possibly done to alter the outcome in Scotland?

“I don’t look back on the final round with anything that I would have done different, other than maybe go over to Stenson’s bag and bend his putter a little bit,” Mickelson said. “That’s probably the only thing I could have done and had a chance.”

Mickelson remains optimistic about his game, having now recorded five top-5 finishes in his last 14 starts. He also gets an extra boost in confidence this week by returning to Baltusrol Golf Club, where he won his lone PGA Championship title back in 2005.

But the psychological effects of his latest close call – Mickelson’s 11th runner-up finish in a major – have not yet fully sunk in for the 46-year-old, who remains in search of his first PGA Tour victory in more than three years.

“I think it’s one of those things where I’ll look back over time and my disappointment will probably increase, because it’s the first time in my career that I’ve played to that level of golf and not had it be enough to win a tournament,” he said. “That’s a disappointing thing, because I would have loved to have added another claret jug.”