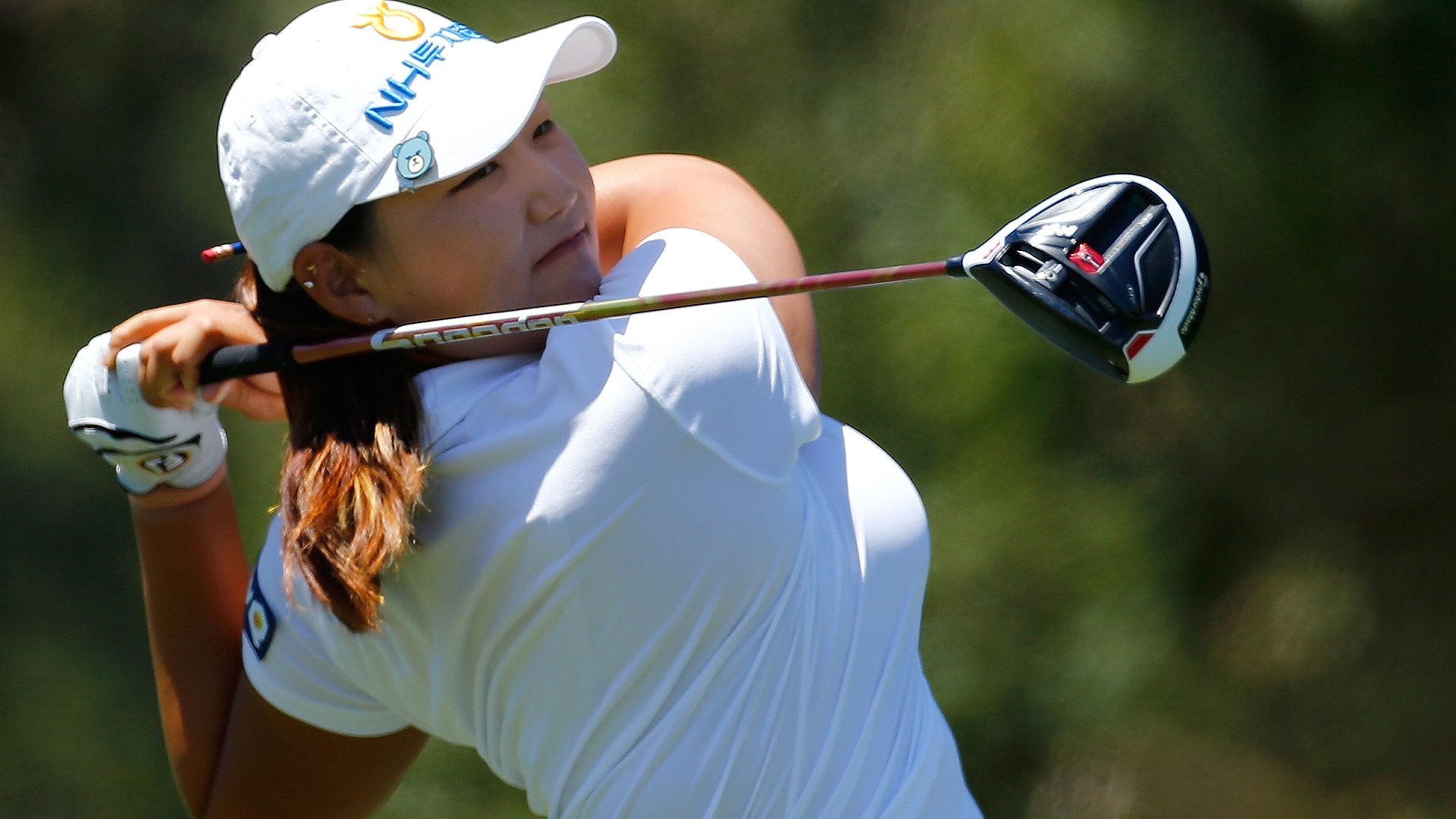 SAN MARTIN, Calif. – Will Mirim Lee’s 8-under-par 64 in Thursday’s first round of the U.S. Women’s Open lead to more difficult setups the rest of the week?

“I don't think the USGA likes when we shoot 8-under on their golf course,” said Cristie Kerr, who played alongside Lee. “You have to expect it to change, and if it doesn't, then you'll have opportunities to score.”

Lee grabbed the early lead with a round of 10 birdies and two bogeys. The two-time LPGA winner from South Korea hit every green in regulation except one and hit 11 of 14 fairways. She took 25 putts.

Kerr won the U.S. Women’s Open in 2007. She got herself in contention Thursday at CordeValle with a 67.

Actually, if they were playing best ball, they would have shot 60 together.

“You would expect the USGA is not too happy with that score,” Kerr said. “So it will be interesting what they come up with for the rest of the week.”

Will the course get tougher? USGA officials said Wednesday the plan was to get the course firmer and faster every day. That would naturally make the setups tougher as the week progressed.