Molinari leads by one; DJ stumbles at Wells Fargo 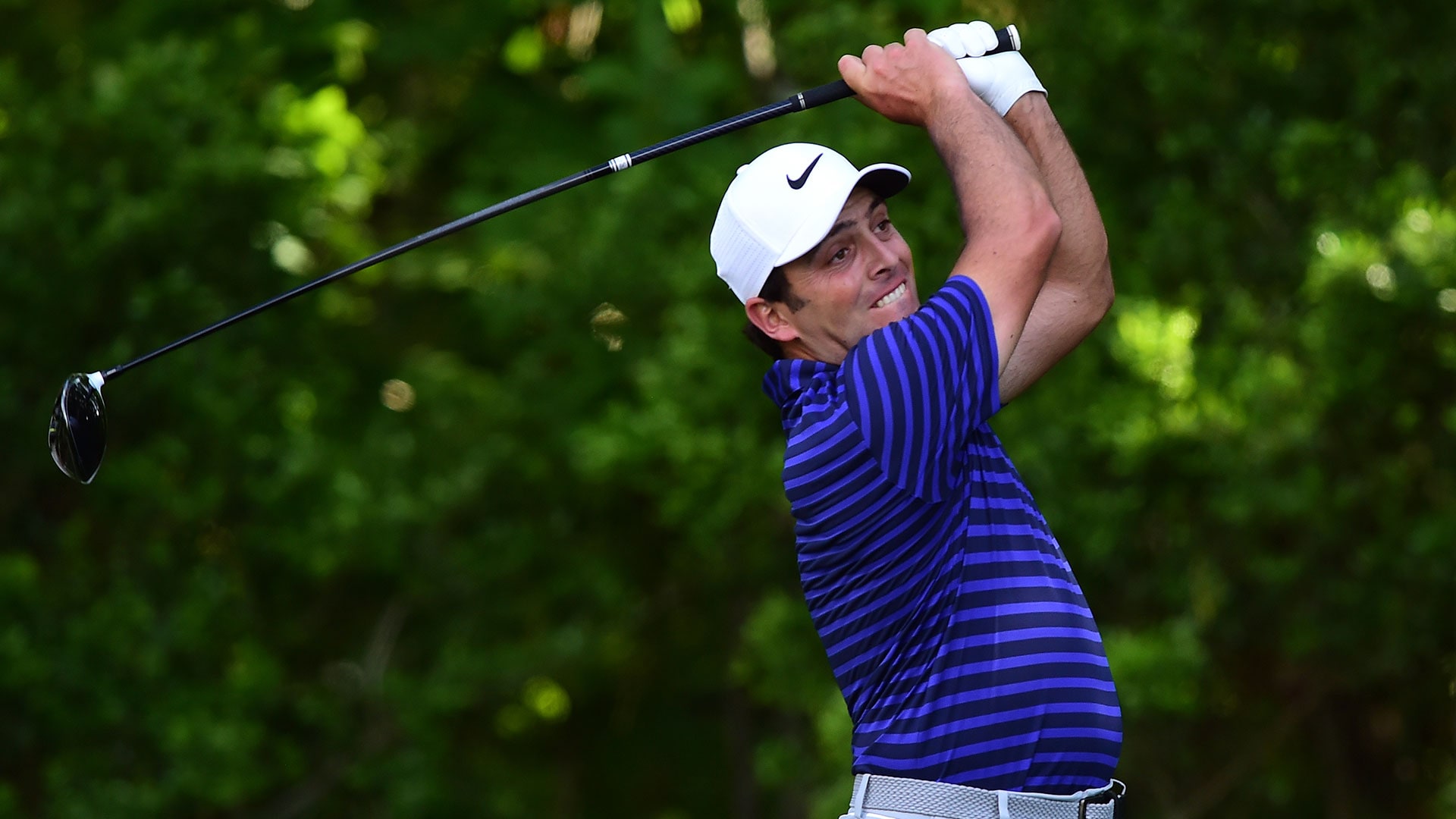 WILMINGTON, N.C. – The second round was completed early Saturday at the Wells Fargo Championship after storms on Day 2 forced the delayed finish.

Francesco Molinari, who led after Round 1, pulled away from the field with an even-par 72 to move to 6 under par, a stroke clear of Billy Hurley III, Seamus Power and John Peterson.

“The leaderboard is really bunched up so there's a lot more guys close to me,” Molinari said. “I need to play as if I was two, three shots behind and keep hitting good shots and try to make putts.”

World No. 1 Dustin Johnson struggled coming in with a pair of late bogeys on his way to a 3-over 75 to make the cut on the number. The Wells Fargo Championship is Johnson’s first start since he withdrew from the Masters with a lower back injury.

The third round began at 10:27 a.m. (ET) with players going off the first and 10th tees in threesomes.