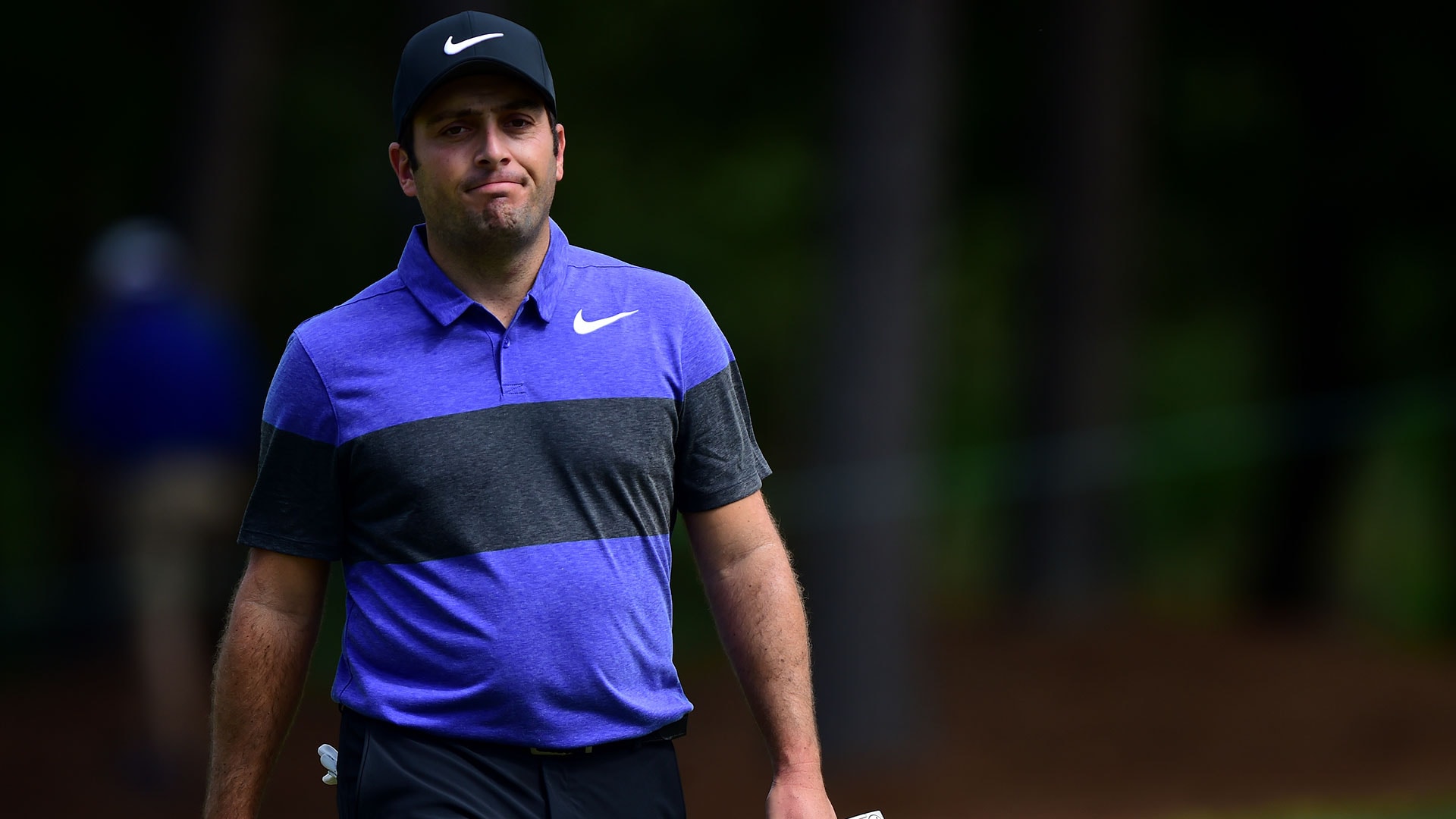 WILMINGTON, N.C. – Francesco Molinari has had a solid season with just a single missing element – putting.

“Obviously today I made a few more putts than maybe the last couple of months, which is always nice,” said Molinari, who paced the field on Day 1 at the Wells Fargo Championship with a 6-under 66. “I went back from Augusta and [the RBC Heritage] knowing that I was playing really well but I needed to make more putts, so I worked on the putting a lot the last couple weeks and it paid off today.”

Although Molinari’s improved putting was a boost on Thursday at Eagle Point Golf Club, where he had a 1.213 strokes gained: putting advantage which was nearly a stroke better than his season average, it was another club that secured his spot atop the leaderboard.

After missing the fairway with his tee shot at the par-5 18th hole and hitting his third shot left of the green, Molinari pitched in for birdie from 25 feet to close his round.

“I was worried [his approach shot] was going to be in the second cut, and I was happy when I saw it was in the first cut and it was makeable for sure,” Molinari said. “But it came out just perfect and it was a great way to end up the day, very good round.”