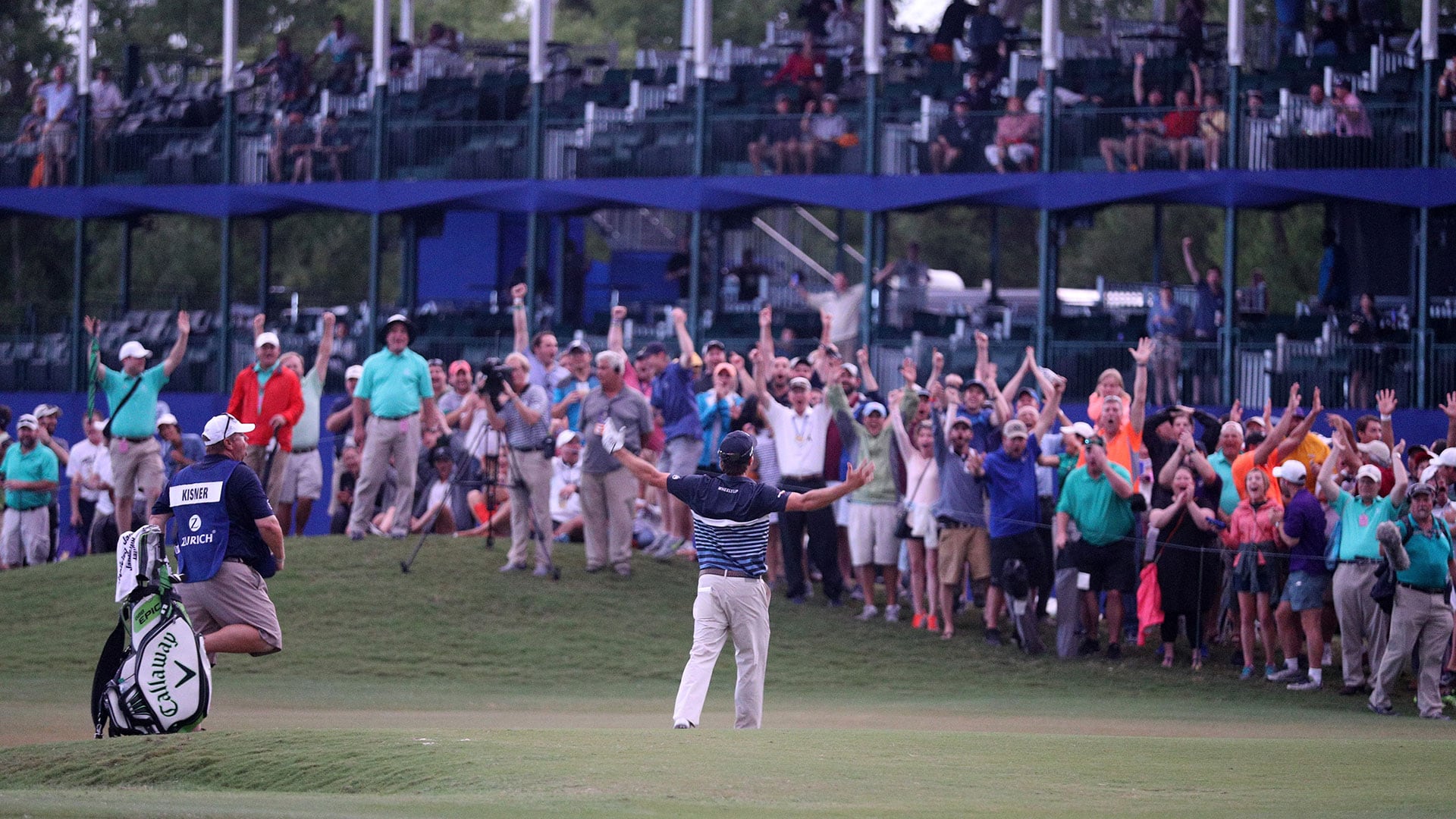 The weather nearly washed out the final round of the Zurich Classic of New Orleans, but after an exciting finish near dusk two teams will return Monday to battle for the title. Here's how things ended up in the Crescent City, where a playoff looms in the morning at TPC Louisiana:

What it means: Blixt and Smith started the day with a four-shot lead, but Kisner and Brown rocketed past them after only six holes to take a lead when rain halted play for more than six hours. Once players got back on the course, Blixt and Smith birdied No. 17 to take a one-shot lead only to watch Kisner hole out for eagle on the final hole to force overtime. Regulation play ended essentially in the dark, meaning all four men will return to the course at 9 a.m. ET Monday, where Smith will look to win for the first time while Kisner and Brown will hope to cap a sizeable comeback.

Round of the day: Kisner and Brown started the day four shots off the pace, but when weather halted play after just six holes they had already taken the lead. Thanks in large part to six birdies in a row from Kisner on Nos. 2-7, the pair birdied 10 of their first 11 holes and then added one more highlight on No. 18 with their backs against the wall to close out a round of 12-under 60.

Best of the rest: The team of Kraft and Tway fired an 11-under 61 that moved them up 11 spots on the leaderboard. The pair birdied five out of six from Nos. 2-7, then played their final eight holes in 6 under including an eagle from Kraft on the final hole. For Tway, it's a second straight T-3 finish after contending last week in San Antonio.

Biggest disappointment: It's tough to be disappointed when a playoff spot still looms, but Blixt and Smith felt like they had this thing wrapped up. After a four-shot lead disappeared, the two used the lengthy weather delay to reset and grabbed the outright lead with birdies on Nos. 16 and 17 before Kisner's shot at the buzzer meant all four players had to come back out on Monday.

Shot of the day: With Smith already in close for birdie, Kisner managed to hole his chip from 95 feet to force a playoff and spark a raucous celebration with the fans that stuck around behind the 18th green in near-darkness.

With their backs to the wall ...