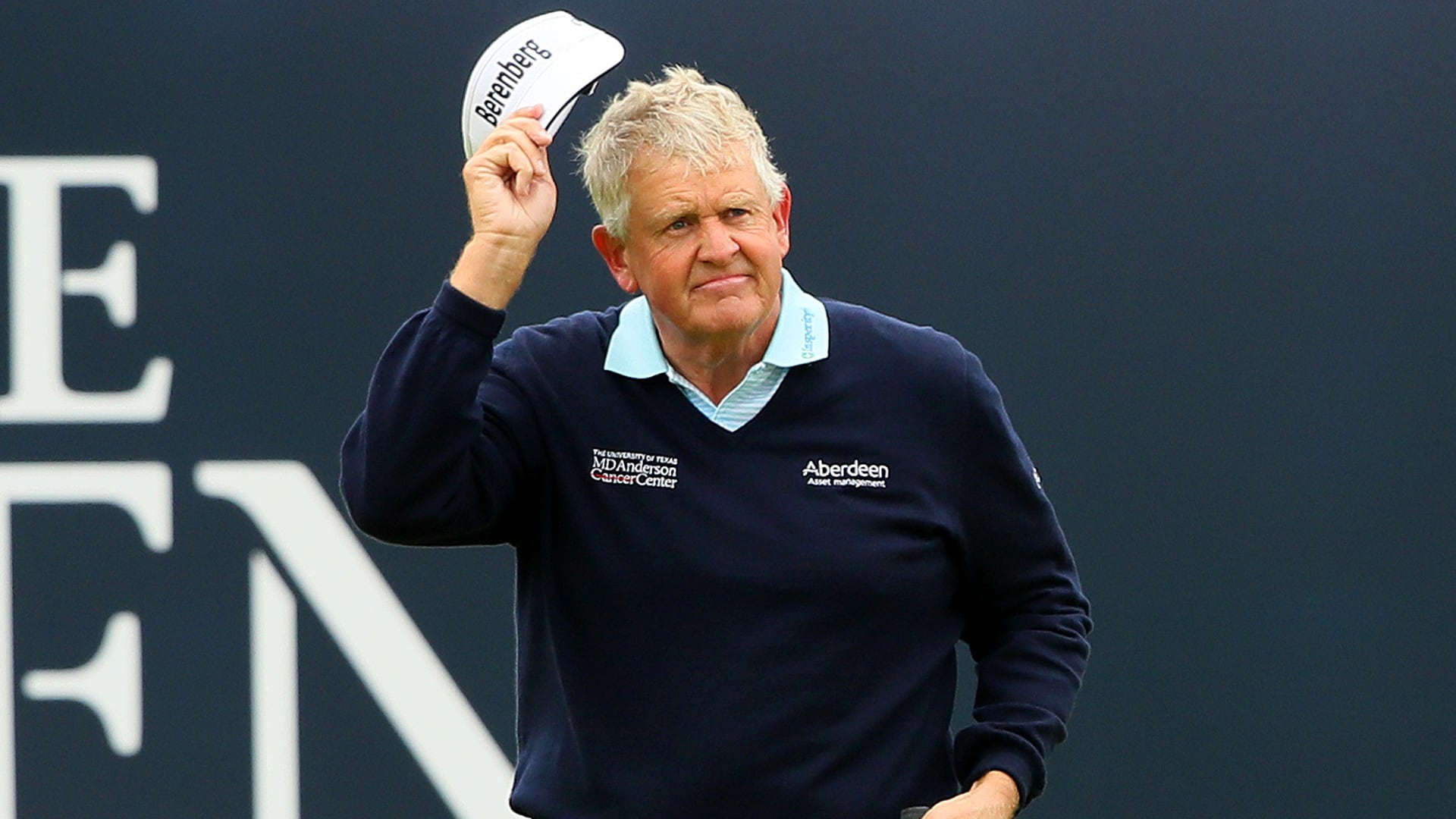 TROON, Scotland – Colin Montgomerie achieved his goal of playing in his beloved Open on Sunday at Royal Troon, a place where he grew up and learned the game.

He even joked that he was the leader in the clubhouse. Twice.

Montgomerie, 53, fittingly hit the first tee shot Thursday and was out first again on Sunday with marker Kieron Stevenson in the final round, playing in 2 hours, 50 minutes. Since he was the first to finish both days, technically, he was the leader.

“I’m tired now,” Montgomerie said after shooting a final-round 76 to end the week at 17 over. “Very tired.”

When Montgomerie arrived here early in the week he knew it’d take all he could muster to make the cut. With softer conditions because of rain, he had to fly longer clubs into holes instead of running shorter irons into greens. He says he hit many 3-irons over the past four days on shots that the leaders were likely hitting 7- or 8-irons.

“It’s a big difference,” he said. “Especially with The Open pins behind bunkers and stuff. So as soon as I saw the conditions, it was really against me.”

Montgomerie says he’s struggled with his game the past few months, particularly with hitting a dead pull. So much so that he’s hit up Butch Harmon for the occasional lesson during their work together for Sky Sports.

Next up for Montgomerie is the Senior Open next week at Carnoustie. In the meantime he’ll relish his time here at Royal Troon, particularly the walk up the 18th on both Thursday and Sunday, even though the crowd was more sparse during the final round. He went through qualifying to play The Open this year and doesn’t know whether it’ll be his last. If it is, at least it came at a place he loves dearly, he grew up five houses down from the clubhouse.

“It is quite surreal in many ways to see the whole city that it is right now build up from what it was say four, five months ago when they first started building this place,” he said. “It is incredible what they’ve done.

“I’ve always loved playing in this championship. My Open record isn’t that great, really. I haven’t really performed that well, but at the same time I’ve always enjoyed the whole theater of the thing, and hopefully this won’t be my last.”