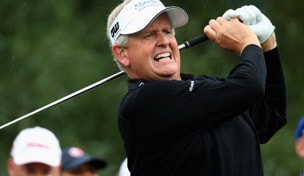 World Golf Hall of Famer Colin Montgomerie is backing the European Tour as complaints mount from top players who don’t like the new Race to Dubai participation rules for the Final Series.

Ernie Els and Charl Schwartzel are among players upset over the Tour’s requirement that players compete in two of the first three events of the Final Series to be eligible for the season-ending DP World Tour Championship.

“You can understand the European Tour's point of view,” Montgomerie said in a story posted on the BBC’s web site. “It’s difficult to find sponsors. The players are saying they are being dictated to and being told where to play, but you shouldn't have to be told to play for $7 million should you?

“They are professional golfers. That’s their job. I think the Tour should hold firm.”

Montgomerie is playing the Turkish Airlines Open this week.

“People are saying they can't play four events in a row,” Montgomerie said. “For goodness sake, I played 13 in a row when I was at my peak.

“Four in a row is not a lot, especially the way they are treated nowadays. They are like royalty with their private planes and suites. It's hardly a hassle, is it?”