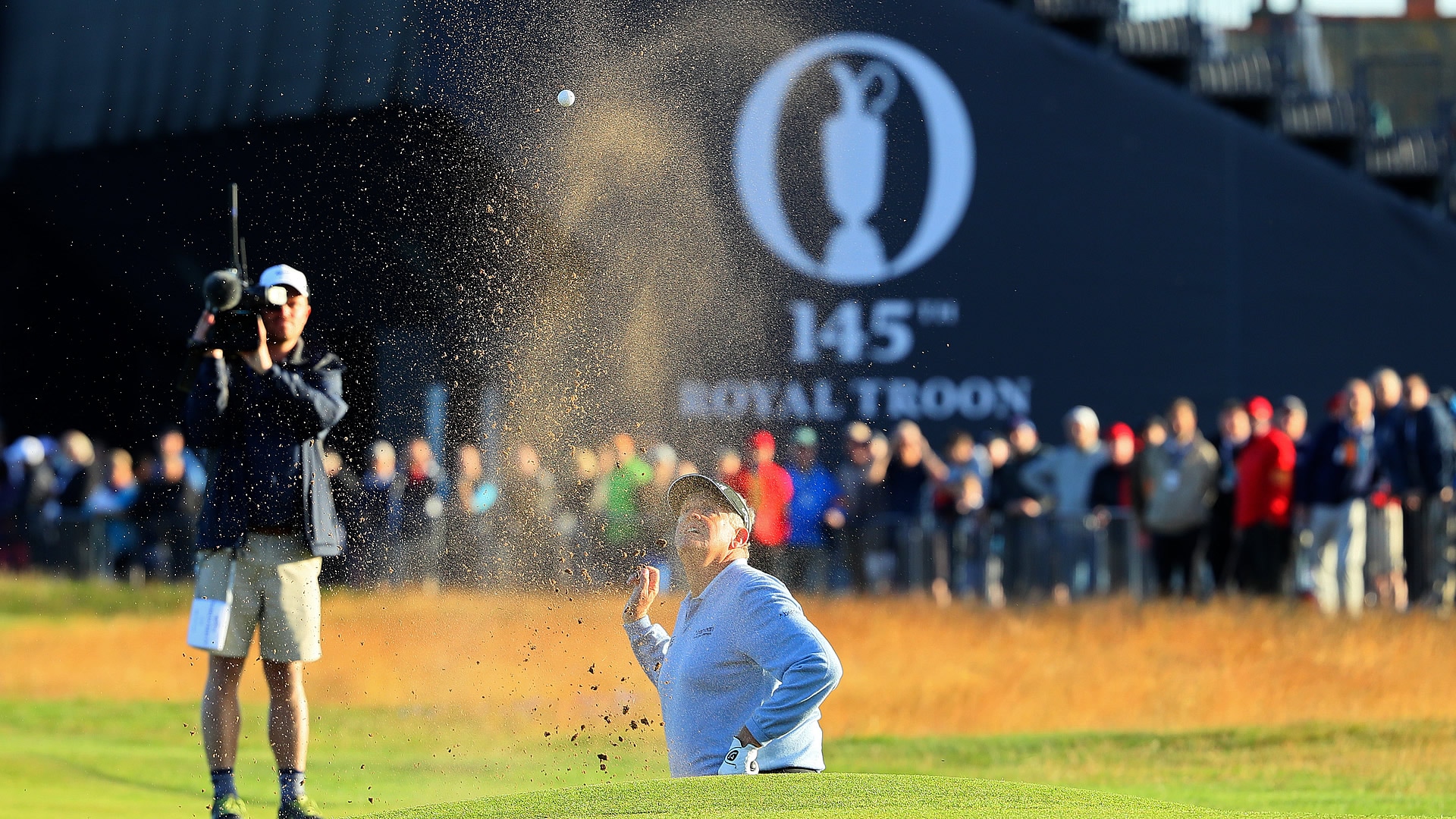 TROON, Scotland – Colin Montgomerie hit the first shot of the 145th Open. He also made the first double bogey.

And it was a good one, at that.

Montgomerie buried his approach shot at the par-4 first against the lip of a steep greenside bunker. He was unable to extract his first shot and then had to hit parallel to the green with his second effort. He managed to get up and down from there for an oddly satisfying 6.

“I tell you, the best shot I hit, probably one of the best shots of my life, was the fourth shot out of the bunker in the first, away from the hole. Amazing how that ball came out,” Montgomerie said.

“No one in the field would have gotten the first ball out of there. It was buried right in the face of the bunker. You saw it on television; it was horrendous. And the second one fell into a footprint, and my footprint is deeper than most, so that was no good. And then I hit a great shot to get it out of the bunker, and then a good up-and-down for 6, then did well.”

Montgomerie made five birdies in his next eight holes to turn in 3 under par. He gave those three shots away on the back nine and finished at even-par 71.

“I tell you what, a lot better players than me in the world of golf would have taken 71 after being 2 over at the first. One of the easiest holes, if not the easiest par 4 on the course,” he said.

“Yes, so I'm very proud of myself, yeah, for hanging on, because that was easy, easy to score 78 there. Simple.”

Montgomerie’s father, James, is a former secretary at Royal Troon and will soon become the club’s president. Monty began playing the sport at age 6 on Troon’s children’s course.

After qualifying for this year’s Open, Montgomerie was selected to hit the championship’s opening tee shot, something he called “a great honor.”

Even for a 53-year-old Hall of Fame member, Montgomerie still felt the nerves.

“I'd be inhuman if there wasn't. Very much so,” he said. “But I sort of dug deep into the Ryder Cup ways, where I'd let off the tee twice in the singles, led off the tee three or four times in the four-ball, foursomes. So it was that type of feeling.”

Montgomerie said earlier in the week that his goal was to walk up the 18th on Sunday, and that hasn’t changed. His diligent effort on Thursday gave him a good shot to accomplish that.