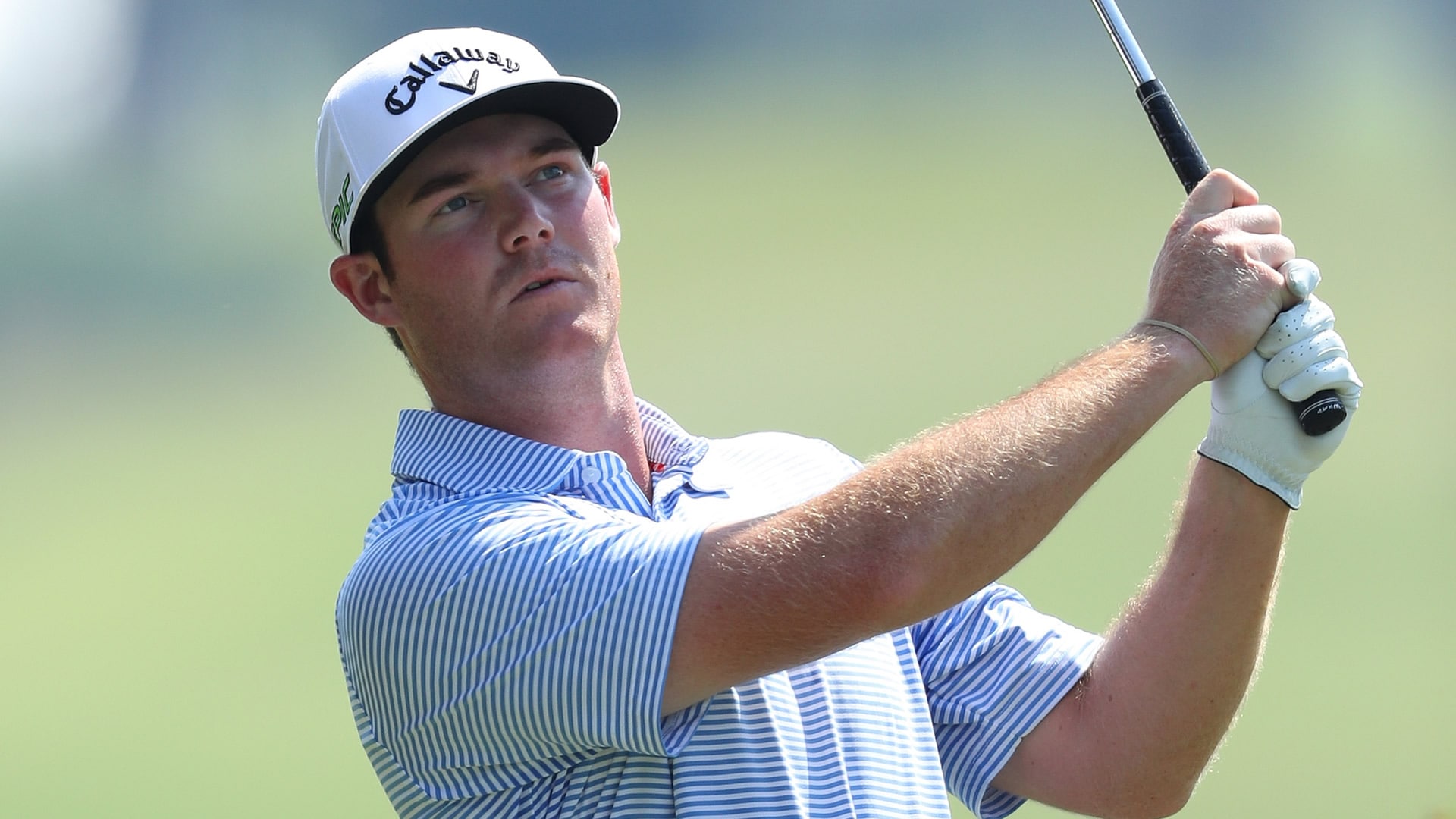 IRVING, Texas – Grayson Murray’s roller-coaster rookie season has been anything but boring.

It’s featured a couple of solid finishes, five missed cuts in a row, Twitter spats and a mid-round caddie departure.

On Friday, Murray flew up the leaderboard after he fired a bogey-free 63 at the AT&T Byron Nelson.

“It was stress-free,” Murray said. “I think I hit 16 greens. I can't even tell you last time I did that. It took a lot of pressure off the rest of my game, honestly. When I hit it in play, it seemed like we had a good look at birdie every hole.”

While the 63 was impressive, Murray said his 2-over 72 on Thursday gave him a boost given the blustery conditions and his lack of experience at TPC Four Seasons.

“I took a lot from it even though I shot 2 over, it was really tough conditions and it really kept me in the tournament, honestly,” he said. “It could have been a 5-, 6-over round and then you're trying just to make the cut … I knew coming out this morning the wind wasn't going to be as bad as it was yesterday afternoon. I didn't expect to shoot 7 under today, but I knew 5, 6 under was definitely out there.”

At 5 under par, Murray is in contention heading into the weekend. His best finish this season is a T-8 at the Sanderson Farms Championship last October.

PGA Tour winner Grayson Murray posted a lengthy, personal Twitter message on Friday night in which he revealed he was an alcoholic.